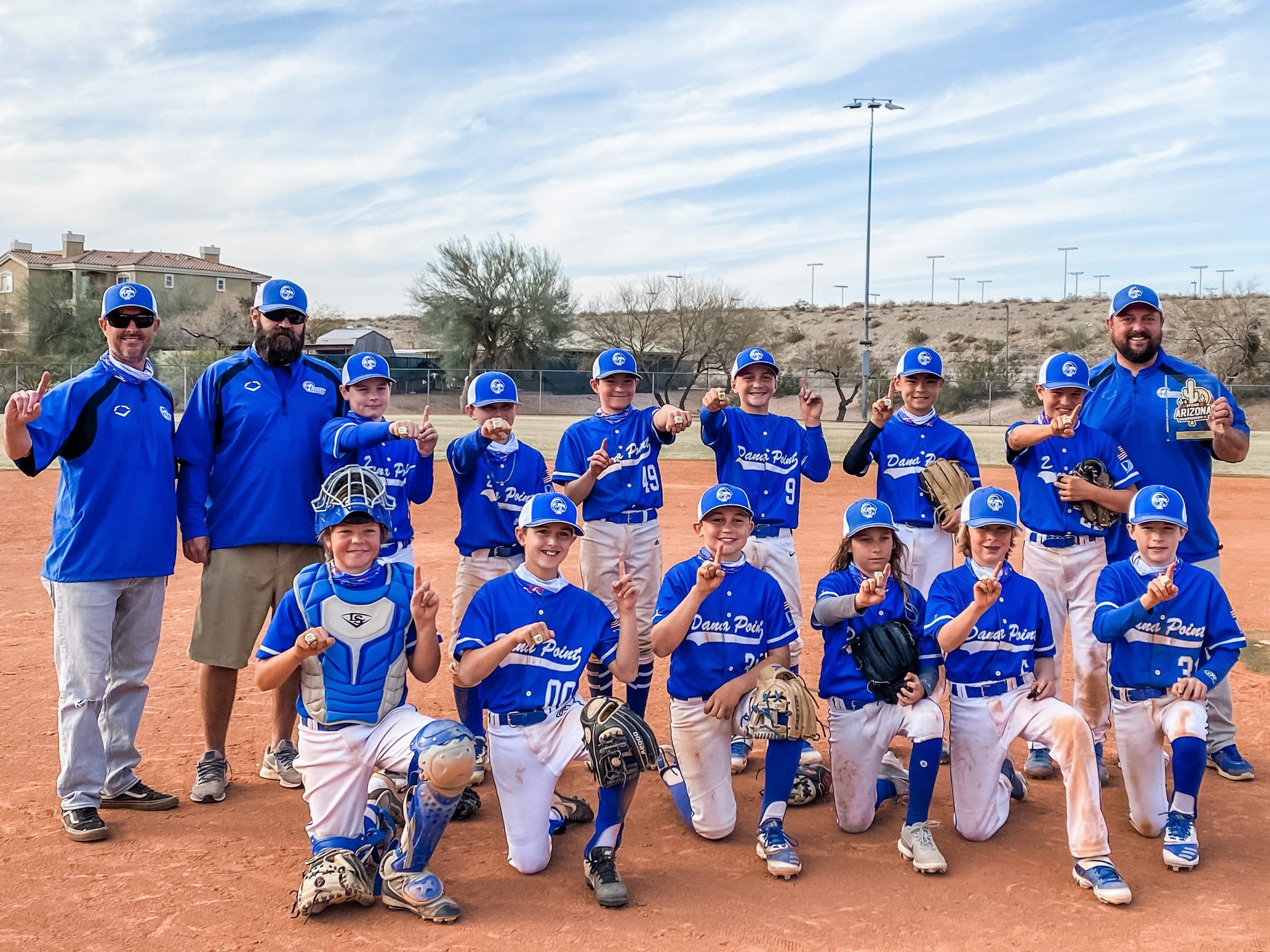 After earning national attention with an undefeated record at a championship in Arizona, a local youth baseball team has been invited to participate in a Georgia tournament.

Dana Point Youth Baseball, a local recreation baseball league, offers a Select program that is the league’s version of travel ball, known as the Tsunami.

“The Select Program allows for a more competitive experience, while staying tied to our community league,” said DPYB Tsunami Manager John Bibeau. “There is an added benefit of no monthly fees like those associated with outside travel ball teams.”

The Tsunami teams play league competition against other select and travel baseball teams from Orange County in both home and away games, as well as additional tournaments throughout the year.

“We firmly believe baseball should be enjoyed by all children regardless of their economic situation,” Bibeau said. “But it’s so much more than just baseball. My goal is to teach these young men how to play the game the right way, to be a positive impact on them—because this is about character building.”

The season officially started with the Triple Crown Spring Training Championship in Arizona in late March. Dana Point Youth Baseball sent six teams to Arizona ranging from 8U to 13U, with the 11U Tsunami team going 6-0 to win the championship. The tournament featured teams from California, Washington, Nevada, Arizona, Texas, Utah, and Colorado.

Etherton ran multiple team and individual sessions with the Tsunami. The Tsunami also hit their way to the largest run differential in the tournament, pulling in additional contributions from the bats of Eli Wolf, Jack Hogan and Wyatt Clark.

Since the start of the season, the Tsunami are 17-1-1 with four games remaining before the league championship tournament. The team is currently in first place in the Irvine Select League, which includes teams from Irvine, Orange, Santa Ana, Garden Grove, Walnut, Rancho Santa Margarita, Ladera Ranch, Newport, Placentia, Anaheim and Chino.

“Their success has garnered attention of Perfect Game, the Nation’s premier provider of amateur baseball events,” Bibeau said. “Perfect Game has invited the 11U Tsunami to participate in next month’s World Series in Marietta, Georgia.”

According to Bibeau, historically, the event has been contested by the absolute best-of-the-best, with teams from coast to coast battling it out for the right to call themselves World Series Champions. This year’s tournament features teams from dozens of states, plus Puerto Rico.

But unlike any season before, it will hopefully feature a team from Dana Point.

“This is about life lessons and character building through sports,” Bibeau said. “If you want to teach a young boy life skills, encourage them, challenge them and build them up. Even at 11, they have a picture of what the world will throw their way. Life has its share of heartaches and loss. People get sick, loved ones die, pandemics hit. But we offer a safe haven away from the challenges of life.”