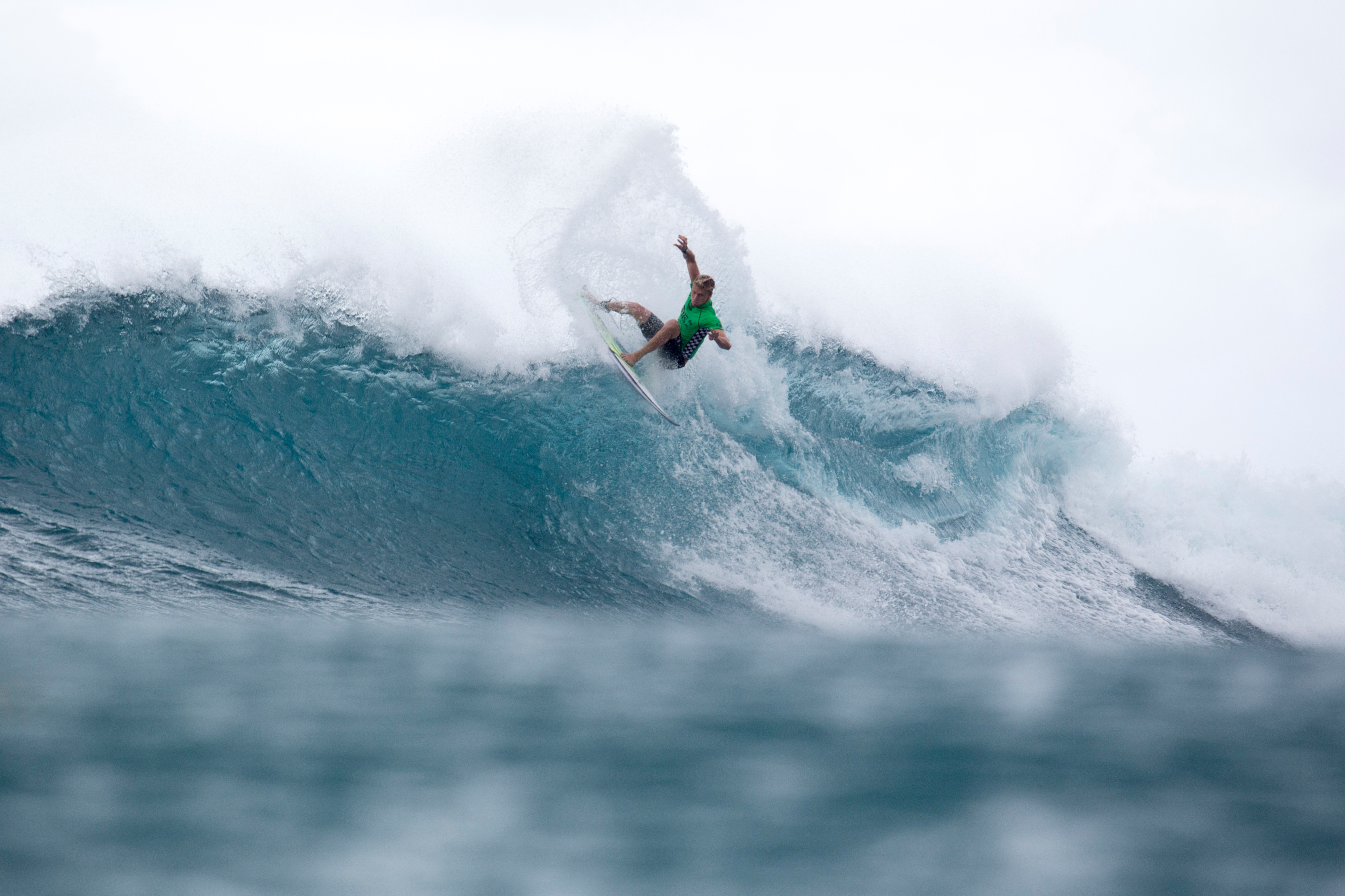 Double Trouble at the Triple Crown

“It’s safe to say that was the best three weeks of my life,” surmised Griffin Colapinto when the World Cup of Surfing was done and dusted.

It’s also safe to say that Colapinto’s not done yet. Last week, we reported on the 19-year-old San Clemente surfer’s bid to qualify for the 2018 World Surf League (WSL) Championship Tour—the biggest stage in surf. Well, what a difference a week makes.

Safely on tour next year, Colapinto went into the World Cup of Surfing at Sunset Beach with zero pressure on his shoulders. All he had to do was go out and surf. He ended up making the final alongside Lowers cohort, Kolohe Andino, and now leads the Vans Triple Crown ratings as well as the WSL’s Qualifying Series ratings. Because he’s fronting the Triple Crown ratings, Colapinto will now get the opportunity to surf in the Mike Stewart Pipeline Invitational, and if he can pull off another miracle, he’ll get his first opportunity to compete in the prestigious Billabong Pipe Masters.

But wait, it gets better. Finishing runner-up at Sunset Beach to Santa Barbara stylist Conner Coffin, Andino is also in contention for the Triple Crown title. He’s sitting in second, 1,000 points behind Colapinto in the ratings. Because he’s already a World Tour competitor, he’ll get an automatic bid into the Pipe Masters, which gets underway on Dec. 8.

“Sunset’s one of my favorite waves, and to have a friend like Griffin in the final, that’s pretty special,” Andino said.

Historically speaking, no competitive surfer from the San Clemente or Dana Point area has ever won the Triple Crown, so to have two guys sitting in first and second, that’s a huge deal. Most pro surfers consider winning the Triple Crown the next best thing to winning the world title. At the moment, the surf forecast for the North Shore of Oahu, Hawaii appears fairly promising. Colapinto and Andino are both in a white-hot rhythm. Stay tuned, this is potentially about to get really good.

Grom of the Week: Luke Wyler