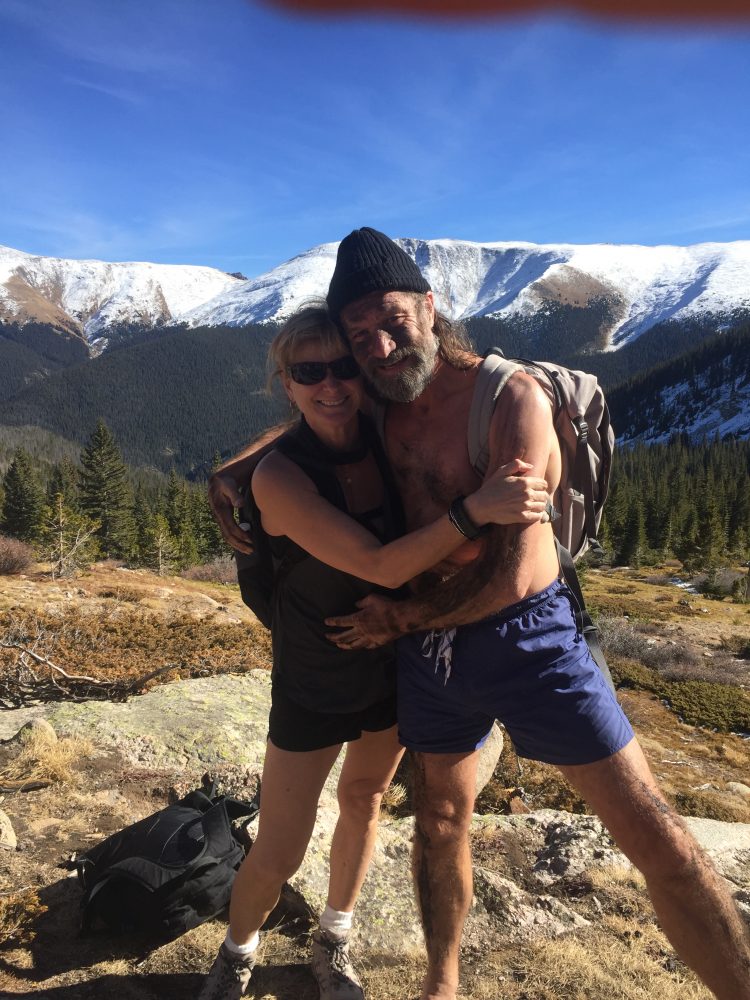 Wim Hof, the Dutch philosopher, author and athlete often referred to as “The Iceman,” holds more than 20 Guinness World Records for cold exposure, including climbing more than 22,000 feet of Mt. Everest dressed only in shorts and boots (he stopped short of the summit due to a foot injury). He is also one of the first people to partner with the scientific community to better understand what is possible in terms of human performances such as these. Following these record accomplishments, he trademarked his training technique that is now practiced around the world.

Diana Christinson, founder and owner of Pacific Ashtanga Yoga Shala in Capistrano Beach, was one of the first students to graduate from Wim Hof’s Innerfire Academy, and will offer a first-of-its-kind introduction to the Wim Hof Method (WHM) on Sunday, Feb. 18. Christinson is one of 27 people—and one of three women—to graduate as the first wave of American-certified WHM instructors after surviving a grueling course in the mountains of Colorado with Hof. She is Orange County’s only qualified instructor.

Participants will learn to use the WHM to gain control over the body and the mind using the three pillars of the WHM: breath, concentration and cold exposure, as well as study the science and research supporting those pillars.

“We’re going back to inner-nature. I don’t ‘endure’ the cold, I love it. I want to put love back in the world, and love is compiled of happiness, strength and health,” Hof said in Scott Carney’s book What Doesn’t Kill Us.

A substantial, and significant, body of scientific evidence supports that the WHM, which includes a series of oxygen-saturation-inducing breathing cycles, can regulate the immune and autoimmune systems, areas previously believed to be beyond conscious control.

For example, Hof was able to successfully fight off the effects of e-coli that had been injected into his bloodstream by raising his cortisol and adrenaline levels. These same results occurred in 12 WHM practitioners. Eight members of a control group who were injected, but were not trained in the WHF, reacted to the injection. Hof also holds a record for maintaining a stable internal body temperature while submerged in ice for one hour and 13 minutes, longer than any human in history.

Christinson, who holds a master’s degree in psychology, personally sought out Hof in order to become familiar with his method from a Pacific Ashtanga Yoga Shala patron. She is excited to help more people to health and wellness through the WHM.

“Practicing this method is accessible to nearly everyone. Performance athletes may use it to push their limits, but I’m excited by how the WHM has a noticeable, positive effect on mood, the immune system, the vascular system, the nervous system and the overall health of anyone who is willing to implement it. This is such a simple and powerful practice that has the potential to improve the health, well-being and quality of life for our communities,” Christinson said.

Jay Namson, from San Clemente, has been practicing the WHM every day since May 2017, and said he has seen dramatic improvements with his anxiety and general mood. He also testified that the WHM played a large role in healing a broken limb he suffered in 2016.

“There’s a medicine cabinet in our heads, and I’ve come to believe this helps us access it,” Namson said.

Christinson reiterated that the WHM is not solely about grandiose record-breaking achievements, but instead a discipline to heighten and enjoy your overall daily energy levels and mood.

“It’s not goal-oriented. I introduced my own mother to the WHF,” Chirstinson laughed. “She is 74. She says she feels sharper and sleeps better.”

Christinson explained that through his practice, Hof believes he has unlocked access to fundamental elements of human nature and abilities, and escape the “culture of comfort,” we have become.

Introduction to the Wim Hof Method with Diana Christinson