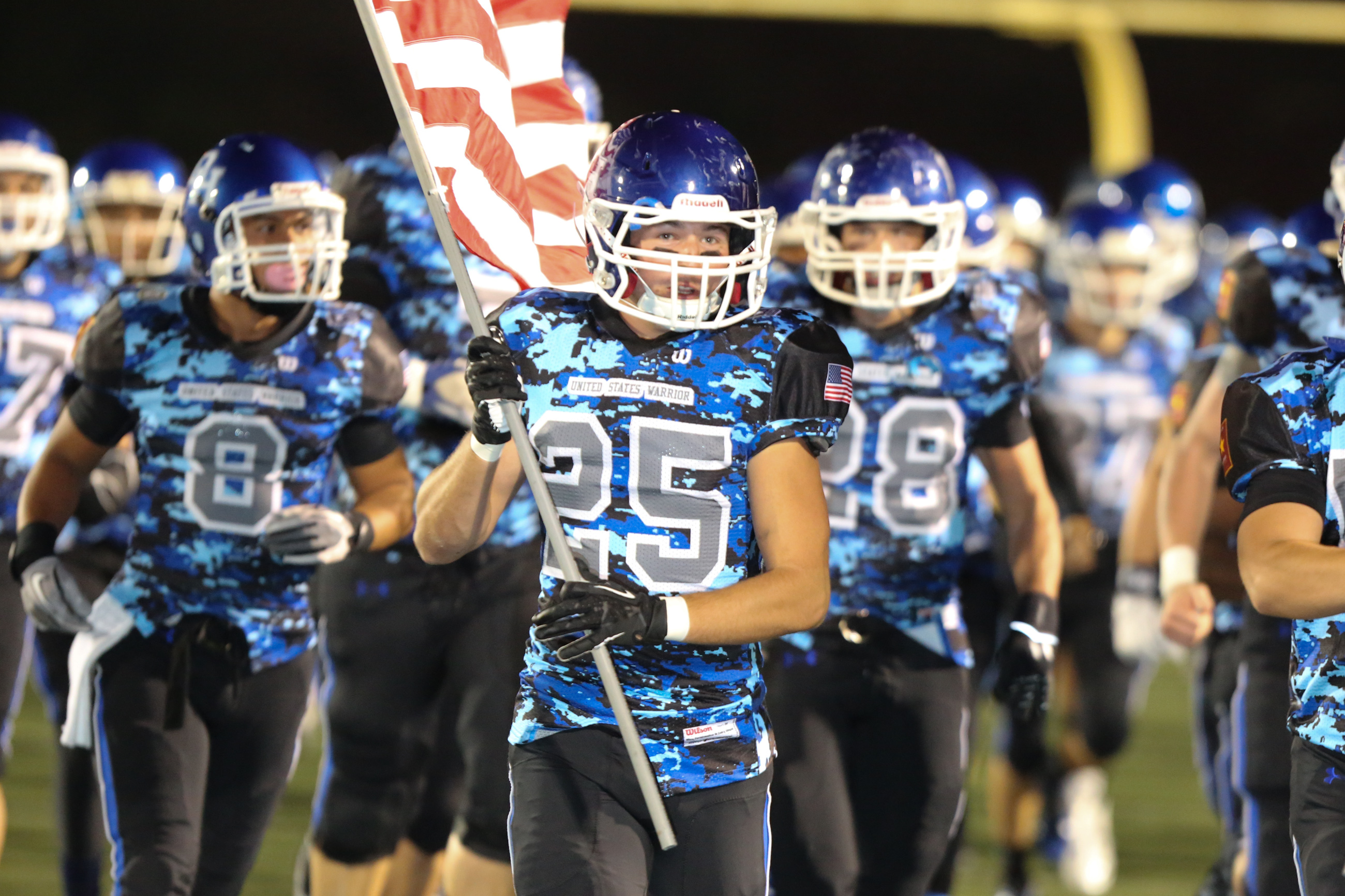 Last season the Dana Hills football team found itself in a position similar to the one they’re in now. Only this year, there are less contenders vying for the big prize.

Dana Hills (5-4, 3-0 league) has a chance to capture the Sea View League title on Friday, when they travel to play against San Juan Hills (8-1, 3-0). If the Dolphins succeed, it will be the school’s first outright football league title in its 40-year history.

The fact they had to share the Sea View League title with Laguna Hills and Capistrano Valley last year has been a chip on the shoulder of the Dolphins all season. It’s a motivator that has carried them through a tough preseason and now, a four-game win streak. All year the Dolphins players have discussed how much it would mean to claim the title outright.

Needless to say, Friday will be the biggest, most significant game the Dolphins have played in several years.

The same could be said for the Stallions, who are having a season of firsts. This is the first year San Juan Hills will finish league play with an above .500 record. It’s the first time they beat Laguna Hills, the perennial winner of the Sea View League, and it’s the first time they’ve even come close to sniffing a league title.

The Dolphins will rely on their experience in must-win games and the level of competition they played to in the preseason when they take the field Friday.

Dana Hills took their lumps in a must-win game last year against Laguna Hills, when the Hawks rallied in the fourth quarter for the win, ensuring a first-place tie. Even though they lost, the Dolphins gained valuable experience, like knowing how important it is to close out games.

“The players, especially the senior class, have a huge chip on their shoulders. They want to be the first outright league champs,” Dolphins head coach Todd Rusinkovich said.

Trabuco Hills, Villa Park and JSerra are just a few of the schools the Dolphins played in the preseason. There was not a soft game on the schedule. The Dolphins were in the mix in just about every one of them, priming the team for league play.

Once they hit league play, the Dolphins took off running. In three Sea View League games the Dolphins have outscored their opponents 143-49.

“We’re really battle tested. No one else has played the high-level Pac-5 football that we played (in preseason). That’s the mentality; it’s where we think we belong,” Dolphins senior quarterback Mac Vail said.

Both the Stallions and the Dolphins have been preparing for a physical football game in practice this week. Stallions head coach Aaron Flowers says the game will come down to who wins the battle at the line of scrimmage. It’s no secret the Dolphins like to run the ball with a talented back like Brian Scott in the backfield. The Dolphins also have a big and talented offensive line.

The Stallions have a quarterback in Jacob Gibson, who is making very few mistakes (23 touchdowns, two interceptions) and the running tandem of Brad Kremer and Mike Miscione that will keep the Dolphins defense honest. The Stallions defense has been as effective, if not more, than the Dolphins in league play, allowing only 25 points to be scored against them.

One team will enter the game with more experience, a battle tested bunch looking to one-up a championship effort from last year. The other comes in as the upstart, breakout team trying to establish a foothold. Come Friday, one team will cap off a historic, championship season.

“You wouldn’t want it any other way. It’s time to get after it and find out who is the champ, and who’s not,” Rusinkovich said.