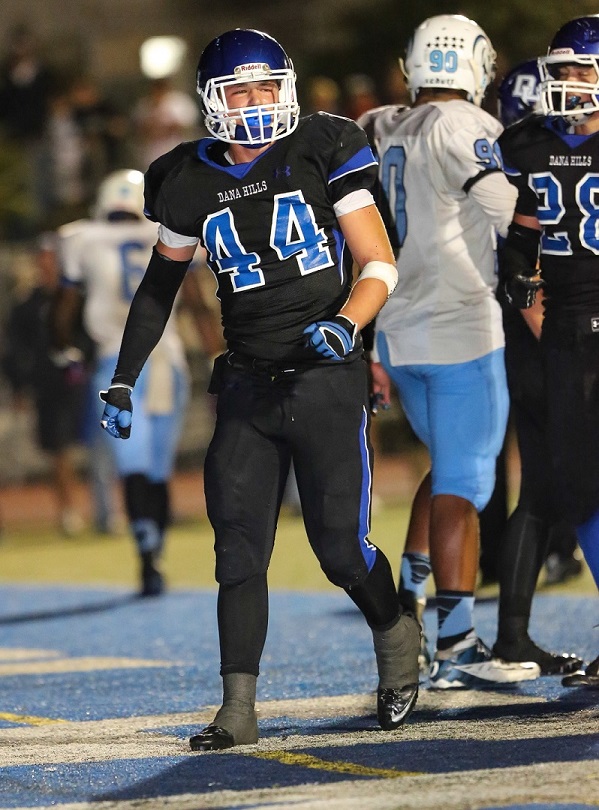 Some high school football programs in Orange County like to open their season with a game against a lower-division opponent in order to get used to game speed and shake off any rust.

That isn’t the case for Dana Hills. The Dolphins have put together a strong preseason schedule for the 2014 season, and it starts with an opening matchup with Tustin at home on Friday, Aug. 29.

Last year was a down year for the Tillers, who are three years removed from a CIF-SS Southwest Division Championship. In 2012, they fell one game short of appearing in the division finals for a second consecutive year.

In a drastic turn, Tustin went 1-9 last season. The Tillers will be a team looking to rebound in a big way when they come to Dolphins Stadium on Friday and they will bring a championship pedigree along with them.

Here are several things to keep an eye on during Friday night’s contest:

– The Dana Hills offense will be led by senior quarterback Cole Wilber, who will be making his first start as a Dolphin. Wilber transferred from Mission Viejo midseason of last year and has spent the offseason synching up with the Dolphins offense, particularly the receiving corps. Friday’s game will be a first look at how Wilber and the Dolphins receivers, led by returner Drew Falk and Ray Moslehi, will operate together.

– Due to a limited number of returning players with varsity minutes, Dana Hills will have several athletes playing both sides of the ball. Look for players like senior Brian Scott, who will start at both running back and safety, to make an impact.

– The Dolphins defensive formations are always interesting to watch. Last year, they continuously switched from a 4-3 to a 3-4 defensive front based on who they were playing. The defense is deep at the linebacker position, which allows them to move certain players around the field. The positioning of rising junior Corey Selenski, who played linebacker and defensive line last year, will be a key indicator of what the Dolphins are trying to do up front on defense.