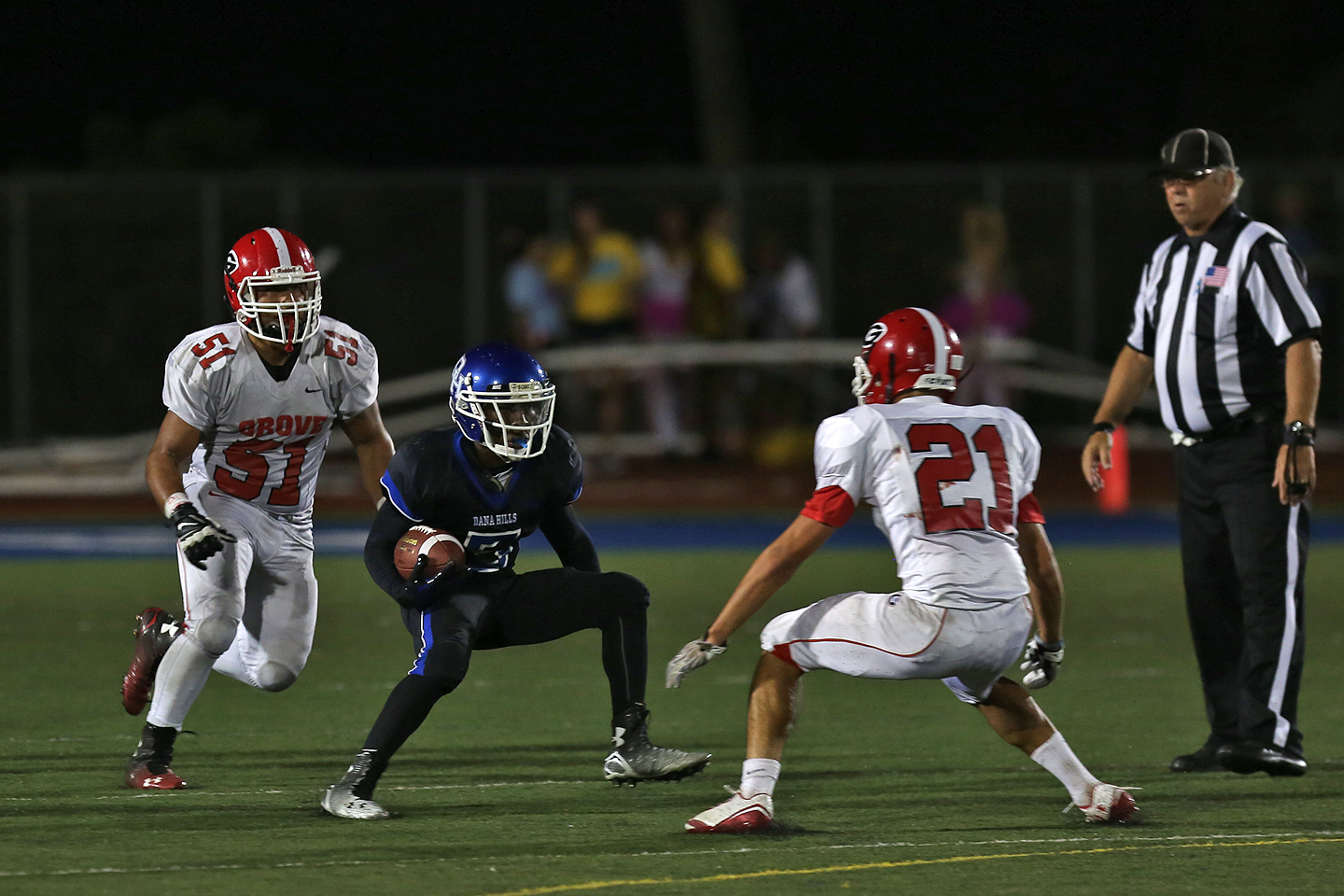 The Dana Hills football team’s season has been defined by the sequence of taking one step forward, two steps back.

Just when it seems the Dolphins gain momentum, either by taking the lead, forcing a crucial punt or answering when scored upon, their opponents have found ways to win the game. Dana Hills is 0-5 on the football field this season, but were recently awarded a forfeit win on Sept. 18 when it was ruled Villa Park used in ineligible player.

The Dolphins have kept their games close for much of their tough nonleague schedule. They had the ball on their opponent’s side of the field with a chance to win in the waning minutes of their season opening loss to Tustin. At halftime of their game against San Clemente, they trailed by only one touchdown. On Sept. 26, they narrowly lost to Garden Grove 14-12.

The Dolphins have been preparing for tonight’s game against visiting Cypress (3-1) like it is a one game season, head coach Todd Rusinkovich said. Their shot at gaining momentum before heading into South Coast League play will start tonight. Rusinkovich said the key for his team will be putting together four solid quarters of play, something they haven’t been able to do this season.

“In our past games, we’ve looked good at some points and then we look not so good at others. We’re just trying to put a full game together instead of kind of piecing together a good drive and going three and out the next time,” Rusinkovich said. “That’s our main goal, to consistently be successful and find a way to win each and every play.”

Injuries to key players, like standout wide receiver Andrew Falk and linebacker Brett Bill, have hindered the Dolphins efforts in past weeks. Falk has been sidelined all season but figures to return next week in time for league play.

Junior running back and defensive back Connor McCloud has been a bright spot on offense. McCloud has scored in consecutive games, rushing for a season-high 208 yards against Corona del Mar. Two-way player Jay Schuyler has emerged as the team’s leading tackler (60 total tackles) and receiver (250 yards, two touchdowns).