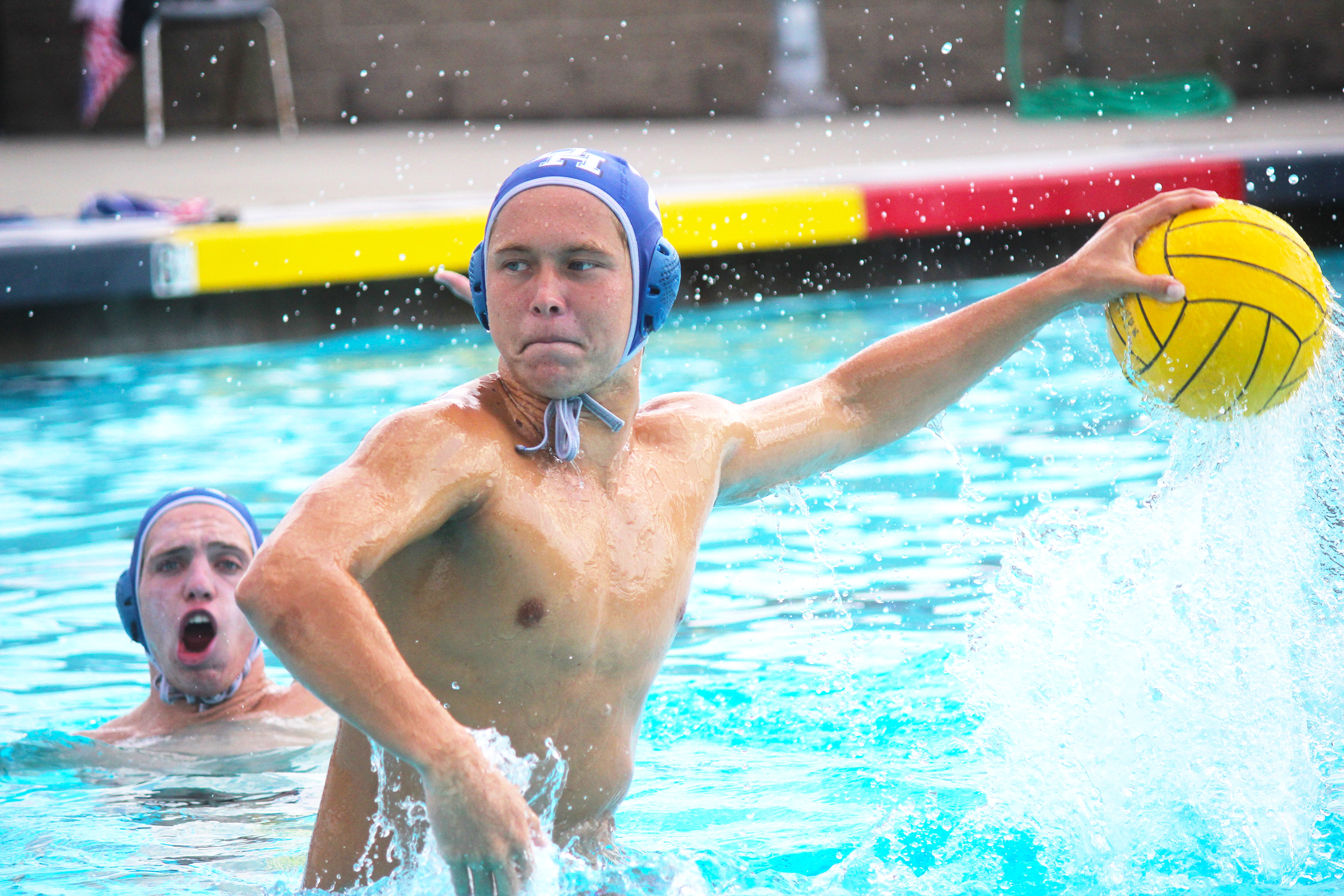 The 2017 high school sports fall season is underway. In our annual preview, we get you caught up to-date on all the Dana Hills High School teams that will be in action this fall.

For in-game updates, scores, news and more for all of the DHHS teams, follow us on Twitter @SouthOCsports.

The Dana Hills boys water polo team that takes to the pool this season will be among the youngest that coach Matt Rosa has ever guided in his long tenure as head of the program.

Just four starters with experience return, leaving the door open for a large group of underclassmen to break onto the roster and contribute.

However, the returning players the Dolphins have are good ones and offer plenty of experience. Four-year letterman and standout lefty Kai Hanson returns. As does senior James Daugherty and junior Kaden Likins, who Rosa expects to be the Dolphins leading scorer.

Sophomore goalie Justin Edward had to learn the ropes quickly as a freshman starting on varsity. Rosa said both Edward’s skills and confidence have improved and expects a solid sophomore campaign out of the netminder.

Outside of the returning four players, the Dolphins field players will be made up entirely of newcomers.

The scenario is a break from the Dolphins’ recent past, where they had a handful of returning standouts they relied on to produce every game.

“I’m excited for this group. We have a lot of young guys but we’re definitely more of a team this year,” Rosa said. “If we’re going to win, it’s going to be because of a team effort … I also think we have a deeper bench than I’ve had before. I feel confident going three, four guys off the bench, which I don’t think a lot of other teams in league have.”

Dana Hills entered the season as a team on the CIF-SS Division 1 and 2 preseason watch list and will vie for one of the South Coast League’s three playoff berths.

September will be an action-packed month for the Dolphins, who will travel to play nonleague matches against Foothill, Santa Margarita and several tournaments before heading into league play on Sept. 26.

The Dolphins placed first in the South Coast League, the Orange County Championships and finished second at both the CIF-SS Division 1 and CIF Division 1 State Championship meets.

The Dolphins went on to place 14th in the nation at the Nike Cross Nationals in Oregon.

“This team could be better than last year’s team,” Dunn said.

Behind one stellar senior and several main contributors from last year, the Dolphins have their sights set high as they enter 2017.

Senior Jack Landgraf will be the pace-setter at the top of the Dolphins rotation. Landgraf, who has raced in two Nike Cross Nationals, has emerged as the clear team leader. Dunn expects Landgraf to race out front and have the next four or five Dolphin runners to finish within 30 seconds of him, which should be a winning formula.

With so much experience back for a reload, the Dolphins are expecting to reach lofty heights yet again.

“I believe we have the ability and talent (to win state), it just depends on the work we want to put in,” Landgraf said. “But we definitely have the team to do it this year.”

Nearly every runner from last year’s team returns for the Dana Hills girls cross country team, which is a good sign for a young team that has had a lot of success.

Dana Hills lost its top runner from last year in Kathryn Kaloroumakis, but returns a strong trio that contributed plenty of points in 2016. The 1-2-3 combination at the top of the Dolphins rotation will be returners Lauren Soto, Leila Keyvan and Sarah Meng.

Coach Chris Cota said the three runners are all within seconds of one another and should be able to pile up points.

“All of the girls are coming back, so we’re going to be just as strong as we were last year, if not stronger,” Cota said. “They learned a lot last year and they’re older now, they’re smarter and might be a little bit better racers.”

Rounding out the team of returners that will add valuable depth are Holly Morales, Megan Geiger, Leyla Boyar and Marisa Gaitan.

Dana Hills has yet to run a varsity race, but after opening its season in Hawaii next week they will showcase their talents at the Dana Hills Invitational on Sept. 23.

The Dolphins, the reigning co-South Coast League champions, are 3-1 overall with wins over Mission Viejo and Beckman, one of the better programs in Orange County. The Dolphins lone loss came against University, a top team.

Dana Hills is carrying six players on its varsity roster and all six are returning players with experience.

Senior Averee Dovsek is leading the way with a team-low scoring average of 3.7 strokes above par. Sophomore Lauren Wahlstrom is not far behind. Dana Hills’ depth is bolstered by the return of juniors Isley Grguric, Katie Jacobson, Sam Lapple and Madeline Bayless.

“All these girls are working really hard on their own time, they all play tournaments year-round, so it’ll come together,” coach Glenn Forster said.

The Dolphins won’t have to wait long to face their rivals. The Dolphins and Tritons open league play against one another on Sept. 12 at Bella Colina Country Club.

The Dana Hills girls volleyball team began the season on the CIF-SS Division 1 teams to watch list, along with 14 other top teams. So far, the Dolphins have been living up to the ranking.

The Dolphins had a successful run playing in the Tae Kim Lakewood Molten Classic at Lakewood High last week.

Dana Hills defeated Valley Christian and Long Beach Wilson in pool play before falling to Harvard-Westlake. In the consolation bracket, the Dolphins defeated Yorba Linda in five sets and beat Esperanza in three to finish with a 4-1 record at the high-profile tournament.

The Dolphins picked up two more nonleague wins, against Woodbridge and Tesoro, respectively, on their home court this week.

After running away with the league title last season, Dana Hills figures to be the team to beat again in the Sea View League.

The win was a statement for the Dolphins squad, which returns a strong group of returning players that helped the team win a share of the South Coast League title and advance to the CIF-SS Division 1 quarterfinals one year ago.

Singles players Courtney Swift, the defending league singles champion, and Emilia Gorczyca return to anchor the singles rotation. Swift advanced to the round of 16 at the CIF-SS Individual Championships last year.

Dana Hills is playing a tough schedule, highlighted by a trip north to the Golden State Classic at Stanford this week. The Dolphins will get to play against 15 of the best teams in the country and will play inside Stanford’s Taube Tennis Center.