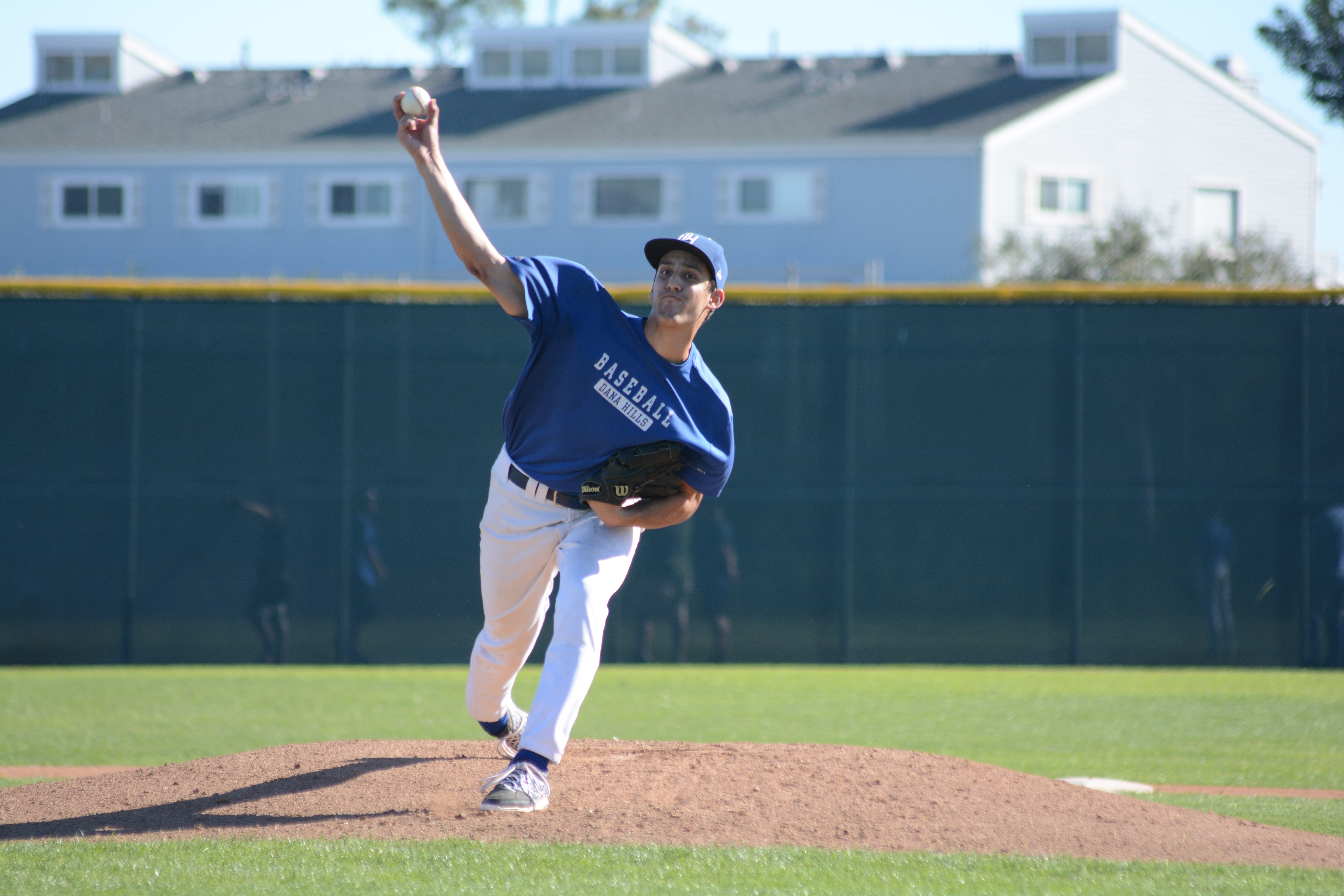 By Les Lukach, special to the Dana Point Times

The JSerra Catholic baseball program put on their annual Martin Luther King Jr. preseason baseball tournament over the weekend. Dana Hills High School was chosen, among several other area programs, as a designated host site for some of the top teams from the southland.

Les Lukach, who has covered prep baseball for five years and served as an associate scout for a Major League Baseball club, runs a dedicated sports blog, www.socalhsbaseball.blogspot.com, and got out to some games to take notes on up and coming Dolphins prospects. Here is what he observed over the weekend.

2017 RHP Hans Crouse: After recently decommitting from Mississippi State, Crouse has a number of Pac-12, Big 12, and ACC schools interested in his services and it’s easy to see why. He continues to impress with a fastball that works in the 89-93 mph range and a developing curveball that works in the 78-82 mph range. The intriguing part of Crouse is his arm speed that is off the charts good. He showed this weekend that he is not fearful of throwing his curveball in any count, which is rare in younger pitchers for whom that is not their primary pitch. I’d expect him to continue to add mass to his frame and potentially more velocity on his pitches. He needs to develop a third pitch in the next year in order to be a frontline college or pro prospect.

2015 UTIL Luke Williams (Cal Poly SLO): Williams is a flat out ballplayer that brings so many tools to the table, starting with his speed and instincts on the bases. A plus runner, he is a threat to swipe a bag against righties or lefties. Playing shortstop for the Dolphins shows his versatility given he’ll likely move to the outfield in college. Williams has really worked on developing his hit tool, which has gotten better over the last year. No longer simply a contact hitter, Williams is showing the ability to drive the ball to all parts of the ballpark.

2016 C David Clawson (BYU): A recent transfer from Mater Dei, where he started on varsity as a catcher last year, Clawson has really improved his hitting tool and it showed this weekend with his three standup doubles against Alemany. Already a consistent, above average catcher, Clawson is certain to garner the attention of pro scouts if he continues to hit because left-handed hitting offensive catchers are at a premium at the pro level.

2015 RHP Marrick Crouse (USF): The ace of last year’s staff will presumably continue in that role again this year. Working in the 89-92 mph range with his fastball, it is his developing breaking ball that has scouts intrigued. Despite having thrown a lot of innings during the showcase circuit over the summer and fall, Crouse continues to show a knack for getting outs and missing bats. His mental toughness on the mound sets him apart from other high ranking prospects in this year’s draft class.