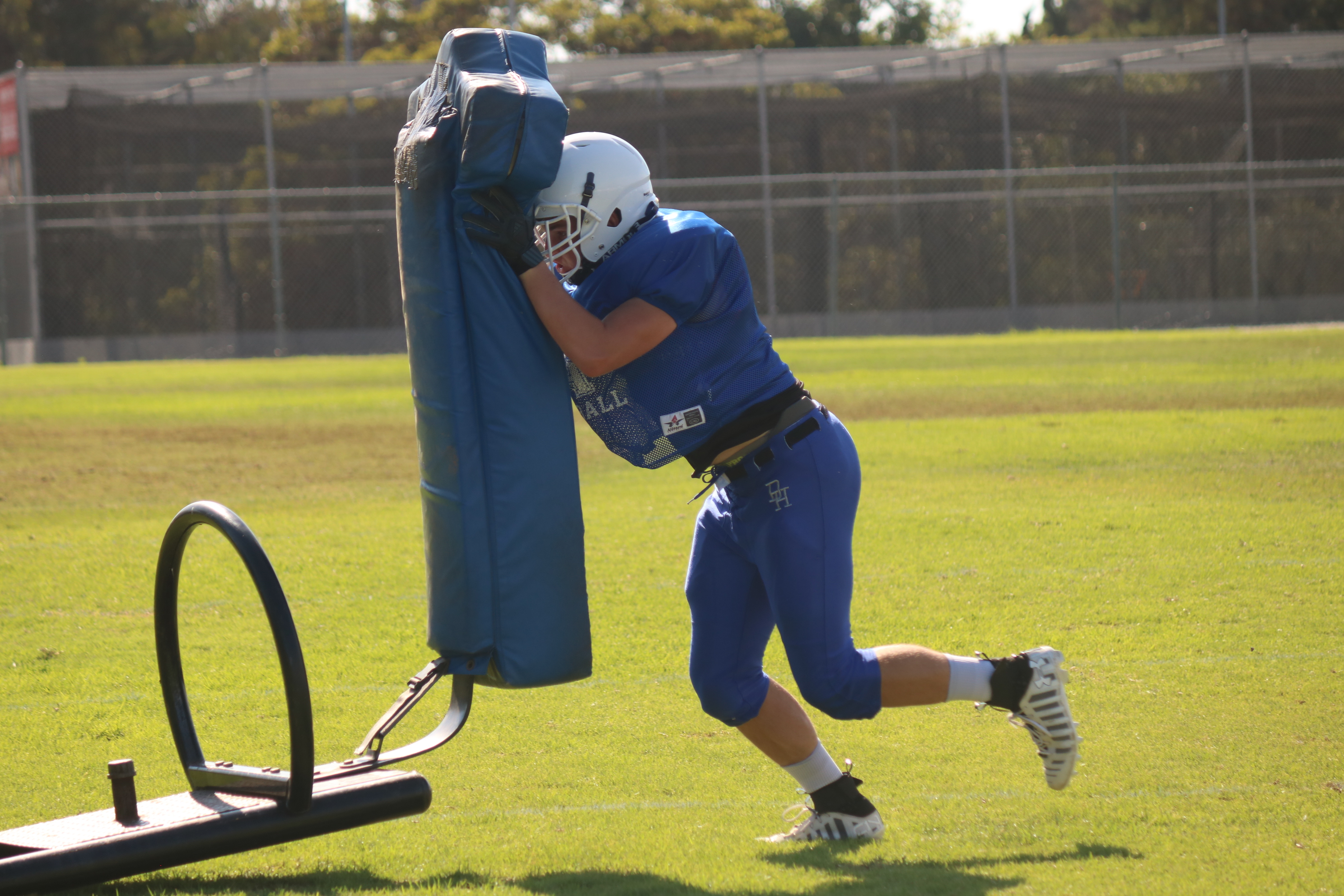 The Dolphins debuted their new field on Friday, Aug. 17, but Los Amigos spoiled the party by taking the back-and-forth affair with a fourth-quarter go-ahead score, 19-17, in both team’s season opener at Dana Hills High School.

Los Amigos (1-0) answered back in the second quarter with a 17-yard touchdown reception from Brian Pacheco to tie the game, 7-7. Pacheco also led the Lobos with 175 yards rushing on 28 carries and five receptions for 92 yards.

The Dolphins went back ahead on a 25-yard field goal from senior Mitchell Stock, but Los Amigos grabbed the lead heading into halftime with a 51-yard touchdown reception by Adolfo Chavez. Dana Hills junior Liam Boersma blocked his first of two extra points on the night to limit the score, 13-10.

In the third quarter, Dana Hills got out in front again on a 31-yard touchdown pass from junior Zack Saavedra to senior Max Burlison, 17-13. Burlison led all Dolphins receivers with five catches for 88 yards and pulled in an interception on defense. Saavedra finished 7 of 18 passing for 125 yards.

In the fourth quarter, Chavez put Los Amigos ahead again on a 15-yard reception from Brandon Tinoco for the win.

Dana Hills travels to Los Angeles on Friday, Aug. 24 to take on Lincoln (0-1). The Lions dropped their opener to Contreras, 7-6.

The opening of the 2018 girls volleyball season has been good to Dana Hills.

Over the weekend, the Dolphins advanced to the semifinals of the Tesoro tournament but fell to runner-up Beckman.

Dana Hills took on the Tesoro tournament winner San Clemente on Thursday, Aug. 23, but results were unavailable at press time.

The Dolphins play at Huntington Beach on Friday, Aug. 24 and at Fountain Valley on Tuesday, Aug. 28.