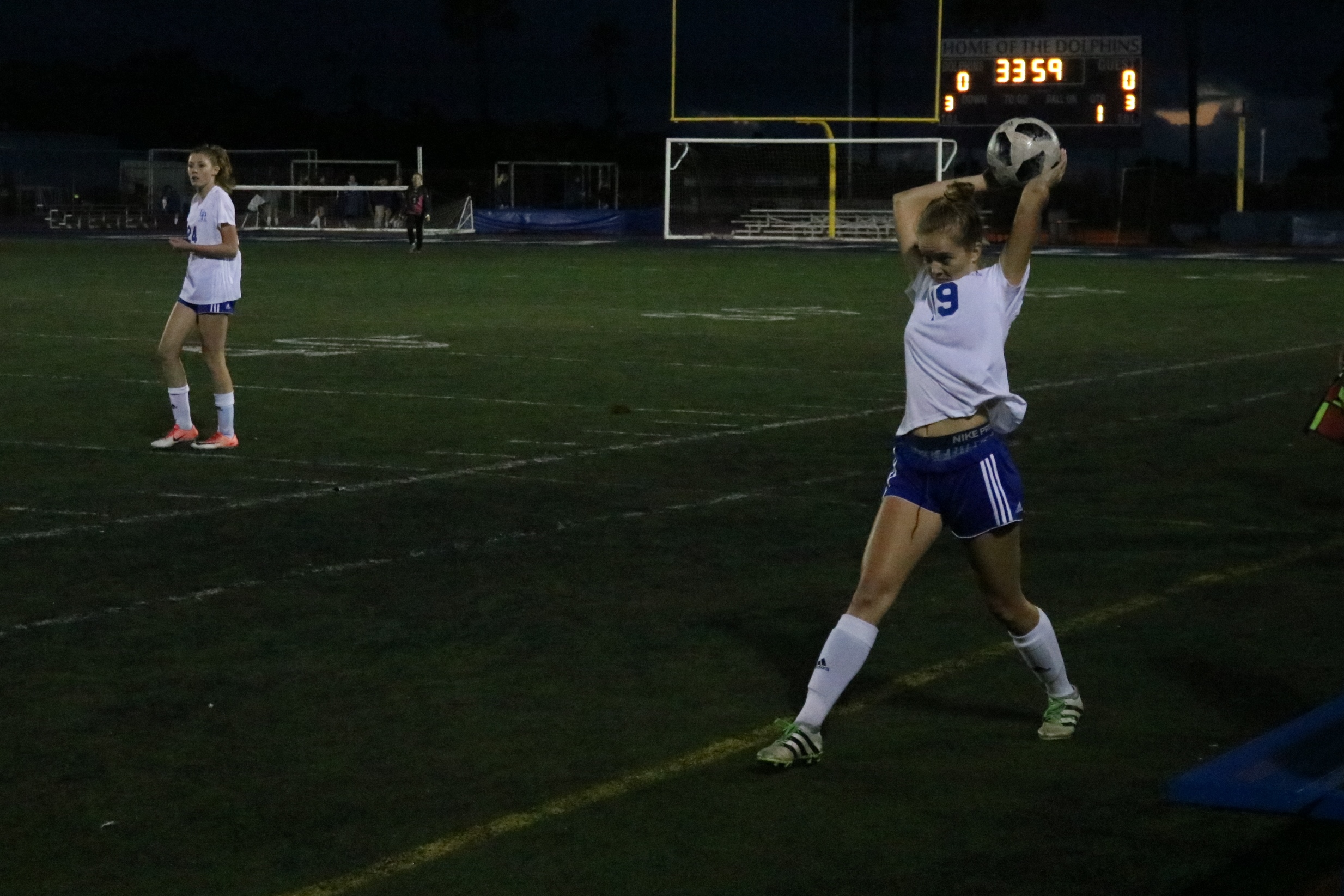 For in-game updates, news and more for all Dana Hills sports programs, follow us on Twitter @SouthOCSports.

As the winter sports regular season comes to a close, let’s check in on which teams are or could be moving on to the CIF-SS postseason. CIF-SS playoff brackets will be released for girls water polo on Saturday, Feb 10, for basketball on Sunday, Feb. 11 and for soccer on Monday, Feb. 12.

Girls basketball clinched its first Sea View League title since 2013 and advanced to the Division 2A playoffs. The Dolphins (17-8, 8-0) completed their “unfinished business” of back-to-back second-place finishes by clinching the title outright with a win over Trabuco Hills, 57-40, on Feb. 7. Dana Hills was ranked No. 8 in the latest division poll.

Boys basketball finished in fourth place in the Sea View League and will have to wait until Sunday for a possible at-large selection in Division 4AA. Dana Hills (14-14, 2-6) was ranked No. 14 in the latest division poll. The Dolphins haven’t made the playoffs since 2014.

Girls soccer finished third in the South Coast League and advanced to the Division 1 playoffs. Dana Hills (5-8-4, 3-3-2) has made the playoffs four years in a row but failed to get out of the first round in each of the last three seasons.

Boys soccer finished second in the Sea View League and advanced to the Division 2 playoffs. Dana Hills (10-8-3, 3-3-2) finished tied with Trabuco Hills but earned the tiebreaker for the No. 2 spot in the season series. It will be the Dolphins’ first playoff appearance since 2013.