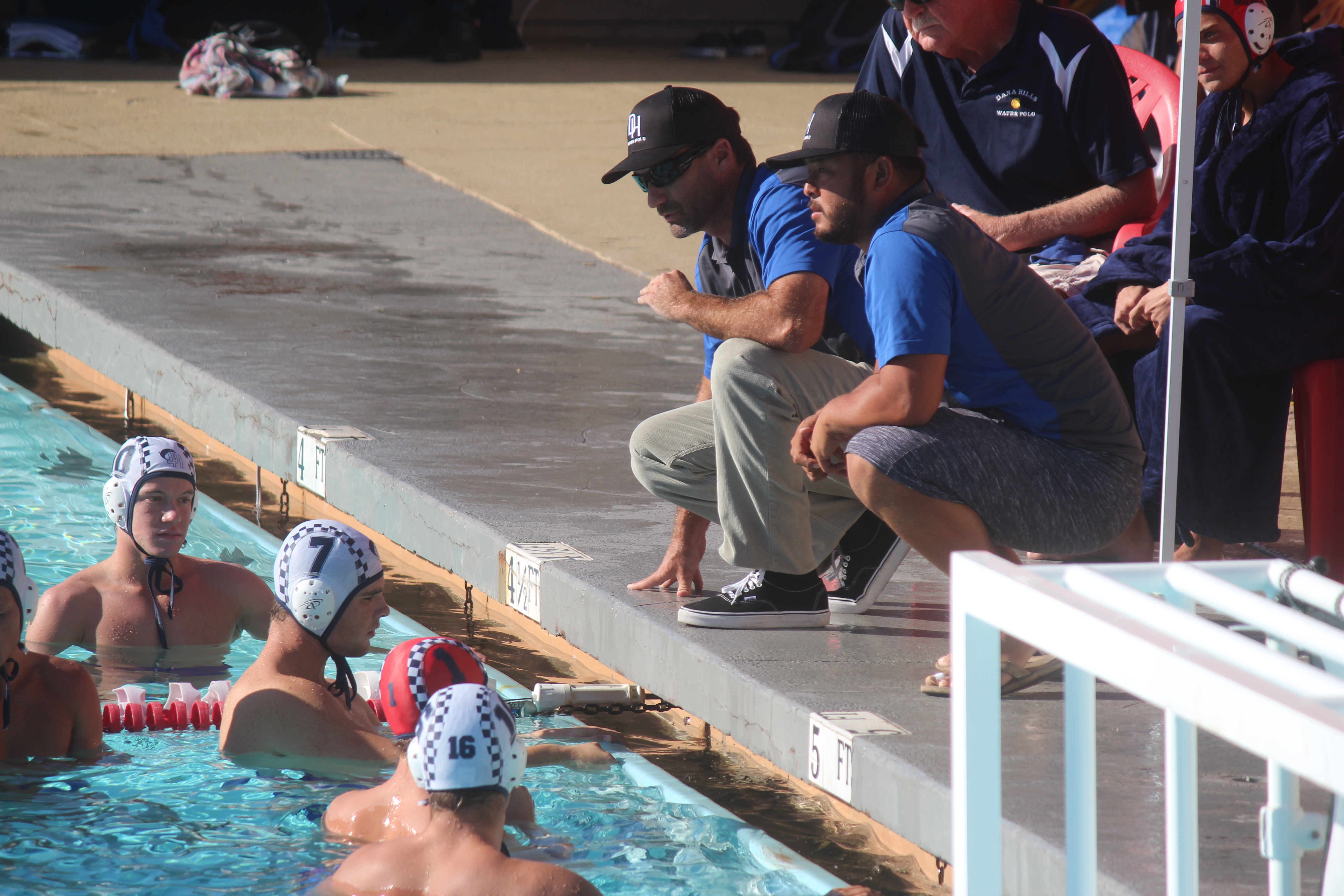 After one full round of South Coast League play, the Dana Hills and El Toro boys water polo teams are gearing up for a re-match that could decide the league title.

The second-place Dolphins, winners of three straight league contests, will host the first-place Chargers on Oct. 20. If the second game between the two programs is as good as the first, fans can expect a high-energy game that comes down to the wire. El Toro (13-6, 3-0 league) narrowly defeated the Dolphins (10-8, 3-1) in a double overtime thriller on Sept. 20.

Since then, both teams have made a full rotation through league play and neither has faltered with a loss.

The Dana Hills football team will make its return to the Sea View League for the first time since 2013 on Oct. 14. The Dolphins (1-5) will travel to play Laguna Hills (3-3, 0-1), a team that is coming off its most lopsided loss of the season.

The Hawks were throttled by Capistrano Valley 40-3 in both teams’ league opener last week. The Dolphins shouldn’t expect the Hawks’ offense to stay dormant for a second consecutive game. The Hawks have posted at least 28 points in three of their six games this season, and have played a much tougher schedule than Dana Hills up to this point. Standout wide receiver Logan Montgomery will lead the Hawks’ offense.

Dana Hills will also enter Friday’s matchup on the heels of a lopsided loss. The Dolphins lost to Fullerton 50-14 on the road last week. Dana Hills quarterback Corey Cisowski continued his productive season against Fullerton, completing 22 of 37 passes for 219 yards, two touchdowns and two interceptions.

The Dana Hills girls golf team controls its own fate in the South Coast League standings. The first-place Dolphins (16-7, 7-2) have one game against Aliso Niguel left on their schedule. A win over the Wolverines would guarantee at least a share of the league title.

Trabuco Hills and San Clemente are lurking behind with 5-2 records in league. The Mustangs were set to play El Toro and the Tritons were scheduled to play Tesoro on Oct. 13. Results for both matches were not available at press time.

Racing on the course that will decide the CIF State Championship later this season, the Dana Hills boys and girls cross country teams had solid showings at the Clovis Invitational on Oct. 8. The boys team placed third and the girls took seventh.