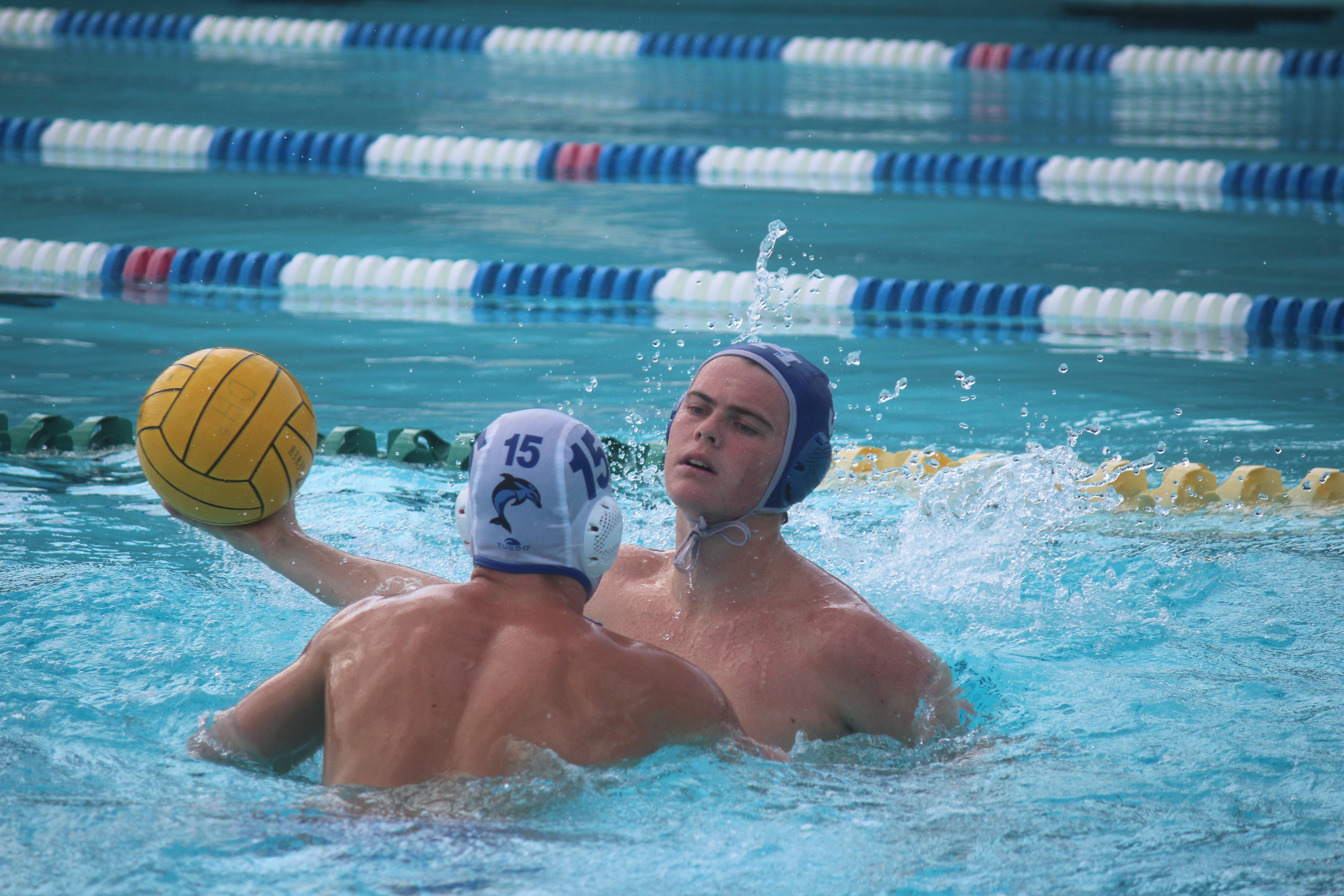 Dolphin Report: Water Polo Falls to Breakers in First Round, Tennis Advances to Second Round

After taking a two games-to-one lead in a first-round playoff game against Trabuco Hills on Oct. 31, the Dana Hills girls volleyball team watched as the Mustangs came roaring back to claim the final two sets and secure a five-set victory.

It was the second time this season the Mustangs beat the Dolphins. The two teams squared off in a nonleague contest on Sept. 21.

The loss snapped what had been a 15-game Dana Hills winning streak. The Dolphins (24-5, 8-0 league) swept their way to a Sea View League title this season.

After surviving a wild-card play-in game, the Dana Hills boys water polo team lost to Laguna Beach on the road in the first round of the CIF-SS Division 2 playoffs on Nov. 2.

The Breakers defeated the Dolphins, 13-6, to advance to the second round.

The Dana Hills boys and girls cross country teams only had one crack at the Irvine Regional Park course on Nov. 2 racing in the South Coast League finals.

Due to the wildfires that swept through the area last month, the league’s prelim meet, which gives runners a chance to not only scout the course but also the competition, was canceled.

Results from the race were not available at press time.

The boys team entered the league finals as the reigning league champions. The girls team placed second one year ago.

The cross country season is beginning to heat up, as the teams will head to the CIF-SS Division 1 Championship Prelims meet in Riverside on Friday, Nov. 10.

An outstanding performance by its doubles teams powered the Dana Hills girls tennis team past visiting Mater Dei in the first round of the CIF-SS Division 1 Championships on Nov. 1.

The Dolphins won just one singles point, but won all nine possible doubles’ points to earn a 10-8 victory.

Dana Hills will travel to play Oaks Christian in the second round on Nov. 3.

University won the tournament with a team score of 365.

The tournament marks the end to the Dolphins’ season. Dana Hills placed second in the South Coast League and will return a strong crop of players next year.

So far this season, no team has been able to stop the Capistrano Valley football team. Dana Hills will attempt to be the team that puts an end to the Cougars’ undefeated streak on Friday, Nov. 3.

The Dana Hills defense will be tested by a strong Capo Valley offense, which is led by junior quarterback Nathan Manning. Manning is averaging 255 passing yards per game and has thrown 27 touchdowns to just seven interceptions.

Six different Capo Valley receivers have caught at least two touchdowns, showing that Manning likes to spread the ball around the field.