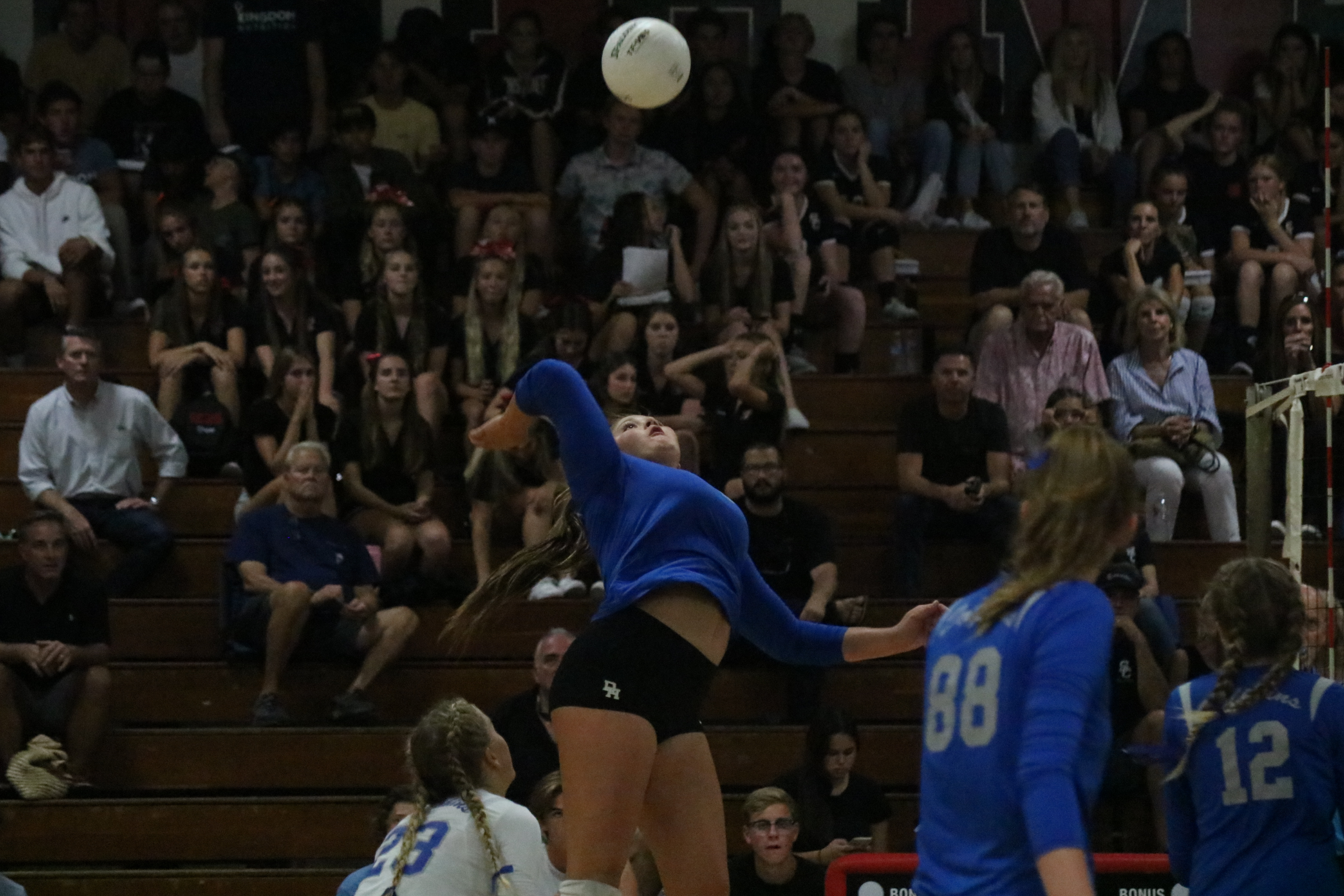 After a school-record 6-0 start, the Dana Hills football team has entered league play with back-to-back losses.

After the Dolphins (6-2, 0-2) dropped their Sea View League opener to Laguna Hills on an overtime two-point conversion, things didn’t get better at Trabuco Hills on Friday, Oct. 11.

The Mustangs racked up 534 yards of offense in a rout of Dana Hills, 42-14. Trabuco Hills had a 100-yard rusher, 238 total yards rushing and three rushing touchdowns. The Mustangs also deployed two quarterbacks, and each threw for more than 100 yards with three total passing touchdowns.

Despite not recording a sack in either of the past two games, Dana Hills senior defensive end Liam Boersma maintains his national sacks lead with 18.5, according to MaxPreps. Three players trail Boersma with 17 sacks.

The Dolphins play their final home game of the year on Friday, Oct. 18 against rival Aliso Niguel.

Last season’s clash between the Dolphins and Wolverines was a defensive struggle. Aliso Niguel took the win, 13-3.