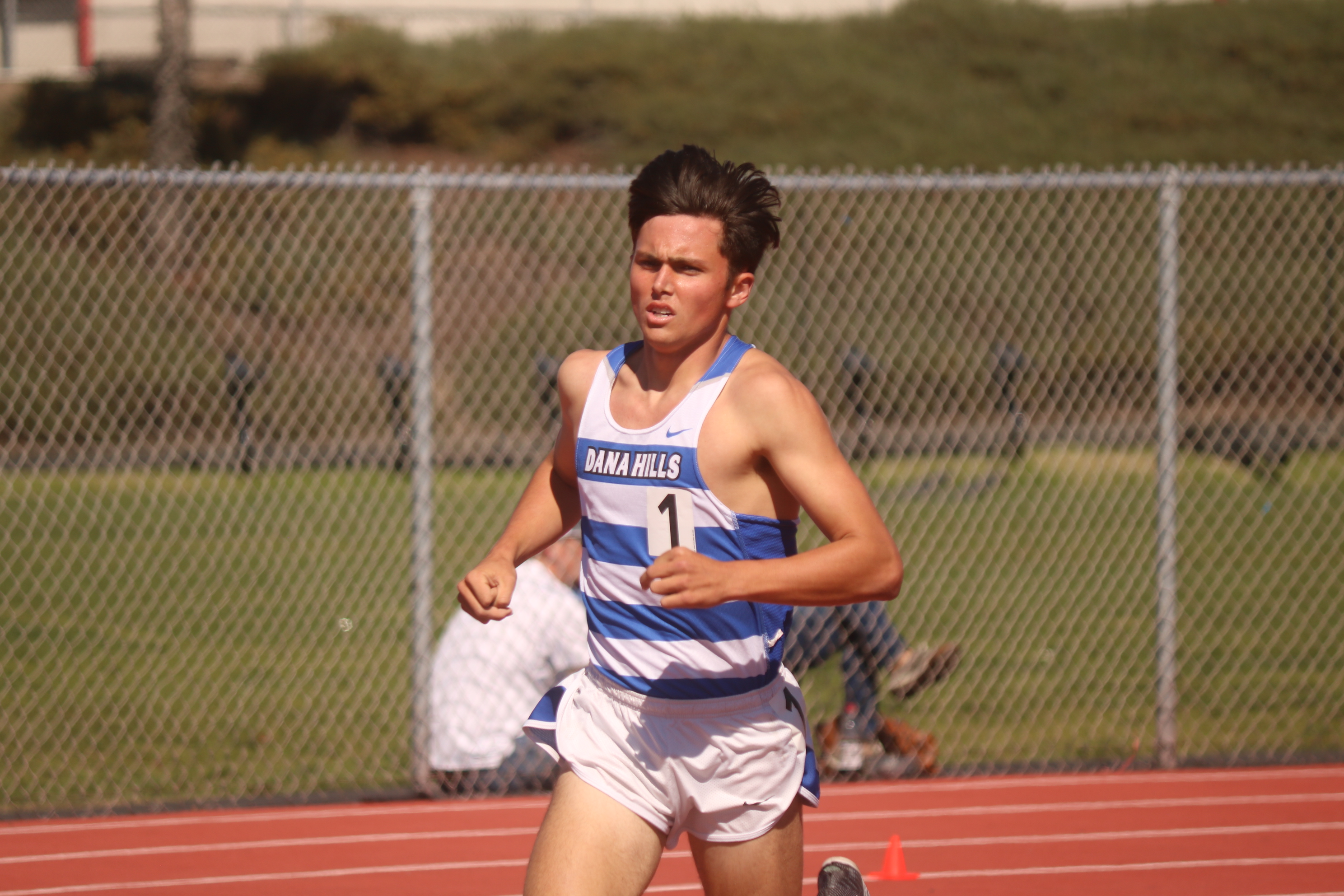 Four Dana Hills entries advanced on to the CIF-SS Masters with their performances at the CIF-SS Division 1 Finals on Saturday, May 19 at El Camino College in Torrance.

Junior Hailey Ray was part of two entries that advanced in the 300-meter hurdles and 4×400-meter relay.

Ray posted a personal record in the 300 hurdles at 44.03 seconds to finish seventh in Division 1. The time was one of the top 11 overall to advance.

Ray was also part of the 4×100-meter relay team that won its preliminary heat the previous week with the third-best prelims time. However, the Dolphins team got disqualified in the final and did not advance.

Landgraf finished seventh in Division 1 at 9:08.25 but was one of the top 14 overall times to move on.

In discus, McKhann threw 168 feet, seven inches for sixth in Division 1 to advance.

Pellini advanced to the semifinals of the one-meter diving event and finished 17th with a score of 282.20.

Pellini qualified for State by finishing fourth at the CIF-SS Division 1 Finals on May 9, Pellini posted a score of 401.80.

Baseball put up a fight but lost to El Toro, 3-1, on the road in the first round of the Division 1 playoffs on Friday, May 18. Dana Hills drew first blood against the defending Division 1 champions with a run in the top of the third inning. El Toro came back with three runs in the bottom of the third and held the Dolphins off the board for the rest of the game. Dana Hills finished second in the Sea View League and joins the South Coast League with El Toro next season.

Softball fell in the first round of Division 1 on the road at Orange Lutheran, 12-1, on Thursday, May 17. The Trinity League champion Lancers scored runs in each of the first four innings for a 10-0 lead. Dana Hills staved off the run rule in the fifth inning with its first run, but Orange Lutheran scored two runs in the sixth to end the game. The Dolphins finished second in the Sea View League this season.