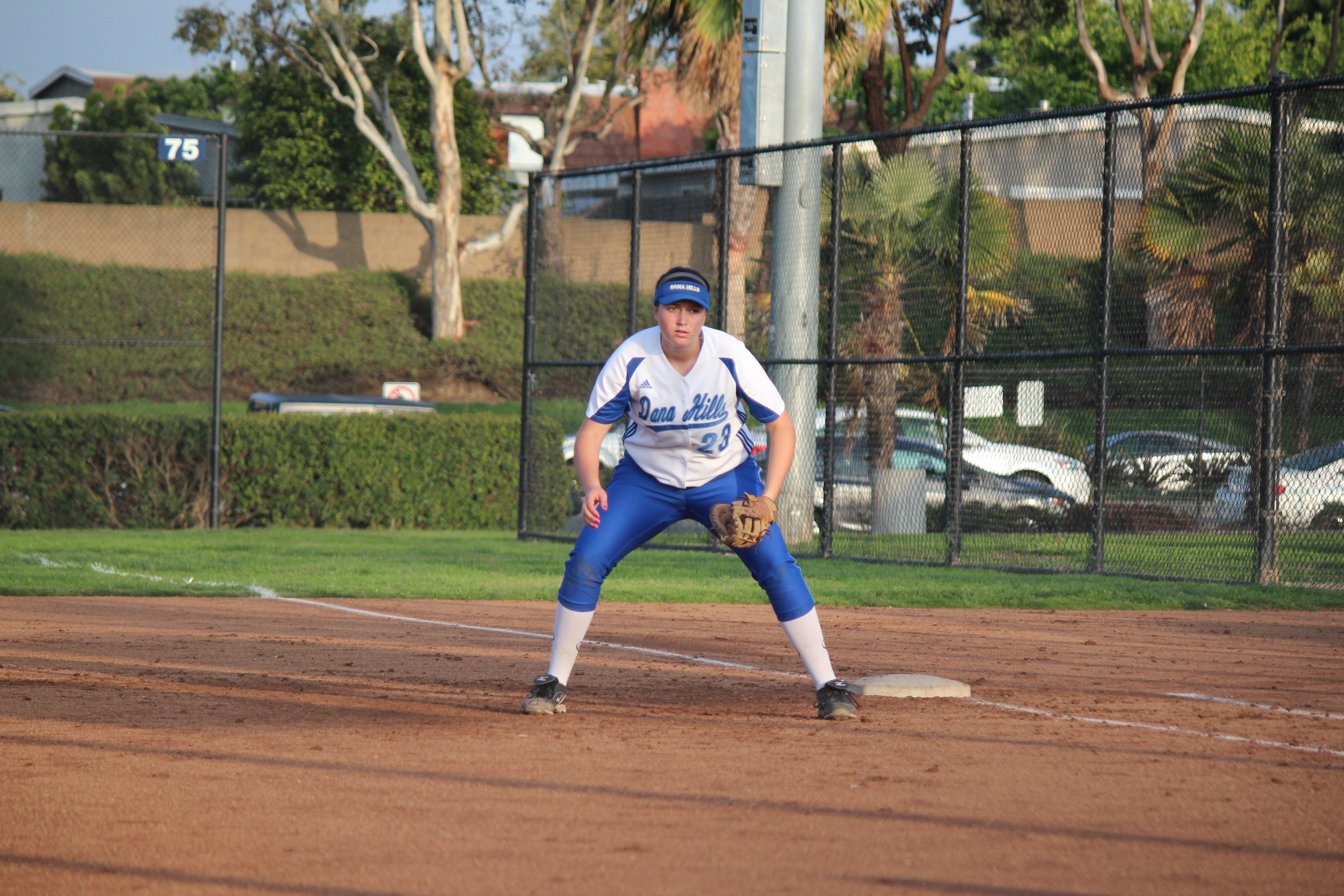 Dolphins Softball on the Winning Path

Under first-year head coach Brandon Cosenza, the Dana Hills softball team is off to a 6-2 start. The Dolphins schedule has been full of tournament play and the team is coming off a narrow 10-9 win over Gahr in their final game of the Northwood Tournament on March 15, which was their fourth victory in a row.

The Dolphins have been getting production from throughout their lineup and boast a .325 team batting average in eight games played. Junior Madison Killebrew has been on a tear at the plate and has recorded at least one hit in all but two games. In the Dolphins win over Gahr, Killebrew went 3-for-4 with a home run and three RBIs.

The Dolphins were set to play a double header against Aliso Niguel on March 20. Results were not available at press time.

Last season, the Dana Hills baseball team lost a lot of close, one- and two-run games. This year, at least in the early going, it seems the Dolphins are on pace to reverse that trend.

The Dolphins are coming off a 4-1 overall effort in the Loara Tournament, where they placed seventh.

Dana Hills (5-2) won three one-run games in the tournament and lost their only game by one run against Lakewood on March 8.

In the Dolphins tournament-opening 7-6 victory over Canyon on March 6, junior outfielder Luke Williams hit a grand-slam home run. After losing to Lakewood, Dana Hills beat Pacifica, 5-4, and Santa Margartia, 2-1. In their final game the Dolphins breezed past Cypress, 6-1.

Senior pitcher Louis Raymond has been effective in 20 innings pitched. Raymond holds a 3-0 record in four appearances to go along with a sparkling 1.05 ERA.

The Dolphins will open Sea View League play on the road against reigning champion Aliso Niguel on March 21.

Competing in the inaugural South County Classic on March 14, the Dana Hills girls track and field 4×400 relay team posted a state-best time of 3:55.99, beating second-place Mater Dei by half a second.