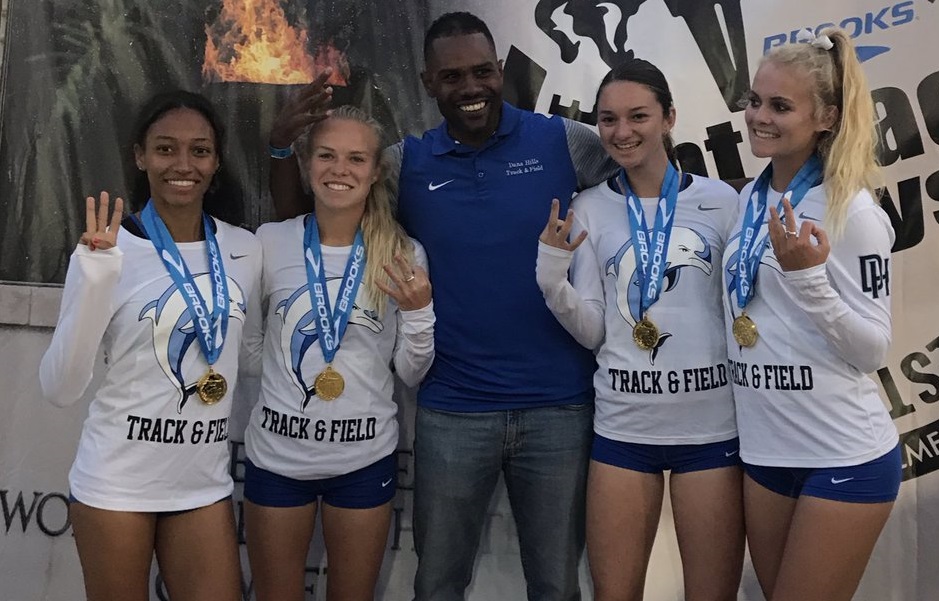 The Dana Hills track and field team had another successful start to the postseason at the CIF-SS Division 1 preliminaries on Saturday, May 4 at Trabuco Hills High School.

The Dolphins qualified eight girls entries and three boys entries into the CIF-SS Finals, which will be contested on Saturday, May 11 at El Camino College in Torrance.

Both Ray and Rind also helped both Dolphin relays teams qualify for the CIF-SS Finals.

A pair of sophomores, Logan Daniels and Jillian Staford, earned the final two qualifying spots in the girls discus. Daniels threw for a mark of 124 feet, 10 inches, and Staford hit a mark of 121 feet, 2 inches.

On the boys side, senior Cole Stark and junior Carrick Denker each qualified in the 1,600 meters. Denker won his heat at 4:16.21, and Stark finished second in his heat to qualify at 4:17.91. Denker won the 1,600-meters South Coast League title just ahead of Stark.

Junior Will Riviere qualified in a competitive high jump field by clearing 6 feet, 2 inches. Riviere beat out five other athletes who equaled the mark by clearing it on fewer attempts.