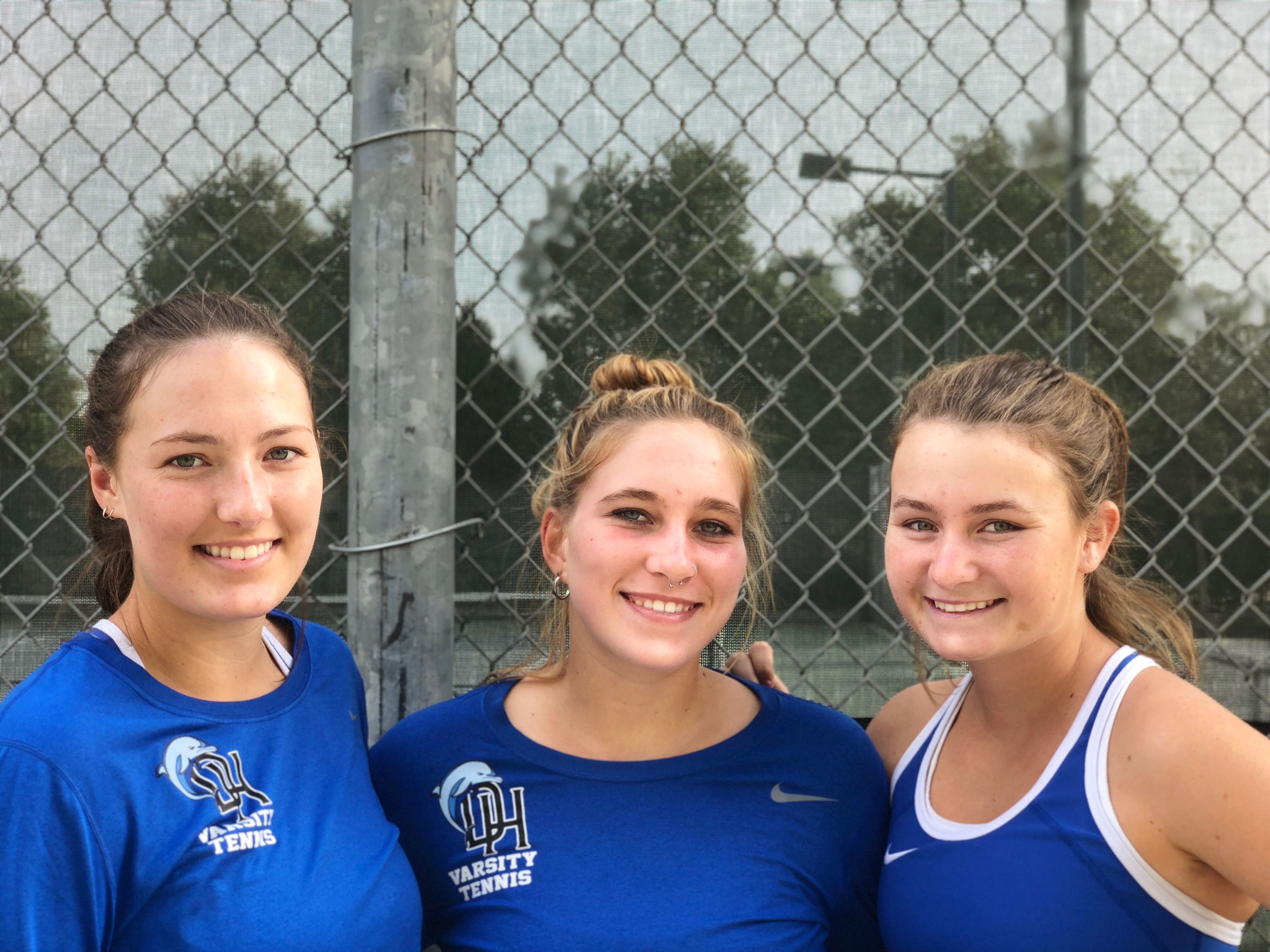 Dolphin Report: Tennis Trio Adances to Round of 32 at CIF

Swift, Mackensen, Gorczyca Advance to Round of 32 in Tennis Championships

Three standout Dana Hills tennis players breezed their way through the first stage of competition at the CIF-SS Girls Tennis Individual Championships in Riverside on Nov. 20.

Courtney Swift, Dana Mackensen and Emilia Gorczyca will be moving on to play in the postseason’s high-profile Round of 32 at the Whittier Narrows Tennis Center on Tuesday, Nov. 28.

Swift is competing in the singles bracket of the tournament. The standout junior swept her first-round match 6-0, 6-0 and battled through her second-round match to earn a 7-5, 6-3 win.

Mackensen and Gorczyca, playing together as a doubles team, earned a 6-1, 6-1 victory in the first round and a 6-2, 6-2 triumph in the second.

If the Dolphins’ players advance past Tuesday’s Round of 32, they will play in the Round of 16 at the Seal Beach Tennis Center on Wednesday, Nov. 29 and Thursday, Nov. 30.

A strong group of runners packed together inside the top-20 at the CIF-SS Division 1 Cross Country Championships powered the Dana Hills boys cross country team to a third-place finish on Nov. 18.

Junior Simon Fuller was the Dolphins’ highest finisher. Fuller came in 14th overall with a time of 14:58 on the Riverside Cross Country Course.

The Dolphins’ third-place finish earned them a berth in the CIF State Cross Country Championships at Woodward Park in Fresno on Saturday, Nov. 25. The Dolphins placed second at the State meet last season.

The Dolphins made the cut on the number, as the top-7 teams in the race earned berths to Fresno on Saturday, Nov. 25.

Junior Leila Keyvan’s 39th-place finish was the highest on the team. Keyvan looped the course in Riverside in a time of 18:12. Junior Sarah Meng finished close behind in 50th position.