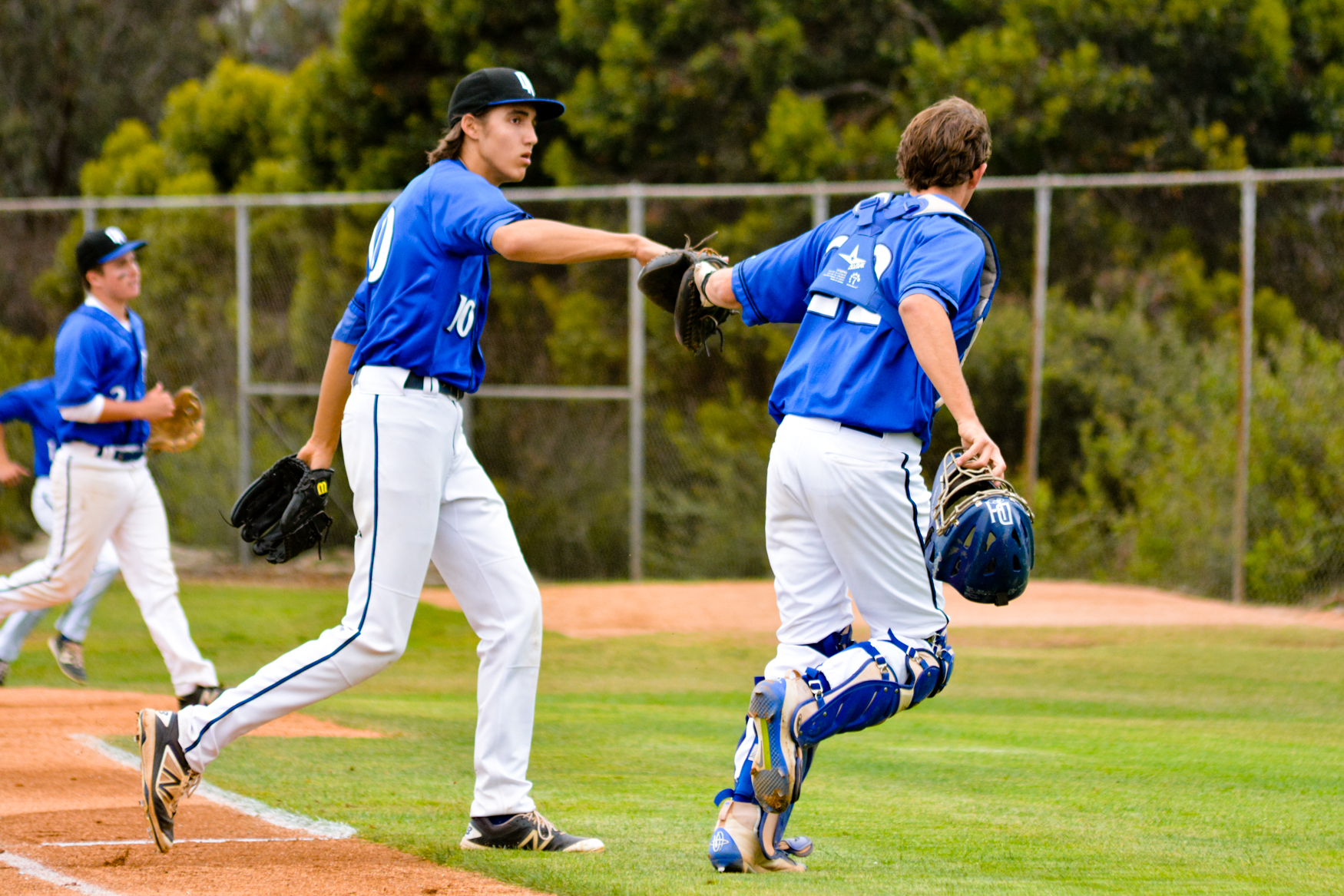 The Dana Hills boys volleyball team pulled off a stunner on May 10 by defeating Trinity League champion Mater Dei in the first round of the CIF-SS Division 1 Championships.

Dolphins senior outside hitter Grady Yould led the team with 25 kills against the Monarchs. Yould has led the Dolphins throughout the year, but got a lot of help against Mater Dei. Dylan Campeau tallied 12 kills and Jake Freeman and Matt Tonks had 10 kills each in the win.

“We really improved our passing and blocking in the second, third, fourth and fifth games,” Simmons said via email. “Everyone raised their game and it was a great team effort … We usually really rely on (Yould) but everyone contributed.”

Brothers carded a 74 (+2) at Skylinks Golf Club in the CIF-SS Individual Regional tournament on May 9, putting him into a 10-man playoff for the final eight advancing spots. On the eighth ensuing playoff hole, Brothers made a clutch par on a 215-yard par-3 to ensure his spot in the championships.

Senior Clay Feagler shot 72 (E) to place fifth at the tournament and advance to the CIF-SS Individual finals for a fourth straight year. Feagler is the defending Southern Section individual champion.

A 12-2 victory over Capistrano Valley on May 9 ensured the Dana Hills baseball team’s season would continue into the postseason.

It was a wild finish to the South Coast League season for the Dolphins (13-6, 5-7 league), who needed at least one win to pull even with Tesoro (15-14, 5-7) in the league standings. Tesoro dropped its final two games to first-place El Toro last week.

Dana Hills lost back-to-back contests against El Toro on May 10 and May 12, finishing at 5-7 in league play. But Dana Hills will advance to the playoffs based on the season-series tiebreaker it holds over the Tesoro. Dana Hills swept the Titans in three league contests this season.

Dana Hills will enter the postseason as the league’s No. 3 representative, behind Aliso Niguel and El Toro, respectively.

Tennis Falls to Sage Hill in CIF-SS First Round

The Dana Hills boys tennis team lost to Sage Hill 14-4 in the first round of the CIF-SS Division 2 Championships on May 11.

The loss ends a successful season for the Dolphins (10-5), who placed second in the South Coast League under first-year head coach Mike McCall. During the offseason, the team was without a coach and McCall stepped in with several weeks to go before the start of the season.