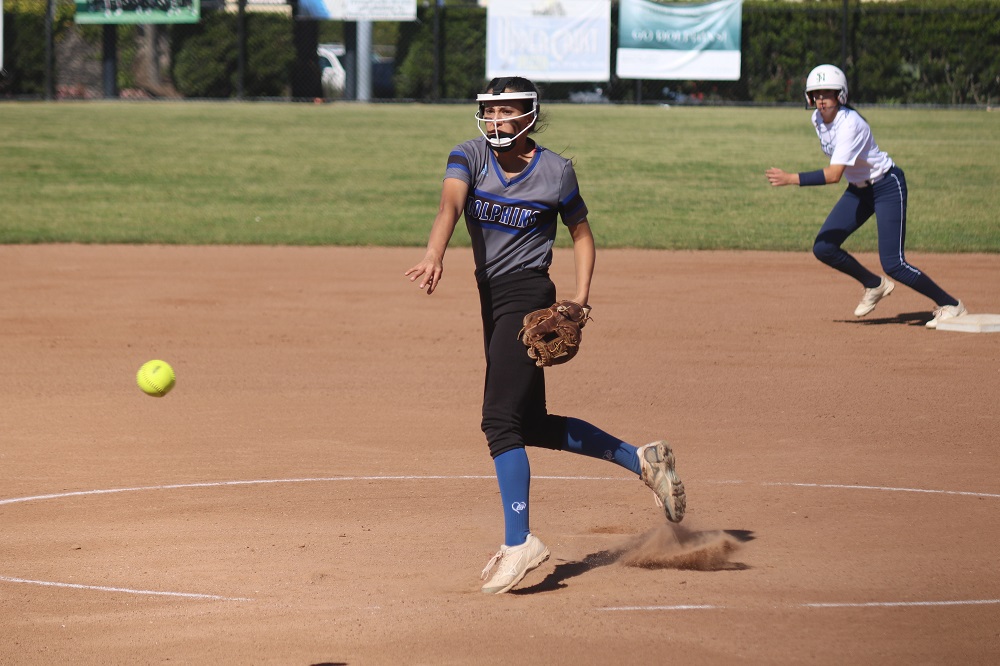 This season, the Dolphins and Stallions have moved up to the South Coast League and are still in the thick of the race.

Both teams are in a four-way fight in the South Coast League. Reigning league champion Aliso Niguel (14-5, 3-0) is still at the top, with San Juan Hills sitting in second place.

Dana Hills enters its spring break next week and doesn’t return to action until April 9, when it hosts Mission Viejo.

Boys Lacrosse Back on Track

The Dana Hills boys lacrosse team had been on fire to open the season.

The Dolphins had opened the season 5-0 – a marked improvement from last season, especially on offense. However, the perfect start ended with a loss to Edison, 18-7, on March 15.

Dana Hills had won its league opener before the Edison game and followed the Edison loss with a tough fight against Aliso Niguel. The Dolphins were edged out by the rival Wolverines, 11-10.

With both perfect marks gone, the Dolphins had to right their ship and did in a big way. Dana Hills (6-2, 2-1) won a league game over Capistrano Valley, 12-6, on Tuesday, March 26.

Dana Hills next goes up the coast to take on Huntington Beach on Friday, March 29 before spring break. The Dolphins return to game action and league play on April 9 at San Juan Hills.

While most Dana Hills teams will be off for spring break, the Dolphins baseball team will work.

Dana Hills (8-8, 2-3) has one league game at Capistrano Valley on Friday, March 29 before entering the Ryan Lemmon Invitational at the Great Park in Irvine.

The Dolphins take on Corona del Mar on Saturday, March 30 at 9 a.m., Valencia on Monday, April 1 at noon and Los Alamitos on Tuesday, April 2 at 3:30 p.m. A tournament playoff game will also be held on Wednesday, April 3.