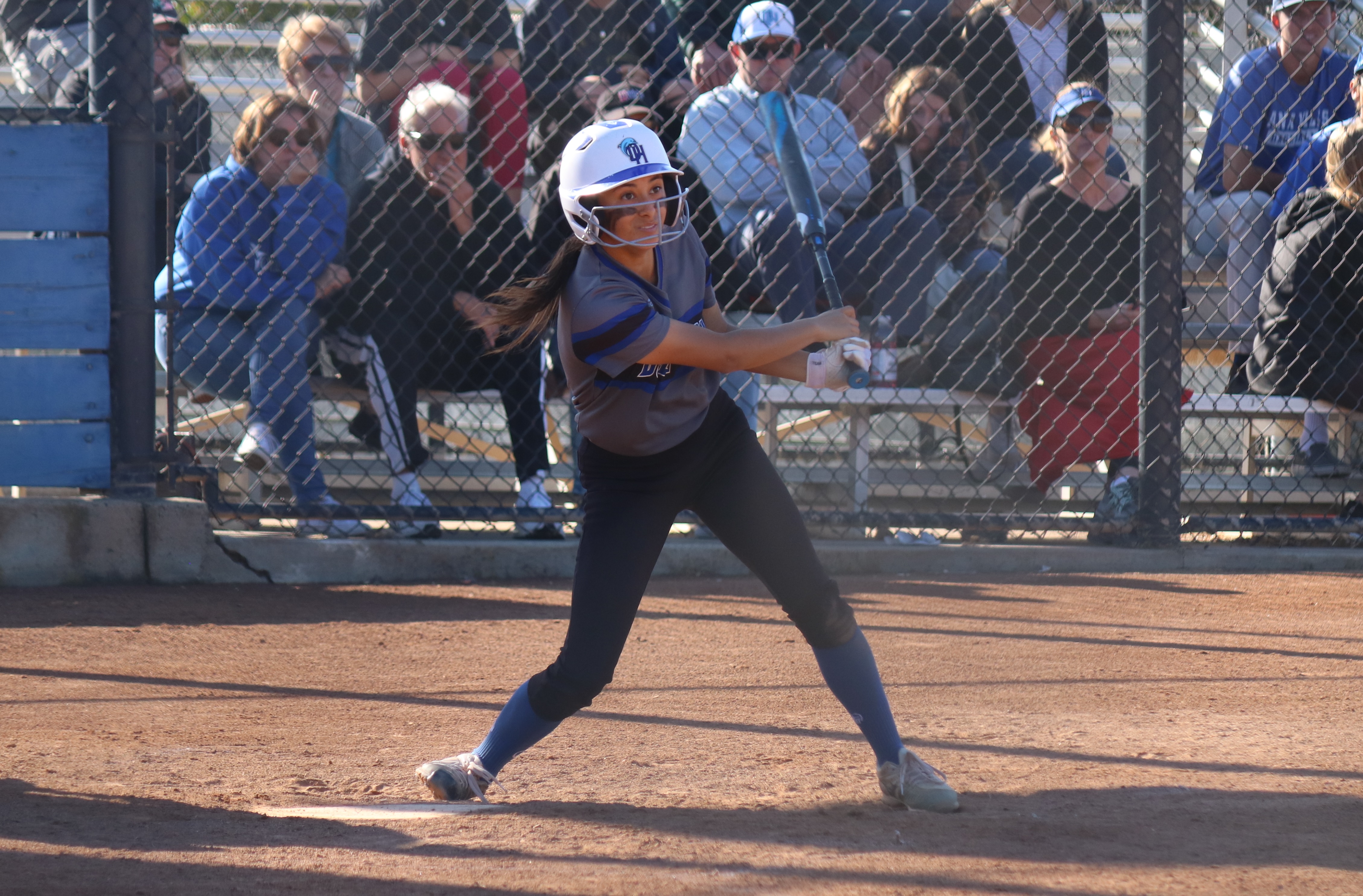 Games on Thursday, April 24 and track and field league finals on Friday, April 25 mark the end of the 2018-19 high school sports regular season, with the CIF-SS playoffs beginning next week.

Several Dana Hills teams were locked into battles for playoff spots in the final week of the season. Let’s check in on the Dolphins as the regular season comes to a close.

Dana Hills entered last week in second place, staring down back-to-back games against league-leading Aliso Niguel. The Dolphins had trailed the Wolverines by a half-game in the standings.

The Dolphins (17-4-1, 7-1) got two terrific efforts in the circle from senior Terra Goetz and a balanced offensive attack to defeat the Wolverines, 4-2, on Tuesday, April 16, then clinched their second league title in three seasons with a 6-1 win at Niguel Hills Middle School on Friday, April 19.

Dana Hills clinched the outright league title with a 7-2 win in its regular-season finale at San Juan Hills on Monday, April 22.

Dana Hills won the Sea View League title in 2017. This was the Dolphins’ first season back in the South Coast League since 2016.

Dana Hills has won eight consecutive games and 13 of its last 14 games.

CIF-SS brackets will be released on Monday, April 29.

The front of Dana Hills’ league schedule was tough for the Dolphins, who began South Coast League play 2-6, including five consecutive losses at the end of that stretch.

Entering the final four games of their season, the Dolphins knew they had to win out to climb out of last place and leapfrog over Tesoro and Mission Viejo into the third and final playoff spot in the South Coast League.

Fortunately for Dana Hills, the last four games on the schedule were against the teams they were chasing—two against Tesoro and two against Mission Viejo. And with destiny in their own hands, the Dolphins won the first three to move within one game of their goal going into their regular-season finale at home against Mission Viejo on Thursday, April 25. (Results were not available at press time; check Twitter @SouthOCSports for coverage of the crucial game.)

To keep its longshot playoff hopes alive, Dana Hills scored a 15-2 win against Tesoro, a 2-1 win at Tesoro and a 3-0 win at Mission Viejo to set up what became a play-in home game against Mission Viejo.

In the first critical game against Mission Viejo on Tuesday, April 23, the Dolphins were paced by a tremendous effort on the mound by junior Dante Jackson. Jackson pitched six scoreless innings, allowing only three hits while striking out six. Senior Chase Hill closed out the game with a scoreless seventh inning to preserve the shutout and pick up the save.

CIF-SS brackets will be released on Monday, April 29.

Dana Hills had a chance at revenge and an opportunity to grab a share of the league title, but Aliso Niguel had the Dolphins’ number once again in a 13-10 home win for the Wolverines on April 18.

Aliso Niguel also had edged Dana Hills in their first matchup, 11-10, at Dana Hills on March 19.

In the rematch, the Wolverines looked ready to run away with the win and the league title as they seized an early 8-3 lead, but Dana Hills rallied to score four straight to get within one. Aliso Niguel, however, never relinquished the lead.

The Dolphins followed up with a 14-13 overtime win in a nonleague game at Murrieta Mesa on Friday, April 19 and closed their league schedule with a 13-10 win at Capistrano Valley on Tuesday, April 23.

Dana Hills finished in the dead center of the South Coast League standings to earn the third and final playoff spot in the five-team league.

Dana Hills will learn its CIF-SS playoff draw on Friday, April 26, with wild-card matches on Saturday, April 27 and the first round on Tuesday, April 30.