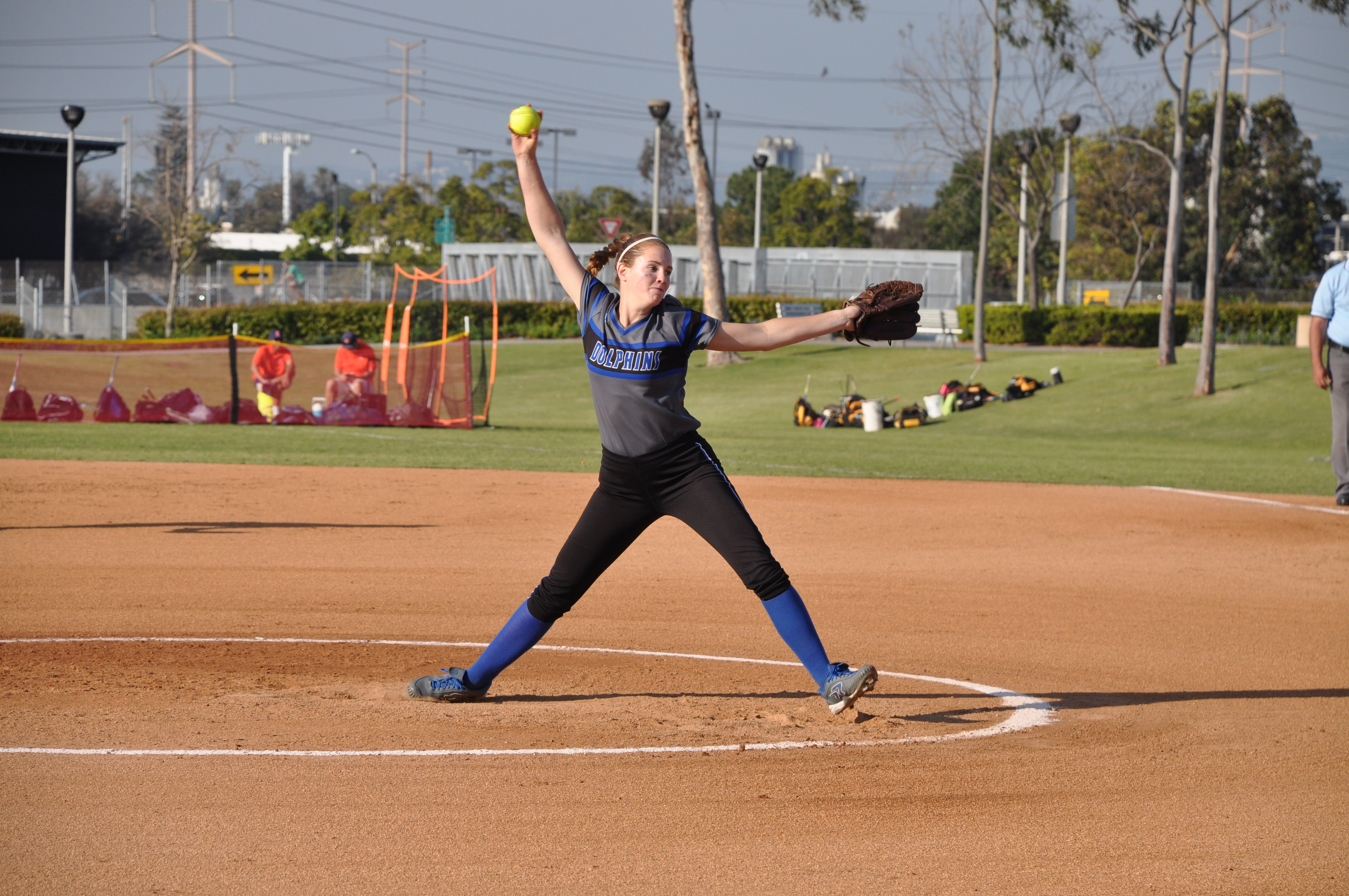 A trip to play Mater Dei is on the schedule for the Dana Hills softball team.

The Dolphins (6-7) have lost three of their last four and will look to end a two-game skid against the fourth-ranked team in CIF-SS Division 1 on March 21.

Dana Hills, which began the season with three straight victories, ended its run through the Laguna Hills Tournament this week with back-to-back losses to Capistrano Valley and El Modena.

The Dolphins opened league play against Trabuco Hills at home and got a dominant performance by their ace pitcher Hans Crouse and production from up and down the lineup to secure a 6-0 victory on March 15.

Crouse picked up his first win of the season, and flashed the kind of stats that make him one of the best hurlers in the county. Crouse went 6 1/3 innings, allowed three hits, two walks and struck out 12.

The Dolphins were powered at the plate by freshman Thomas Buckanavage and senior Jeremy Ciolek. Both went 2 for 3 at the plate, with Buckenavage collecting two RBI and Ciolek picking up one.

On March 11, the Dolphins closed out their run through the Loara Tournament with a 5-2 victory over Irvine. Senior Joe DeBaca had two hits and two RBI in the win.

The Dana Hills boys volleyball team has faced stiff competition in the early going of its 2017 season. On March 15, the Dolphins continued their tough slate of games by hosting Newport Harbor, the sixth-ranked team in CIF-SS Division 1.

The Dolphins (7-5) will take a break from nonleague competition and open up their South Coast League slate against Capistrano Valley on March 23.

The Dana Hills boys tennis team got an all-around effort from its roster in a convincing 16-2 nonleague victory over Edison on March 15.

The Dolphins’ doubles groups were dominant in the match. All three teams swept their competition, picking up all nine possible points.

Dana Hills traveled to play a talented Beckman boys golf team on March 14 and were narrowly edged in a 195-197 defeat.

Beckman’s Matt Gunson earned match medalist honors with a score of 34 (-2) on the back nine of Tustin Ranch Golf Course.