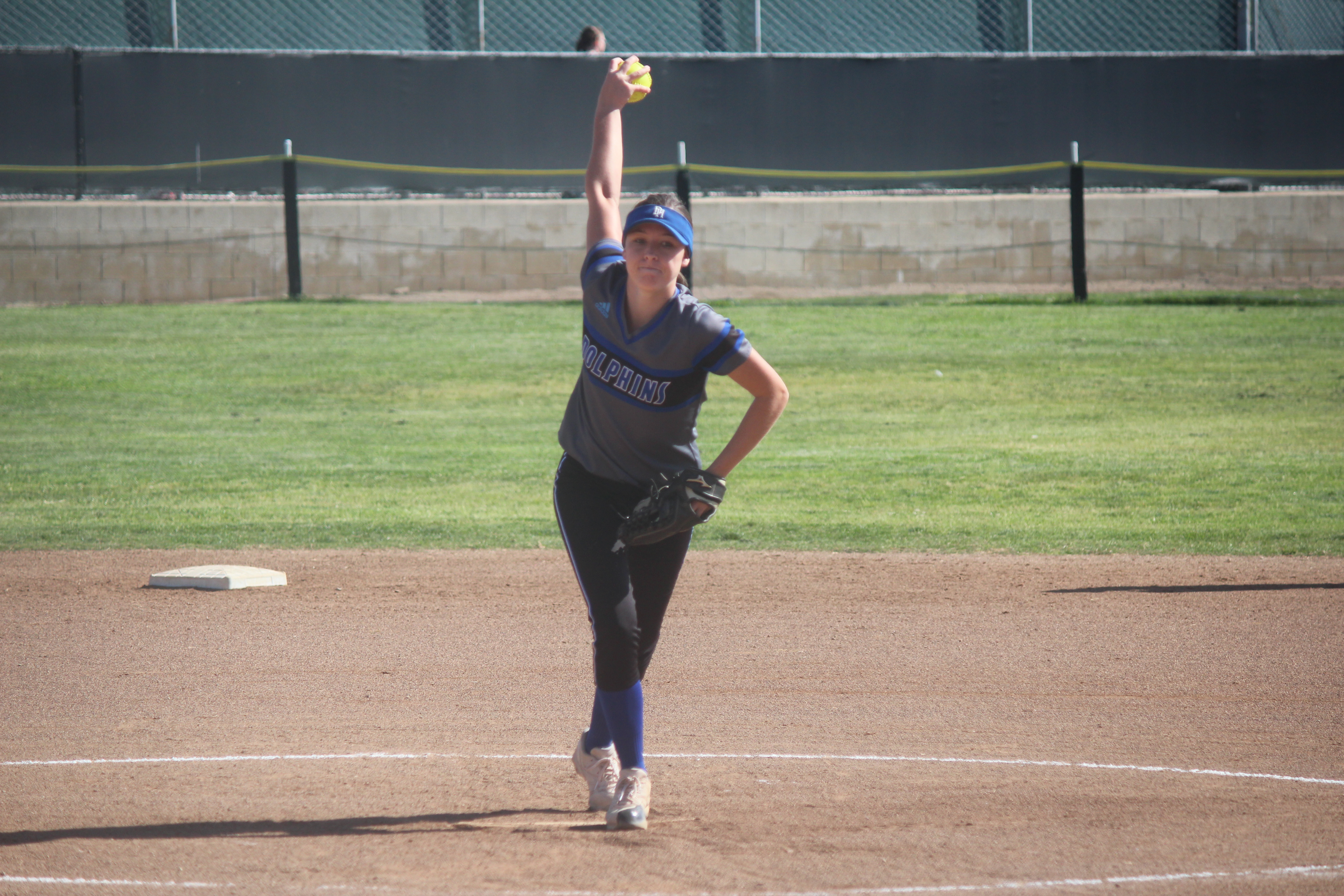 Dana Hills softball junior Serafine Parrish pitched a complete game shutout, striking out 15 batters, in a 10-0 South Coast League victory over Aliso Niguel on April 19. As if her seven strong innings, where she allowed only one hit and two walks, were not enough, Parrish also belted a home run in a 2 for 4 effort at the plate.

The Dolphins (12-9, 1-1 league) cruised past the Wolverines to pick up their second win in a row. Dana Hills’ Hailey Hoklotubbe went 3 for 5 with three runs scored, Tori Sickmeier went 4 for 4 with four RBIs and Samantha Williams went 3 for 3 with four runs scored in the victory.

After junior pitcher Hans Crouse tossed a no-hitter against Tesoro on April 13, the Dana Hills baseball team finished off the Titans with a 4-2 South Coast League victory on April 15. The win vaulted the Dolphins (11-8, 4-2 league) into a tie for first place in league.

Dana Hills starter Jack Sterner was able to limit the Titans to just two runs on April 15. Dolphins senior catcher David Clawson went 2 for 3 at the plate with two RBIs and Jeremy Ciolek went 2 for 4 with one RBI. The game marked the fifth consecutive game in which Ciolek had at least one hit. The junior is batting a team-leading .380 on the season.

Dana Hills defeated Laguna Hills 2-1 in a nonleague game on April 18 and was scheduled to play a nonleague doubleheader against San Clemente on April 21. Results were not available at press time.

Volleyball Continues Up and Down Stretch

The Dana Hills boys volleyball team bounced back from a four-set loss to Tesoro with a three-set sweep of third-place Trabuco Hills on April 19.

The win could prove useful for the fourth-place Dolphins (18-9, 2-4) as they picked up a game on the Mustangs in the league standings with two games to play.

Dana Hills was set to host San Clemente on April 21. Results were not available at press time. Following the South Coast League match against the Tritons, the Dolphins will travel to play Laguna Hills on April 28 for their final league contest.

Boys Lacrosse In the Hunt for League Title

A convincing 18-5 victory over Laguna Hills on April 19 kept the Dana Hills boys lacrosse team in contention for the Sea View League title.

The major roadblock standing in the way of the Dolphins (13-3, 5-1) capturing their first league title is reigning champion El Toro (10-3, 7-0). The Chargers handed the Dolphins their only lopsided loss of the year, an 11-1 defeat, on April 12. The two teams will square off for a second and final time on April 29 at El Toro.

Dana Hills will host a military appreciation night on April 22 at 7 p.m. when they host Norco.