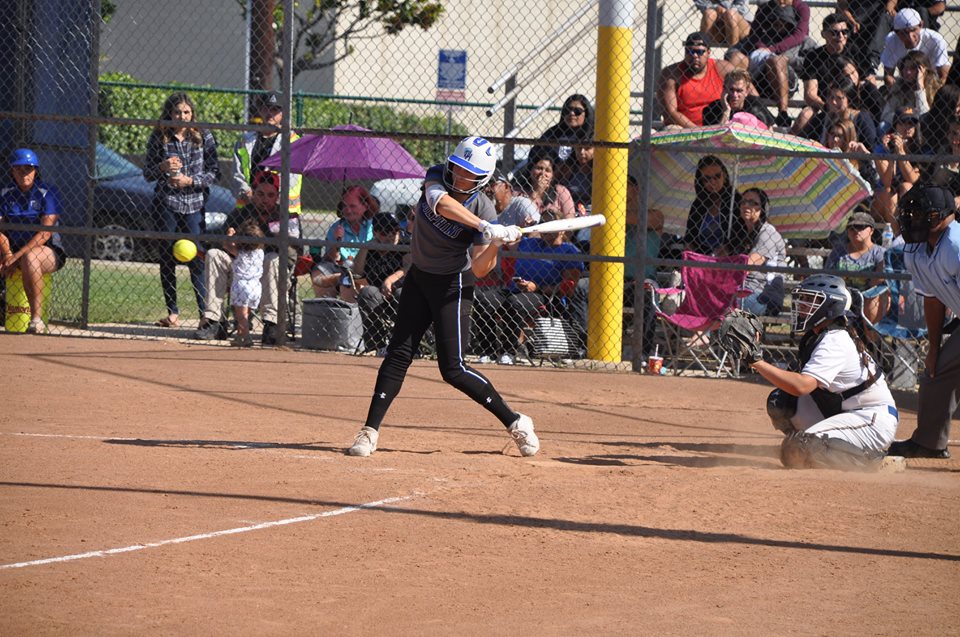 The Dana Hills softball team’s lineup delivered 14 hits in a convincing 12-5 victory over Charter Oak in the quarterfinals of the CIF-SS Division 2 playoffs on May 25.

The Dolphins will host Riverside Poly in the semifinals on May 30.

Against Charter Oak, Mia Onesto played the role of hero for the Dolphins. Onesto went 3 for 5, drove in five RBI and swatted a double and a home run. Cozette Zoch collected three hits and drove in two.

Kate Donaldson kept Charter Oak at bay while the Dolphins’ lineup built up a 9-0 lead after the third inning. Donaldson allowed four hits and one run in four innings.

The Dolphins earned a berth in the quarterfinals by defeating Rio Mesa 1-0 in the second round on May 23.

Donaldson tossed five innings against Rio Mesa, allowing just two hits and one walk before yielding to Serafine Parrish in the sixth. Parrish closed the door on Rio Mesa and picked up the save after striking out six in two innings of work. Donaldson and Parrish combined to hold Rio Mesa to just two hits.

The Dana Hills bats collected just two hits of their own, but they made them count. Jackie Stillwell went 1 for 3 and scored the games’ lone run, and Zoch recorded a hit.

Members of the Dana Hills boys and girls track and field teams had excellent showings at the CIF-SS Track & Field Championships at Cerritos College on May 20, and several athletes qualified for this weekend’s CIF-SS Masters Meet.

The CIF-SS Masters Meet will take place at Arcadia High School on May 26. Athletes will be vying for spots in the CIF State Track & Field Championship in Clovis on June 2.