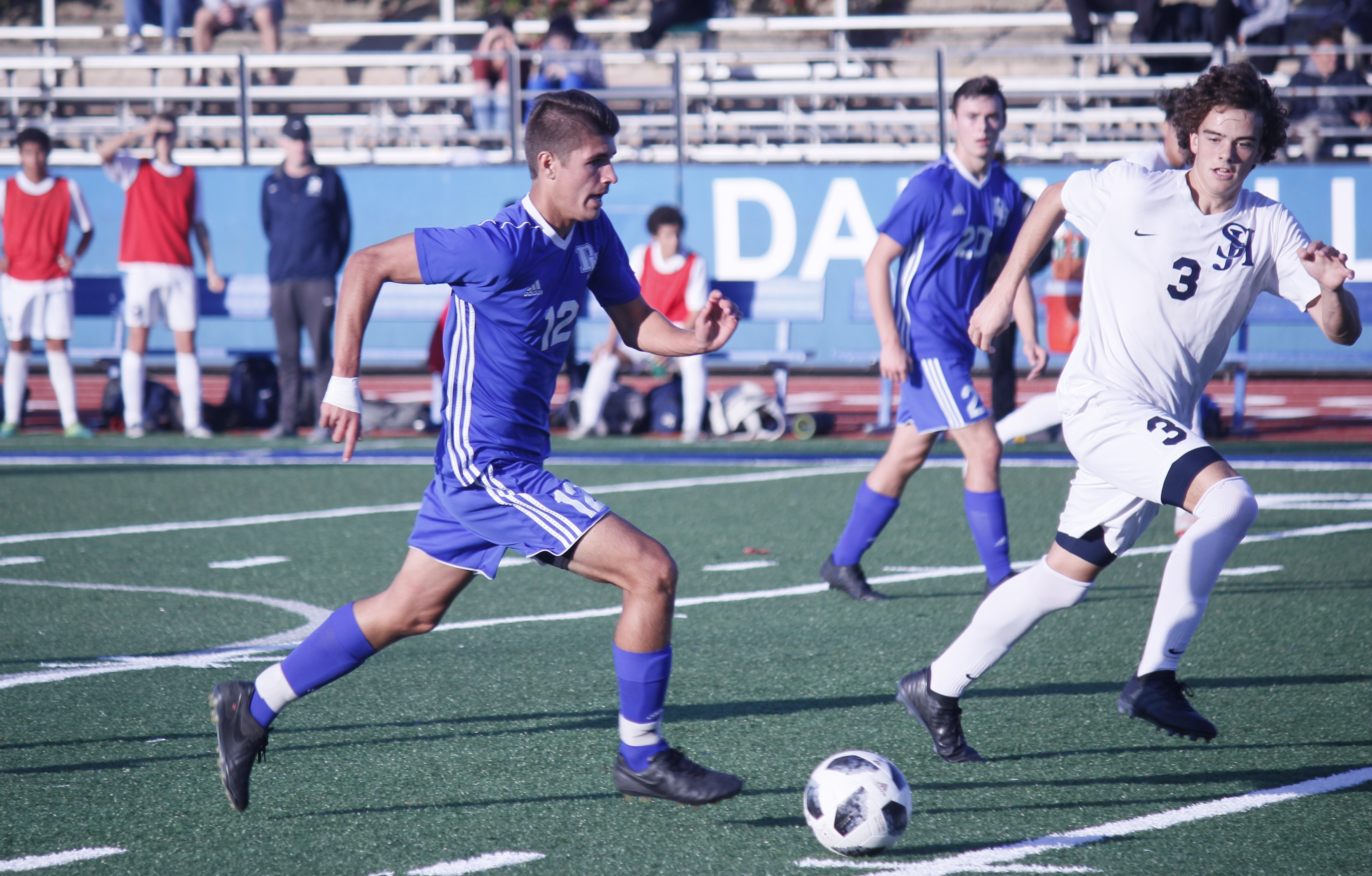 The Dana Hills boys and girls soccer teams have both been impressively stingy around their own nets so far this season.

The Dolphin boys (2-2-1) have only allowed five goals in their five games this season. Dana Hills has alternated wins and losses or draws, but the Dolphins have allowed only one goal three times and posted a shutout in a draw against El Toro.

Goalkeepers Nikolas Tanski, a junior, and Casey Burns, a senior, have split time in net with each making six saves. Burns has yet to allow a goal this season.

The Dana Hills girls (2-0-1) are unbeaten in three games and have allowed only two goals on the season.

The Dolphins opened with a scoreless draw against Capistrano Valley and have allowed only one goal in each of the past two games, including a 2-1 win over Northwood on Tuesday, Dec. 11.

The Dana Hills boys continue their busy preseason schedule against Capistrano Valley at home on Friday, Dec. 14 and continue with two home games next week on Monday, Dec. 17 against Marina and Wednesday, Dec. 19 against Paramount. The Dolphins play in the Marina Tournament over the holiday break.

The Dana Hills girls took on Trabuco Hills at home on Thursday, Dec. 13, but results were not available at press time. The Dolphins play once more before the holiday break against Huntington Beach at home on Friday, Dec. 21.

After a 2-3 start, the girls water polo team has won six of its past seven games, with the lone loss coming by a single goal.

Dana Hills went 3-1 at the Villa Park Classic on Dec. 7-8 to take third place in the Gray Division.

The Dolphins opened with a big win over Royal of Simi Valley, 11-3, and edged out Beckman, 5-4. On day two, Dana Hills suffered its first loss against Santa Monica, 8-7, but rebounded in the third-place game by defeating La Serna, 9-6.

Dana Hills added a win this week over Laguna Hills, 11-3, on Monday, Dec. 11. The Dolphins traveled to Capistrano Valley on Thursday, Dec. 13, but results were not available at press time.

Dana Hills plays one more game before the holiday break against Schurr in the Santa Margarita Showcase on Saturday, Dec. 15.