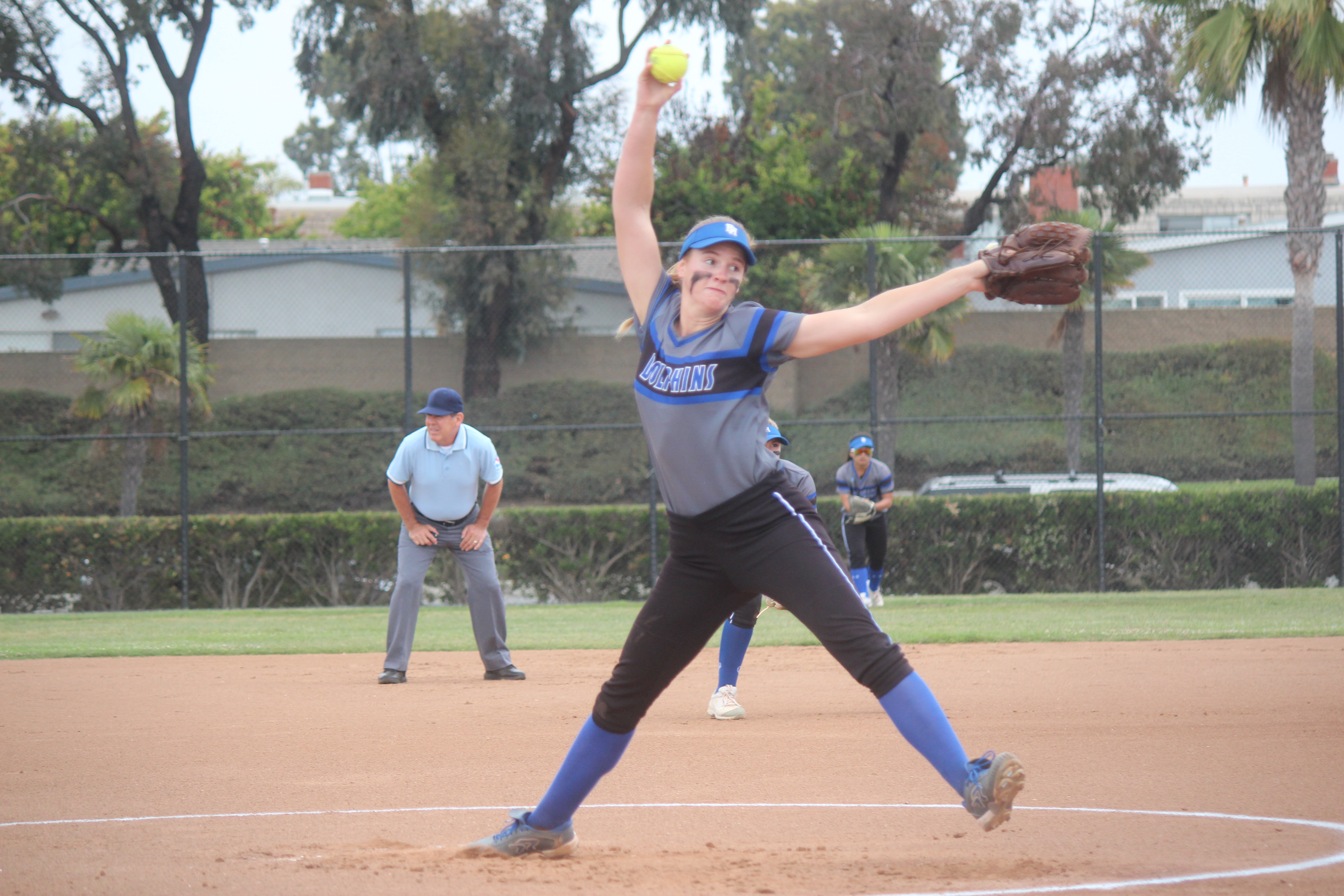 Despite tallying 11 hits the Dana Hills softball team could not overcome an early deficit in a 6-4 CIF-SS Division 2 semifinal loss to visiting Riverside Poly on May 30.

Riverside Poly, which snapped the Dolphins’ 12-game winning streak, will play Camarillo for the CIF-SS title on June 3.

The early innings of the semifinal tilt were stacked with opportunities for both teams, but the Bears jumped out to a 3-0 lead in the third when Niki Calderon and Kayla Trayor collected back-to-back RBI singles.

Riverside Poly outfielder Savannah Favre hit a two-run inside the park home run to extend the lead to 6-0 in the fifth.

But Peterson proved to be in control, and did not allow another run to cross the plate in a complete game effort. Peterson struck out three and walked just one batter.

Dolphins’ starter Kate Donaldson exited the game with the bases loaded and no outs in the top of the third. Serafine Parrish came on to pitch five innings of relief.

Zoch, who had a tremendous postseason at the plate, went 3 for 4 with a triple. Cecil and Nagel both went 2 for 3.

The loss ended a spectacular season for Dana Hills (19-3). The Dolphins went undefeated to capture the Sea View League title. The team’s 19 wins ties the most for a Dolphins team since the 2014 season, and the most since at least 2005.

The record-setting Dana Hills girls 4×400-meter relay team continued its strong postseason by placing second at the CIF-SS Masters Meet at Arcadia High School on May 26.

The relay team, which set an all-time county record at the CIF-SS Championships, finished second by posting a time of 3:47.01 at the Masters Meet. The relay squad will travel to Clovis to compete in the CIF State Track & Field Championships June 2-3.

Several other Dolphin athletes competed at the Masters Meet and finished their seasons strong.