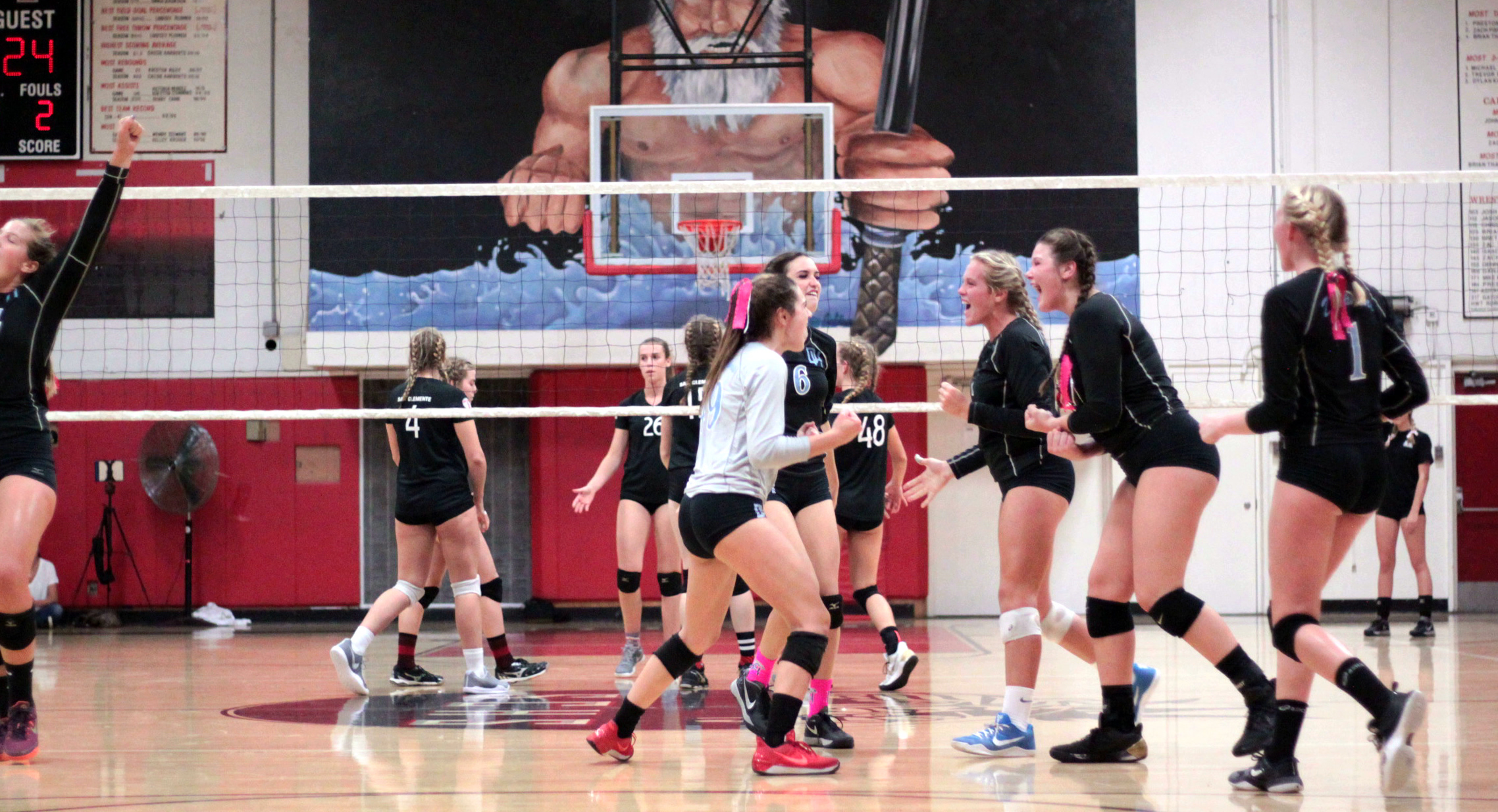 One would be hard-pressed to find a team in Orange County with more momentum than the Dana Hills girls volleyball squad.

The Dolphins (24-4, 8-0 league) have won 15 matches in a row, a streak they will take into next week’s CIF-SS Division 1 Championships.

The girls volleyball playoff brackets were scheduled to be released on Oct. 26. Results of the draw were not available at press time.

Dovsek shot 3-over-par and was squarely in the hunt to qualify after finishing her opening nine, but the back nine proved to play tougher and she carded an 80 (+9) to finish two strokes outside the cut line to advance to the next stage of competition.

Dovsek, who is committed to play collegiately at Hofstra University next year, qualified for the postseason tournament by placing seventh overall at the South Coast League finals tournament at Arroyo Trabuco Golf Club last week.

As a team, the Dolphins’ season is still ongoing.

Behind a strong 9-5 overall record and a second-place finish in the South Coast League, the Dolphins qualified for the CIF-SS Southern Team Regional tournament at Mile Square Golf Course on Monday, Oct. 30.

In a dramatic back-and-forth battle, the Dana Hills girls tennis team won a decisive match against San Clemente, 10-8, on Oct. 13, which proved to be the key in a co-South Coast League championship season.

Two weeks later, Dana Hills (15-4, 7-1) ended up co-league champions with the Tritons (16-3, 7-1) for a second consecutive season. San Clemente beat Dana Hills in the first match between the two teams.

Dana Hills finished the regular season ranked seventh in the CIF-SS Division 1 polls and will await the release of the playoff brackets on Monday, Oct. 30.

If their effort at the Riverside Invitational on Oct. 21 is any indication, the Dana Hills boys cross country team is trending toward a strong postseason run.

Racing on the same course they will compete on for a CIF-SS Championship next month, Dana Hills turned in a first-place effort.

The Dolphins will compete at the South Coast League finals at Irvine Regional Park on Thursday, Nov. 2.

A 5-3 record in the South Coast League ensured the Dana Hills boys water polo team a third-place finish in the standings. The placement guaranteed the Dolphins a berth in next week’s CIF-SS Division 2 playoffs.

The Division 2 bracket will be released on Saturday, Oct. 28.

The Sea View League contest between the Dana Hills and Aliso Niguel football teams on Friday, Oct. 28, carries a lot of postseason implications for both teams.

The Dolphins (3-5, 1-1) are in need of a win in order to remain in the playoff hunt, while the Wolverines (4-4, 0-2) will be playing with their backs against the wall for the remainder of the season. Both teams have two games remaining on their schedule and are chasing first-place Capistrano Valley (9-0, 3-0) and second-place El Toro (5-4, 2-1) for one of the Sea View League’s three guaranteed playoff berths.