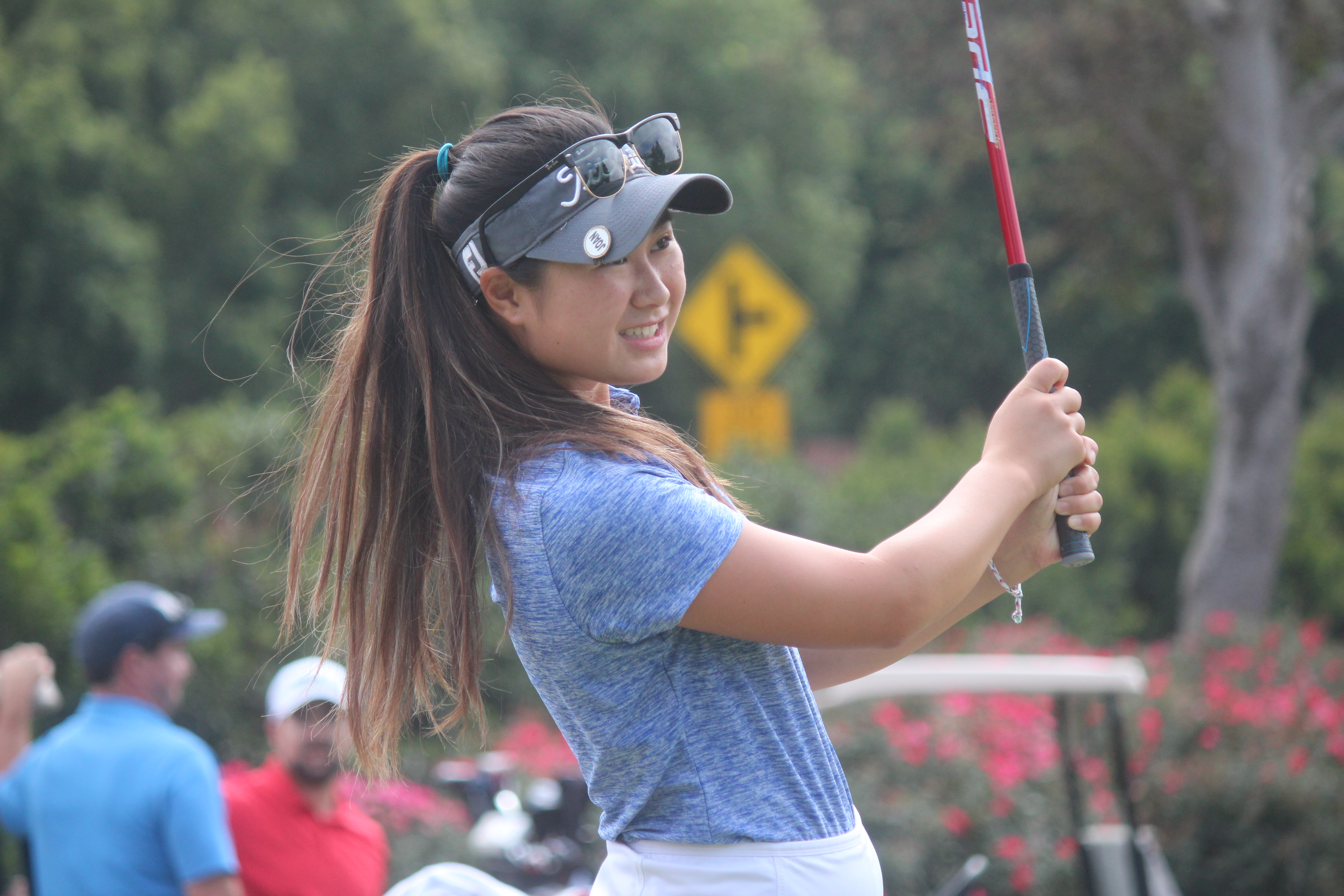 Joan Soewondo is hoping her experience will pay off in what could be the final golf tournament of her high school career. Soewondo, a senior at Dana Hills, will tee it up again at the CIF-SS Individual Finals at Western Hills Country Club on Nov. 3, having made the cut to advance to the postseason tournament three years running.

Her game is in good shape, and she is primed for another shot at reaching the elusive CIF State Championship tournament, which grants entry to the best nine golfers from the Southern Section.

Soewondo, the reigning South Coast League individual champion, shot a 74 (+3) and finished t-14 at the CIF-SS Individual Regional at Dad Miller Golf Course in Anaheim on Oct. 25. She easily made the cut to advance to the finals, despite playing in tricky course conditions due to the storm that passed through Southern California this week.

The Dana Point Times caught up with Soewondo as she prepares for another shot at the CIF-SS Finals.

Dana Point Times: You navigated your way through Dad Miller this week and made the cut easily. Are you happy with the round you posted?

Joan Soewondo: Dad Miller played tougher than usual because of the storm. It wasn’t my best day but it wasn’t my worst. I struggled through the first couple holes, but luckily my coach kept me thinking positive and believing that I could turn my round around, which I ended up doing. My score put me in a good spot to make the cut and that was the ultimate goal.

DPT: How big of a role will your experience play next week when you tee it up?

JS: I think my experience will definitely help me next week, especially since I have played the course in the past CIF-SS tournaments. However, there will always be new challenges that make it different from last year. There will be new players in the field, different weather, and changes in the conditions of the course. So I’m just preparing to play my game.

DPT: You’ve had another successful year, both as an individual and with your team. What would you say has been your biggest strength this season?

JS: I think my biggest strength this year was having more confidence in my game. I think this comes from playing in highly competitive tournaments in the offseason as well as playing consistently through the season. I’ve been working on trying to think more positively through the good and bad days.

The Dana Hills girls volleyball team capped off its run through Sea View League play in style, sweeping all four league opponents down the stretch to capture the league title.

The Dolphins will enter the CIF-SS Division 1 Championships with plenty of momentum, having won five straight. The playoff brackets will be released on Oct. 28.

The Dana Hills girls tennis team had plenty to be happy about following the South Coast League Individual Finals tournament on Oct. 26.

Swift faced off against San Clemente’s top singles player, Lindsay Hung, in the singles championship and won in three sets 7-5, 4-6, 6-3.

The Dolphins will head into the CIF-SS Division 1 Team Championships, and will field players in the Individual Championship tournament. The team championship brackets will be released on Oct. 31.

A second-place finish in the South Coast League is well within the grasp of the Dana Hills boys water polo team. After losing another brutally close game against first-place El Toro on Oct. 20, the Dolphins (13-11, 4-2) have second place all but wrapped up.

Dana Hills has lost two matches in league play, both to El Toro (16-8, 5-0), by a combined two points. In the two teams’ most recent game, at Dana Hills on Oct. 20, the Dolphins held an 8-5 lead at the halfway point, but couldn’t hold on. El Toro rallied to outscore the Dolphins 8-4 down the stretch and emerge with a 13-12 victory. Jack McLaughlin led the Dolphins on offense with five goals, while Adam Cole, James Daugherty and Kaden Likins each scored two goals.

The El Toro football team scored 21 unanswered points in the first quarter of its Sea View League game against Dana Hills on Oct. 21, and cruised to a 56-3 victory.

The Chargers were led by quarterback Cooper Jones, who passed for 271 yards. Receiver Austin Derrico had a game-high 128 receiving yards and running back Ricky Silva had 121 yards on the ground.

The game marked the third consecutive loss for Dana Hills (1-7, 0-2), and the Dolphins’ three points were their lowest output to-date.