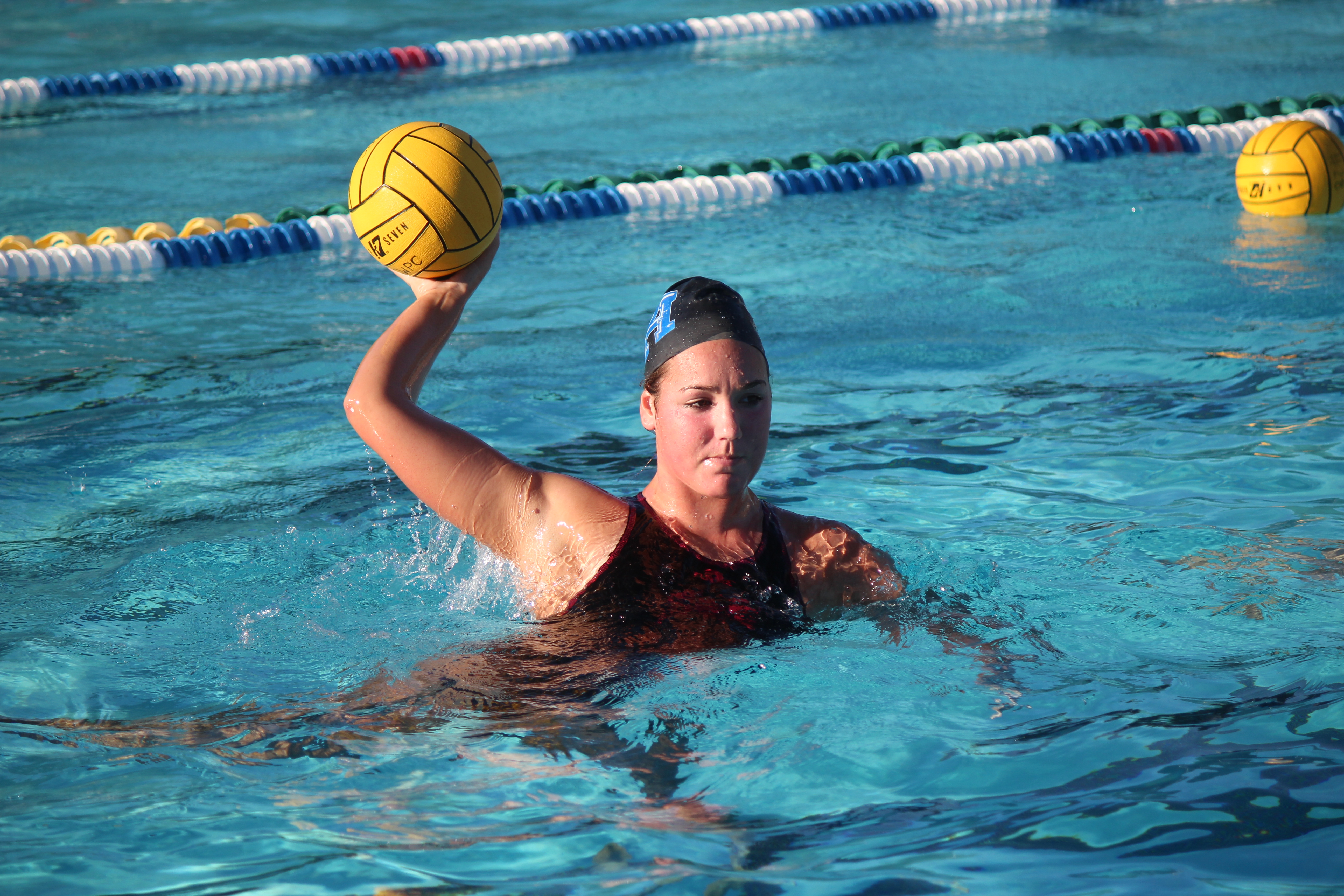 With only four minutes left in regulation, Edison girls soccer senior Bailey Webster corralled a long pass from Amy Feinstein and scored the game-winning goal against Dana Hills in the first round of the CIF-SS Division 1 Championship on Feb. 19.

The loss ended the Dolphins’ run through the postseason. Dana Hills (10-10-2) earned a berth in the playoffs by finishing third in the South Coast League.

Edison, the No. 2 team out of the Sunset League, lost to Laguna Hills in overtime of their second round matchup five days later.

Schurr Holds on for Playoff Win over Dolphins Water Polo

A one-goal first half lead would end up being the deciding factor between the Dana Hills and Schurr girls water polo teams in their CIF-SS Division 2 first-round matchup on Feb. 19. Schurr got out to an 8-7 lead at the half and held on over the final two quarters to seal a 13-12 victory over the Dolphins.

Dana Hills outscored Schurr 4-2 in the fourth quarter, but it was not enough.

Madison Baba led the way for Dana Hills, notching seven goals and one steal in the loss. Baba also converted on a penalty attempt.

Dana Hills barnstormed their way into the playoffs behind a strong finish in South Coast League play. The Dolphins won three of their last four league matches, including a 13-10 win over rival San Clemente on the final day of the regular season, to place third in league.