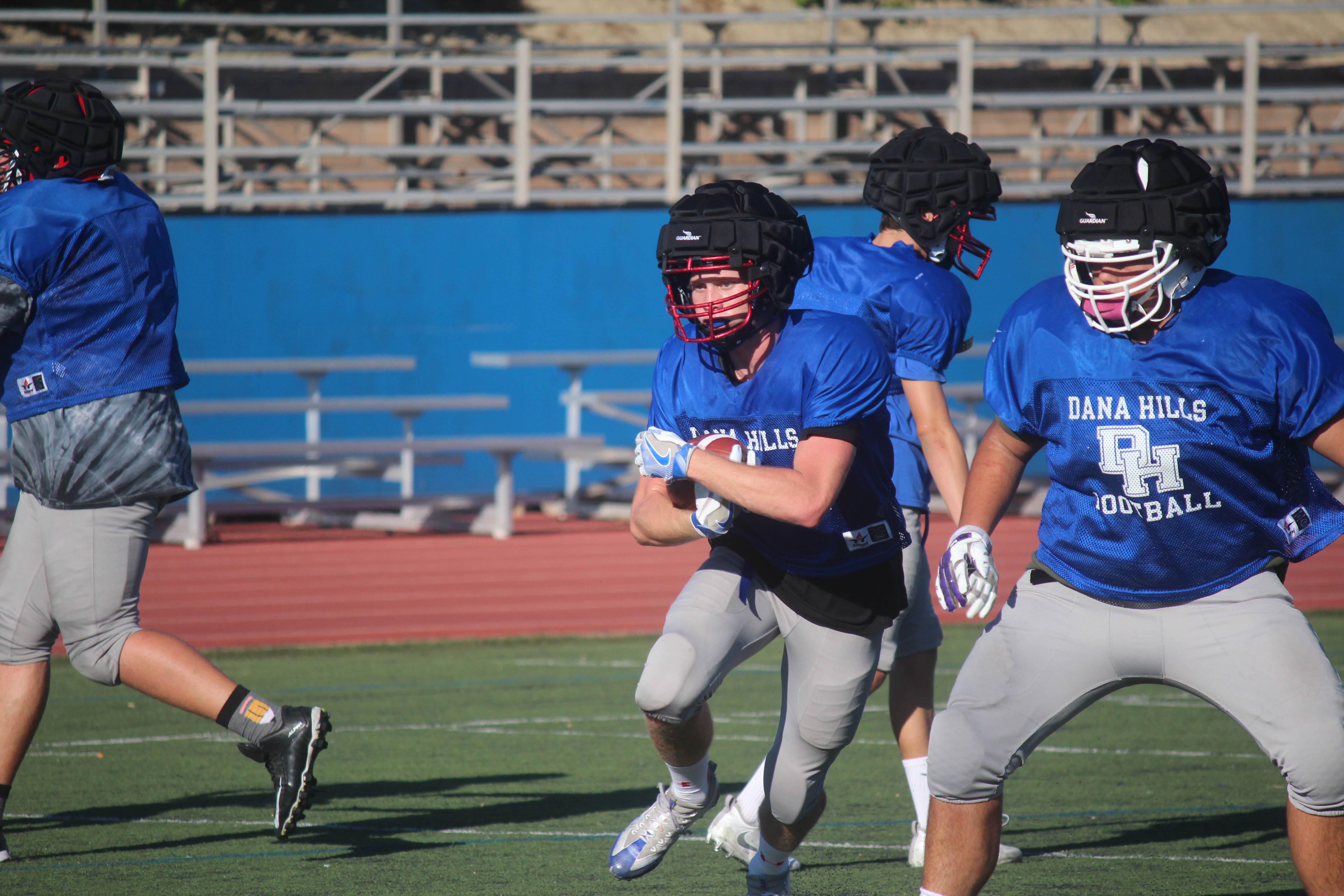 The Dana Hills football team had no answer for Marina’s running back Blaine Riederich on Aug. 26. The Vikings’ back racked up a game-high 200 yards and two touchdowns to lead visiting Marina past Dana Hills in a 34-14 nonleague victory.

Green found Holmes in the end zone one more time in the third and Rand Keidel returned an interception for a touchdown to give Marina a commanding 34-0 lead.

Dana Hills scored on an 80-yard Jake Baldiviez touchdown run and a short pass from quarterback Corey Cisowski to Ryder Lynch in the fourth quarter. Baldiviez led the Dolphins with 120 yards rushing. Cisowski threw for 131 yards, a touchdown and had five interceptions.

The Dolphins (0-1) will travel to play a nonleague game against Sunny Hills on the road on Sept. 2. Sunny Hills was a CIF-SS Southwest Division playoff team last season, and competes in the tough Freeway League. The Lancers (1-0) opened their season with a 50-14 win over Santiago on Aug. 26.

Joan Soewondo led Dana Hills to a 211-285 win over Capistrano Valley by carding a score of 35 (E) at Marbella Country Club. Isley Gruric earned the match medal for Dana Hills two days later against Mission Viejo by shooting a 40 (+3) at the San Clemente Municipal Golf Course.

Dana Hills will travel to play Beckman, a perennial playoff team, on Sept. 6.

A strong performance from the doubles team and its top singles player helped the Dana Hills girls tennis team defeat Northwood 11-7 in a season-opening match on Aug. 30.

Courtney Swift, the Dolphins top singles player, won all three of her sets while the doubles teams won seven of a possible nine sets to secure the victory.

Dana Hills (1-0) is the defending co-South Coast League champion and was a CIF-SS Division 1 semifinalist in 2015.