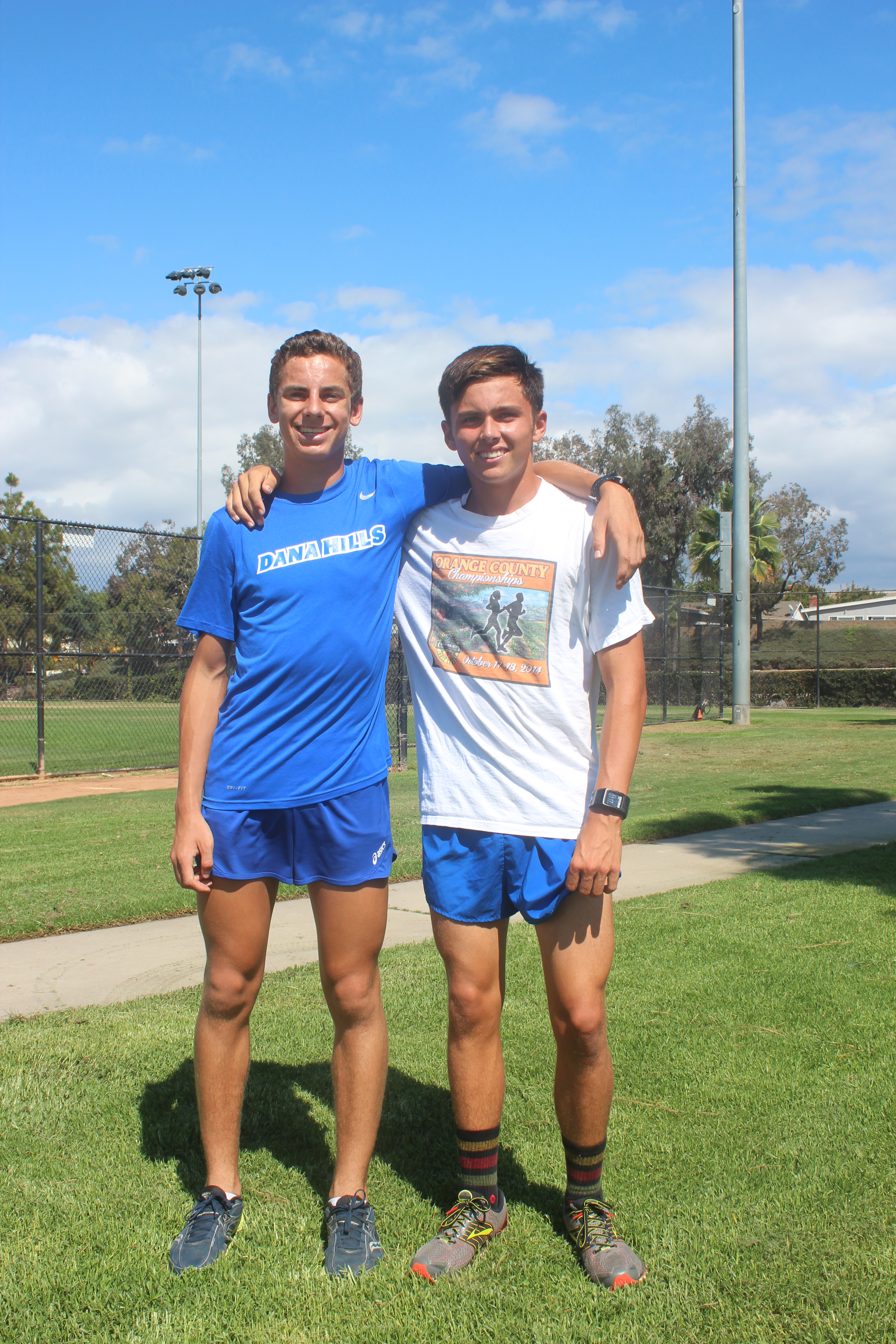 Sophomore Jack Landgraf broke through for a big individual win at the Dana Hills Nike Invitational on Sept. 26, posting a meet-winning score of 14:28. Landgraf’s time was the fastest posting by a sophomore in the meet’s history.

The boys team continued to show their formidable depth at the South Coast League preview meet at Irvine Regional Park on Oct. 6. Coppi won the race with a time of 15:22.4, narrowly edging out Landgraf’s second-place time of 15:22.5. The Dolphins packed seven of their runners inside the top-12 to edge all other league competition in dual-meet scoring. Ogden, Brandon Hough, Colin Stein, John Turner, Max Groff and Thomas Wilfert finished fourth, sixth, eighth, 10th and 12th, respectively.

The girls team also fared well at the preview meet and were again led by Perkins, who placed third in a time of 18:20.8. Freshman Lauren Soto took seventh and Serrao took 11th.

The Dolphins teams will compete at the Clovis Invitational in Fresno Oct. 10.

On Oct. 1, the San Clemente girls tennis team accomplished something that no Triton team had done in program history. San Clemente traveled to Dana Hills and defeated the Dolphins on their home court in a league match.

San Clemente and Dana Hills split the South Coast League championship last season. The Tritons have claimed the title before but have never won a match on the road against Dana Hills, according to Tritons head coach John Stephens.

San Clemente’s 12-6 victory over Dana Hills put them at 4-0 in the league standings with one more round of league play to come.

The Tritons got a huge boost from the back end of their doubles pairs to defeat the Dolphins. San Clemente held a 7-5 set advantage heading into the third and final round and won five of six sets to seal the win. The late push by the Tritons included key doubles wins by Jasmine Safavieh and Taylor Bonghi and Stephi Neilson and Brooklyn Hulse.

Dana Hills (4-3, 3-1 league) bounced back with a 16-2 South Coast League victory over Tesoro on Oct. 6. The Dolphins were set to play a league match against Capistrano Valley on Oct. 8. Results were not available at press time.

Against Capistrano Valley, the Dolphins (3-8, 2-0) were led by senior outside hitter Ayla Fresenius’ 20 kills.

Dana Hills will compete in the California Challenge tournament in San Diego Oct. 9-10 before returning to league play next week.

The Dolphins next league match will be a big one, as they travel to play rival San Clemente, the reigning league champion, on Oct. 13.

The Dana Hills boys water polo team has scored 42 goals over the stretch of their last four games, earning wins in all four matches. After topping Bishop’s 10-4 on Sept. 26, the Dolphins rattled off wins over Huntington Beach, El Toro and, most recently, Tesoro.

The team was set to host Laguna Beach, the No. 3 team in the CIF-SS Division 3 rankings, on Oct. 8. Results were not available at press time.

The Dolphins (11-3, 2-0) made a sizeable jump up the CIF-SS Division 2 rankings this week following a 12-10 victory over league rival El Toro, who is ranked fourth in the division.

After dropping the first of two meetings to South Coast League rival San Clemente on Sept. 23, the Dana Hills girls golf team responded with a victory over the Tritons one day later. On Sept. 24, the Dolphins bested the Tritons 226-230 at Bella Collina Golf Club to split the season series.

Despite taking a fourth-quarter lead against Cypress on Oct. 2, the Dana Hills football team could not hold on for the win, ultimately losing on a late touchdown run that sealed a 29-26 victory for Cypress.

The 26 points scored by the Dolphins (0-6) was the most they have tallied all season.

Dana Hills will open South Coast League play on the road against Mission Viejo on Oct. 9. The Diablos (6-0) are the No. 1 ranked team in the CIF-SS West Valley Division and will enter the game rested following a bye last week.