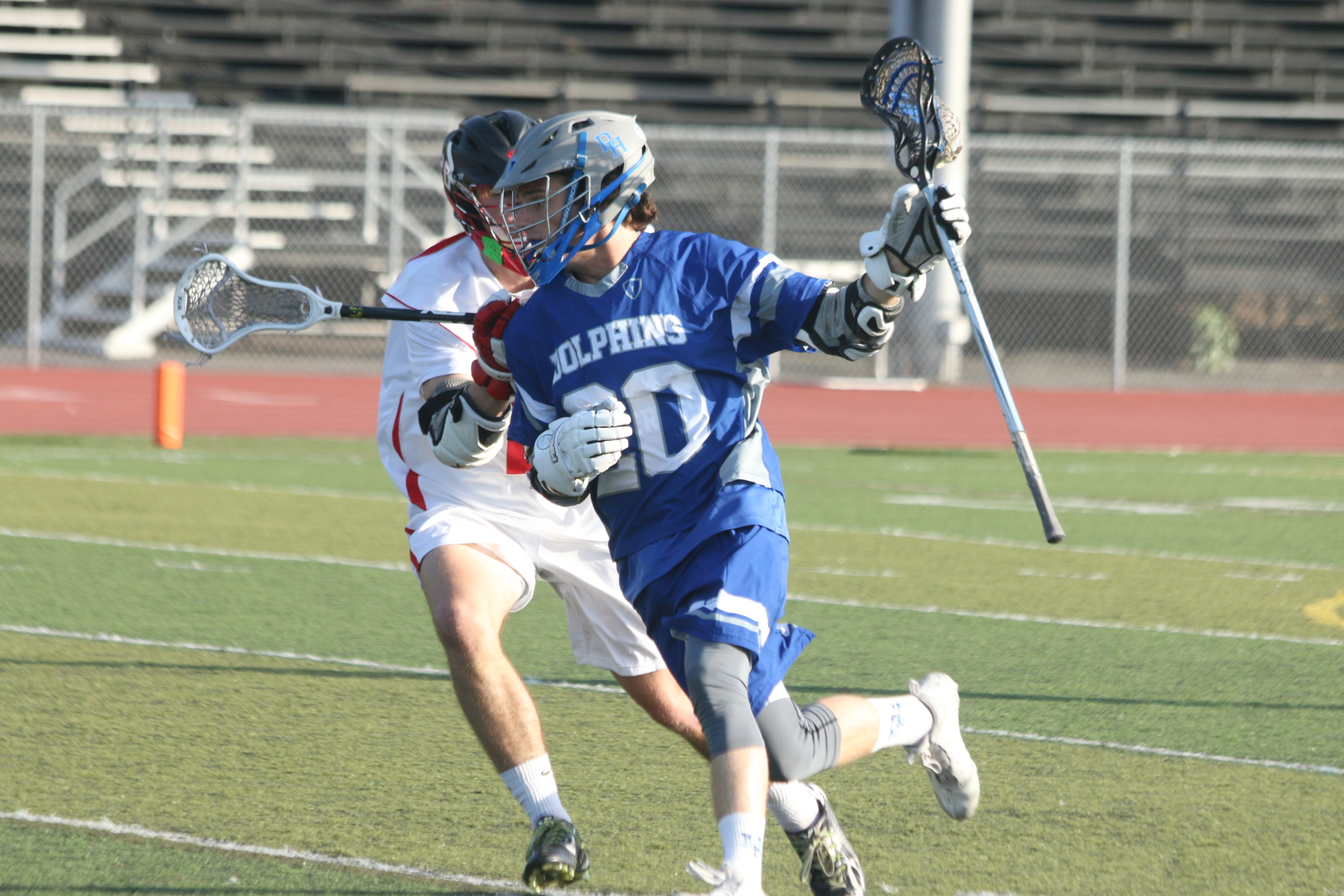 There simply was no stopping the San Clemente boys lacrosse team on April 11.

The Tritons played host to rival Dana Hills and delivered a complete performance for the record books in a 28-0 South Coast League victory.

The Tritons (8-2, 5-0 league) jumped out to an early lead and did not let up, scoring 21 goals on 37 shot attempts in the first half alone. By the final whistle, 13 different Triton players had found the back of the net.

Dana Hills (0-10, 0-5) is still in search of its first victory of the season. The Dolphins will play a home game against Bingham (3-8) of Utah on April 14 before returning to league play next week.

The Dana Hills and San Clemente boys golf teams split the season series with one another this week, and the two are poised for a tight race to the finish for a second consecutive year. The two teams split the South Coast League title last season.

One day later, the Dolphins hosted the Tritons on their home course, El Niguel Country Club, and came away with a 209-212 win. Wentzel earned match medal honors again with a score of 39 (+3).

The two teams combined margin of victory in two matches was seven strokes.

The Dolphins improved their league record to 5-1, and have played two more matches than the Tritons, who own a 2-2 league record.

Dana Hills was scheduled to play Tesoro on April 13. Results were not available at press time.

Parrish, who picked up her sixth win of the season, allowed three hits and two runs in five innings and left with a comfortable 6-2 lead.

The Dolphin bats were red-hot, as Mia Onesto, Meryl Reinhart and Tori Sickmeier all turned in 3 for 3 efforts at the plate.

Dana Hills (8-13, 1-0) was scheduled to play San Juan Hills on April 13. Results were not available at press time.

It was the Dolphins (10-8, 3-2) first game back since appearing the finals of the National High School Invitational in North Carolina on April 1.

Dana Hills defeated the Titans on March 22, and the two teams will contest the rubber match of the season series on April 14. Dana Hills is currently in second place in the league standings behind Trabuco Hills.