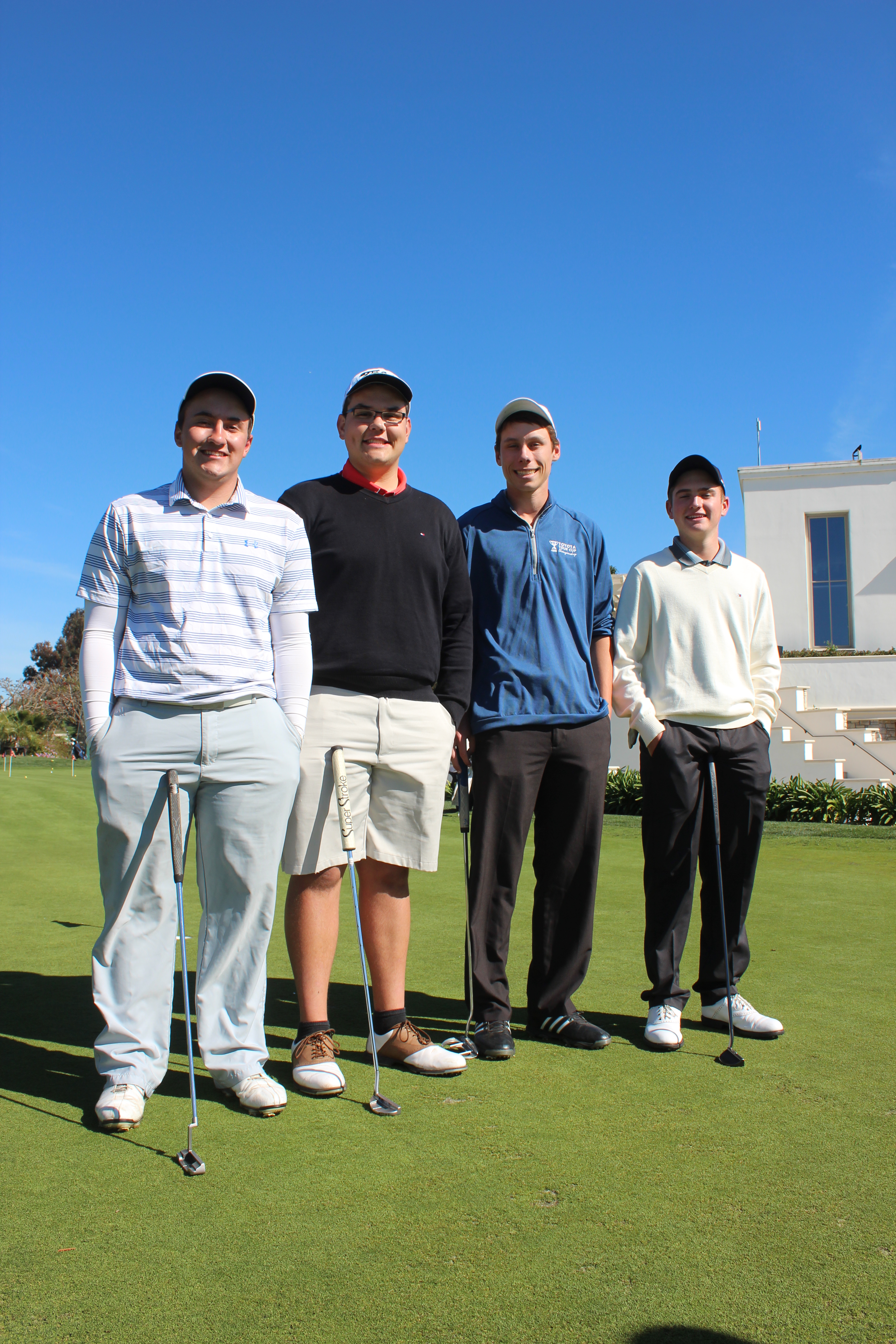 The Dana Hills boys golf team had all six of its players break 80 at Talega Golf Club in San Clemente on May 17 to card a total of 371, winning the CIF-SS South Coast Team Regional.

The Dolphins qualified for the SCGA Southern California Championship qualifier in Desert Hot Springs on May 21. Results were not available at press time.

Woodbridge finished second with a score of 374 and Beckman finished third with 378.

Dolphins Baseball Falls to Norco in CIF First Round

The Dana Hills and Norco baseball teams were at a standstill heading into the fifth inning of their CIF-SS Division 1 opening round game on May 21, as both starting pitchers were settling in and erasing any baserunners.

But Dana Hills senior starter Marrick Crouse gave up three hits and two walks in the bottom of the fifth which resulted in three runs, which was all Norco would need to secure a 3-0 victory.

Crouse and Justin Sterner would get two hits to start the top of the seventh but Norco’s Kyle Hatton escaped the jam. Hatton threw a complete game, allowing three hits and three walks to go with four strikeouts.

After barnstorming their way to a South Coast League title and into the second round of the CIF-SS Division 1 playoffs, the Dana Hills boys volleyball team was dealt only its fourth loss of the season in a four-set defeat to Los Alamitos, 25-20, 18-25, 25-23, 27-25.

The Dolphins swept Los Alamitos earlier in the year at the Orange County Championship Tournament, but the Griffins were able to turn the tables on the Dolphins in the postseason.

Dana Hills advanced to the second round after sweeping JSerra in three sets in the first round.

The 2015 All-South Coast League selections were recently announced and the Dolphins, who won the league title, were well-represented.

Outside hitter Grady Yould was named the league MVP, and senior teammates Teddy Fitzgerald and Nick Karnazes were named to the first team.

Seniors Jake Lorscheider and Grant Marocchi were named to the second team.

The Dana Hills boys and girls track and field teams finished first and second, respectively, at the South Coast League Finals on May 8 before heading to the CIF-SS Division 1 Prelims at Trabuco Hills High School on May 16.