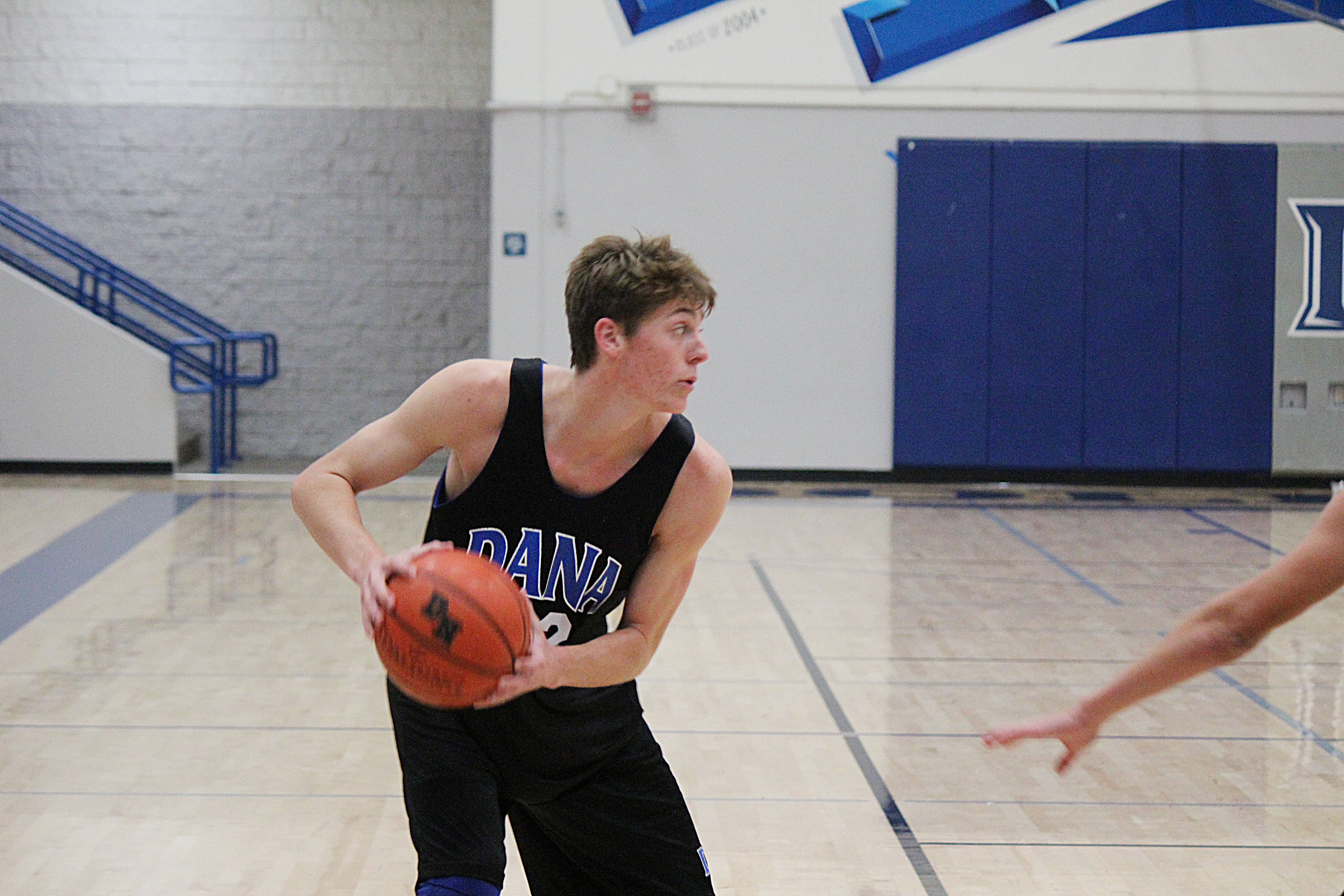 Heading into the second half of play, down 22-21, the Dana Hills basketball team rallied to outscore San Juan Hills 37-23 in the final 16 minutes on Jan. 29 to claim a 58-45 Sea View League victory, which is their fifth in a row.

The Dolphins (18-4, 5-0 league) were led by senior Jack Sheffield, who poured in a season-high 19 points. Sheffield led all scorers and made four 3-pointers.

The Dolphins now have a two-game lead over Trabuco Hills in the standings and will host San Clemente on Feb. 1.

The Dana Hills girls water polo team has had to deal with lingering injuries to key players and a tough preseason and league schedule in 2014. But that has not deterred them from competing and staying in the playoff hunt.

At 14-11 overall, including a 2-3 record in the South Coast League, the Dolphins are within striking distance of second-place El Toro (7-10, 3-1 league). The Dolphins are coming off a six-game stretch that saw them go 3-3, including a close loss to first-place San Clemente on Jan. 28. The Dolphins have three league games remaining on their schedule, including a tilt against El Toro on the last day of the season.

The Dolphins have stayed in the hunt without standout Madison Baba, last year’s leading scorer, and Maia Borisoff, the team’s main two-meter defender. Baba returned from a foot injury earlier in the year, only to go back on the injured list. She has not played in the Dolphins last 10 games. Head coach Chad Beeler said that he will know sometime this week if Borisoff will return.

Despite those injuries, the Dolphins have been winning.

Keeping the Dolphins offense afloat has been senior Molly Wilbur who, as of Jan. 30, is tied for fourth in the county in goals scored with 77.

Wilbur has been surrounded by other players who have put up consistent numbers. Contributions from Julianna Burke (28 goals, 18 assists), Haley Scott (35 goals), Kelcie Pourzanjani (31 goals, 14 assists) and Kayla McGowan (31 goals, 16 assists) have the Dolphins eyeing the No. 2 spot in league.

“It took a few games but our girls have been able to adjust to their situation of not having a few returning starters,” Beeler said. “I feel our team is getting better with every game. All we need now is a few players to come back so we can have a (substitution) or two. If we keep playing the way we have been, we will have a chance to tie for second place.”

The Dana Hills boys soccer team picked up their first Sea View League win of the season on Jan. 24 after defeating Trabuco Hills on the road 2-1.