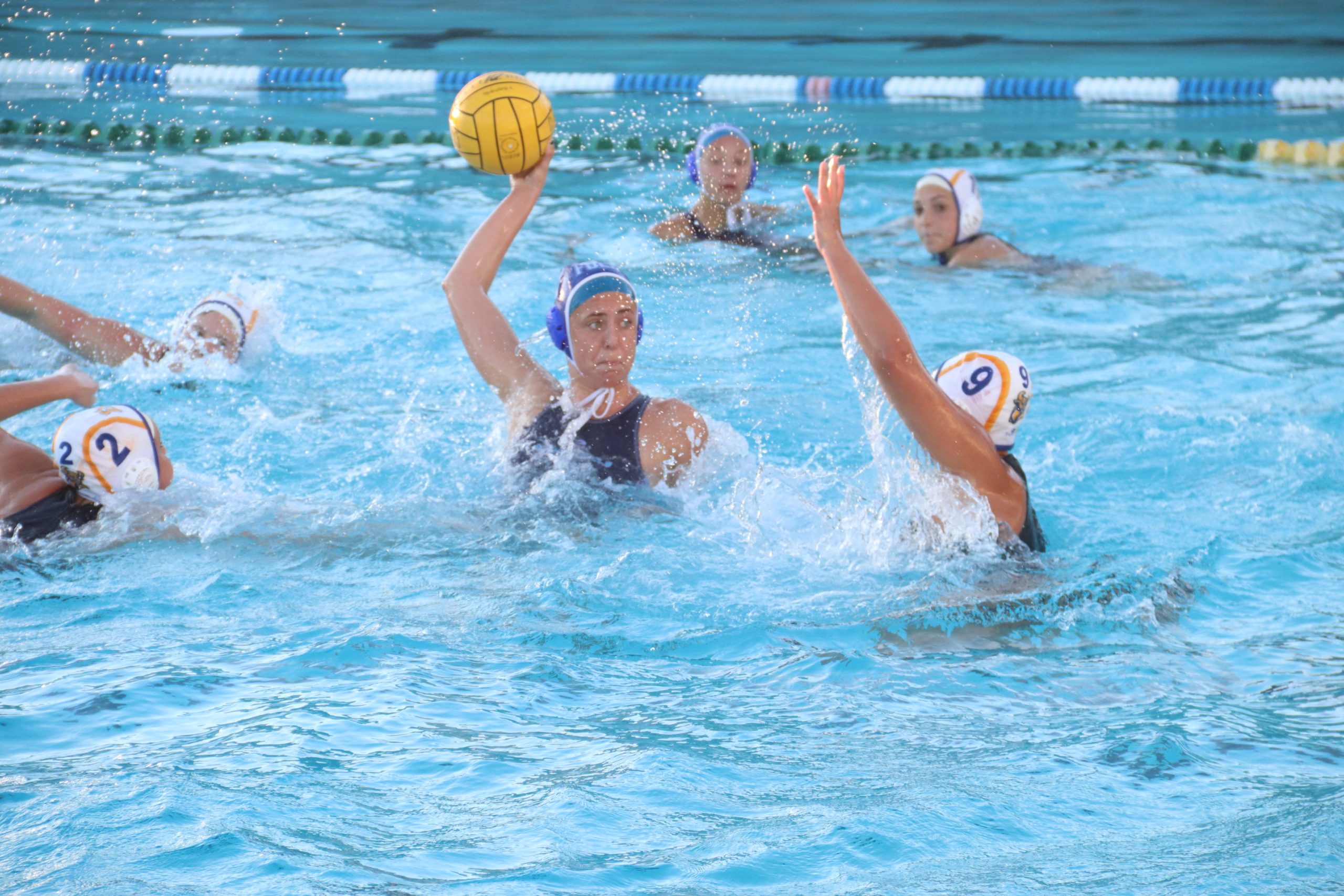 Despite its No. 3 seed in CIF-SS Division 3, the Dana Hills girls water polo team began its playoffs on the road on Tuesday, Feb. 8, but the Dolphins were undeterred.

The Dolphins remained on the road for the second round, as Dana Hills traveled to Elsinore High in Wildomar on Thursday, Feb. 10. Results were not available at press time.

If Dana Hills won, the Dolphins would host the Citrus Valley-Beckman winner in the quarterfinals on Saturday, Feb. 12.

In the CIF-SS playoffs, only league champions are guaranteed first-round home matches. Dana Hills was the third-place entry out of the South Coast League, and therefore, Villa Park, the second-place team in the North Hills League, was given priority for a home game.

Elsinore was the champion of the Sunbelt League and had a first-round bye. That’s why Elsinore was guaranteed to host in the second round, its first game of the playoffs.

In a potential quarterfinal matchup, both Citrus Valley and Beckman had hosted games in the first two rounds, so Dana Hills, which had not hosted a game, would be guaranteed to host the next round, no matter which team it played.

Boys Basketball Earns No. 3 Seed in Division 3A

Despite its late slip-ups in Sea View League play, the Dana Hills boys basketball team still earned the No. 3 seed in Division 3A when the CIF-SS playoff brackets were released on Tuesday, Feb. 8.

Dana Hills was still an at-large selection as a non-automatic team from the Sea View League, so the Dolphins open the playoffs on the road at a league champion. Dana Hills will play at San Jacinto, champion of the Mountain Pass League, on Friday, Feb. 11, at 7 p.m.

San Jacinto was 8-0 against league opponents and 4-9 outside of league, with one of those non-league wins coming in a tournament by 19 points against a league team San Jacinto beat by 31 points.

Dana Hills finished the regular season 15-9 overall and ended tied with last-place El Toro in the Sea View League with a 1-5 record. The Dolphins’ and El Toro’s lone league wins came against each other. Dana Hills’ five league losses also came consecutively in the last five games of the regular season.

The Dolphins now get a chance at a clean slate in their first trip to the playoffs since 2020. Dana Hills is looking for its first playoff win since 2019, when the Dolphins lost in the Division 4AA quarterfinals.

If Dana Hills wins, the Dolphins would host the Chino-Corona winner in the second round on Tuesday, Feb. 15.

The Dana Hills girls basketball team held a ranking in CIF-SS Division 4A for a majority of its season, but an 0-8 finish in the South Coast League pushed the Dolphins out of playoff contention. Dana Hills was in the poll as recently as last week, at No. 12, and was as high as No. 3 on Jan. 10 and No. 4 on Jan 18. The Dolphins finished 12-15 overall, with their closest margin of defeat in league at 11 points.

The Dana Hills girls soccer team ended its season on a high note with back-to-back wins over El Toro and Mission Viejo. The Dolphins had lost nine in a row and 11 of 12 games with one draw. Dana Hills finished 3-12-1 overall and 2-7 in the South Coast League.

The Dana Hills boys soccer team earned a win and a tie among its final three games to get on the board in the Sea View League. The Dolphins beat Tesoro and then tied Trabuco Hills in the season finale. Dana Hills had one win in its final 12 games and finished 3-10-3 overall (1-7-1 in league).