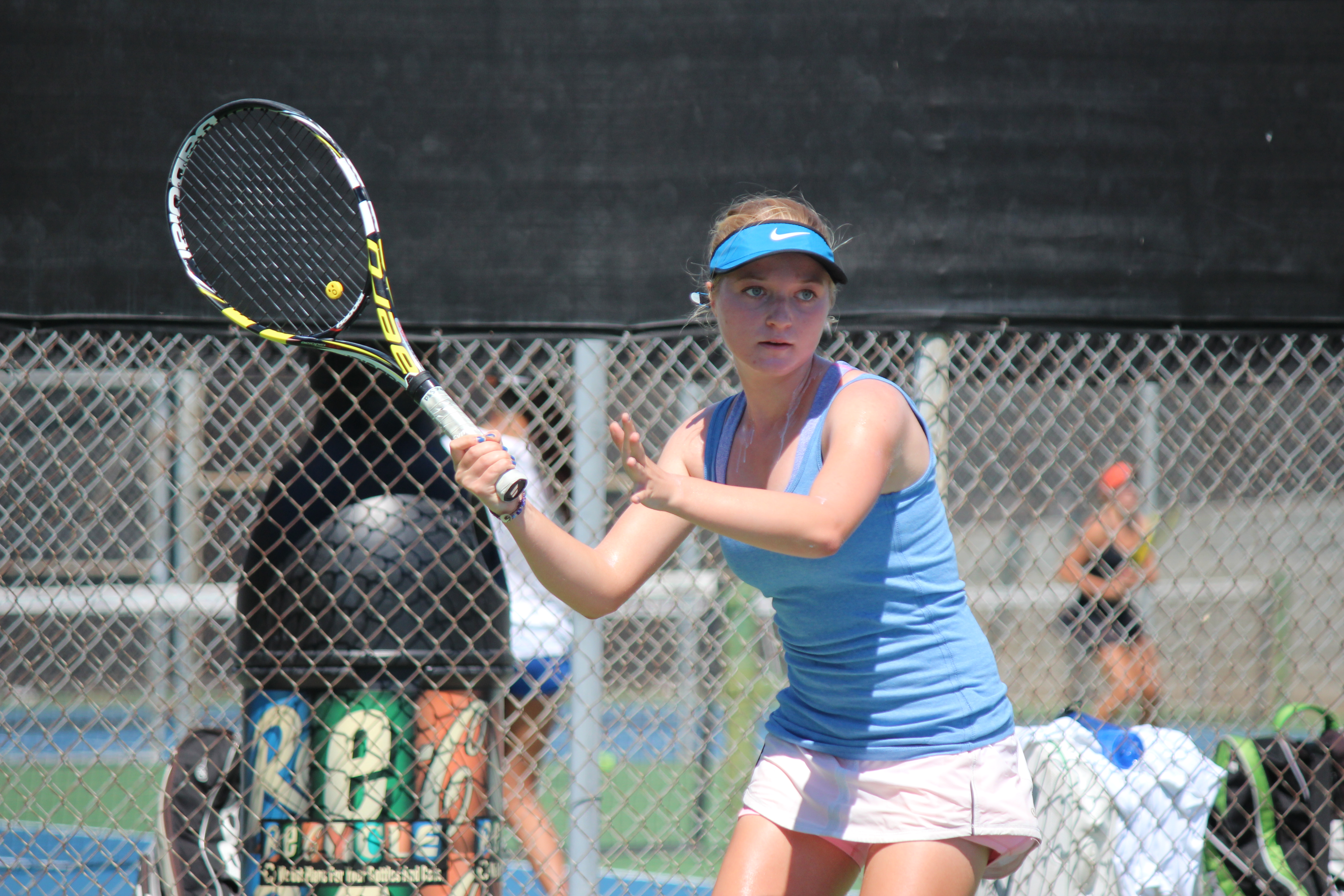 For in-game updates, news, scores and more for all of the Dana Hills High School fall sports programs, follow us on Twitter @SouthOCsports.

Facing a San Clemente team that ended their historic league winning streak earlier this month, the Dana Hills girls tennis team defeated the Tritons in the rematch on Oct. 21 to ensure a share of the South Coast League title.

The Dolphins would go on to lose a narrow match, 9-9, with Tesoro on Oct. 23 but the split with the Tritons guaranteed they will retain the league hardware yet again. In the Tesoro match, the Titans prevailed due to number of games won.

Dana Hills finished the regular season with an 8-4 overall record, including a 6-2 record in league play.

The Dolphins were set to compete in the South Coast League finals from Oct. 28-29. Results were not available at press time.

Soewondo qualified for the CIF-SS Individual Regional Championship, which was played at Dad Miller Golf Course in Anaheim on Oct. 27. Results were not available at press time.

The Dana Hills football team was set to host San Juan Hills on Oct. 30 in their final home game of the season. Results were not available at press time.

The game marked the third time the Dolphins team and boosters hosted their Honor the Valor benefit game. Every year, the team invites military veterans to take part in pre-game ceremonies, which include guest speakers and dinner.

In years past, veterans spanning from World War II to Operation Enduring Freedom have been in attendance. This year, 63 veterans were scheduled to be on hand for the game.

The Dolphins players also don special custom made jerseys with the name of a veteran on the back replacing their own. At the end of the game, each Dolphins player will present the jersey to their respective veteran.

After running through the South Coast League with a perfect record to-date, the Dana Hills boys water polo team has one final test left on its schedule—a rematch with rival San Clemente on Nov. 4. As of Oct. 30, the Dolphins were two games clear of the second place Tritons, who have two games remaining on their schedule.

If Dana Hills (12-9, 6-0) can defeat the Tritons, they will earn an outright first-place finish in league.

But that scenario might not manifest itself. San Clemente was slated to play Mission Viejo in a league contest on Oct. 30. If the Tritons lose that game, their chances of sharing the title with Dana Hills are slim.

The Dolphins were able to beat the Tritons on the road, 11-8, on Oct. 14 behind a balanced offensive performance.

Dana Hills will play Agoura in a nonleague match on Nov. 5 before closing out their season with a league game against Mission Viejo on Nov. 6.

Dana Hills now trails second place Tesoro by one game and could tie with the Titans for second place if Tesoro falls to Capistrano Valley on Nov. 3. The Dolphins will need to defeat San Juan Hills on Nov. 3 if they are to have a shot at earning an outright playoff berth.

The girls cross country team finished fourth in the sweepstakes race behind the efforts of Sienna Serrao (18:15) and Kathryn Kaloroumakis (18:22).