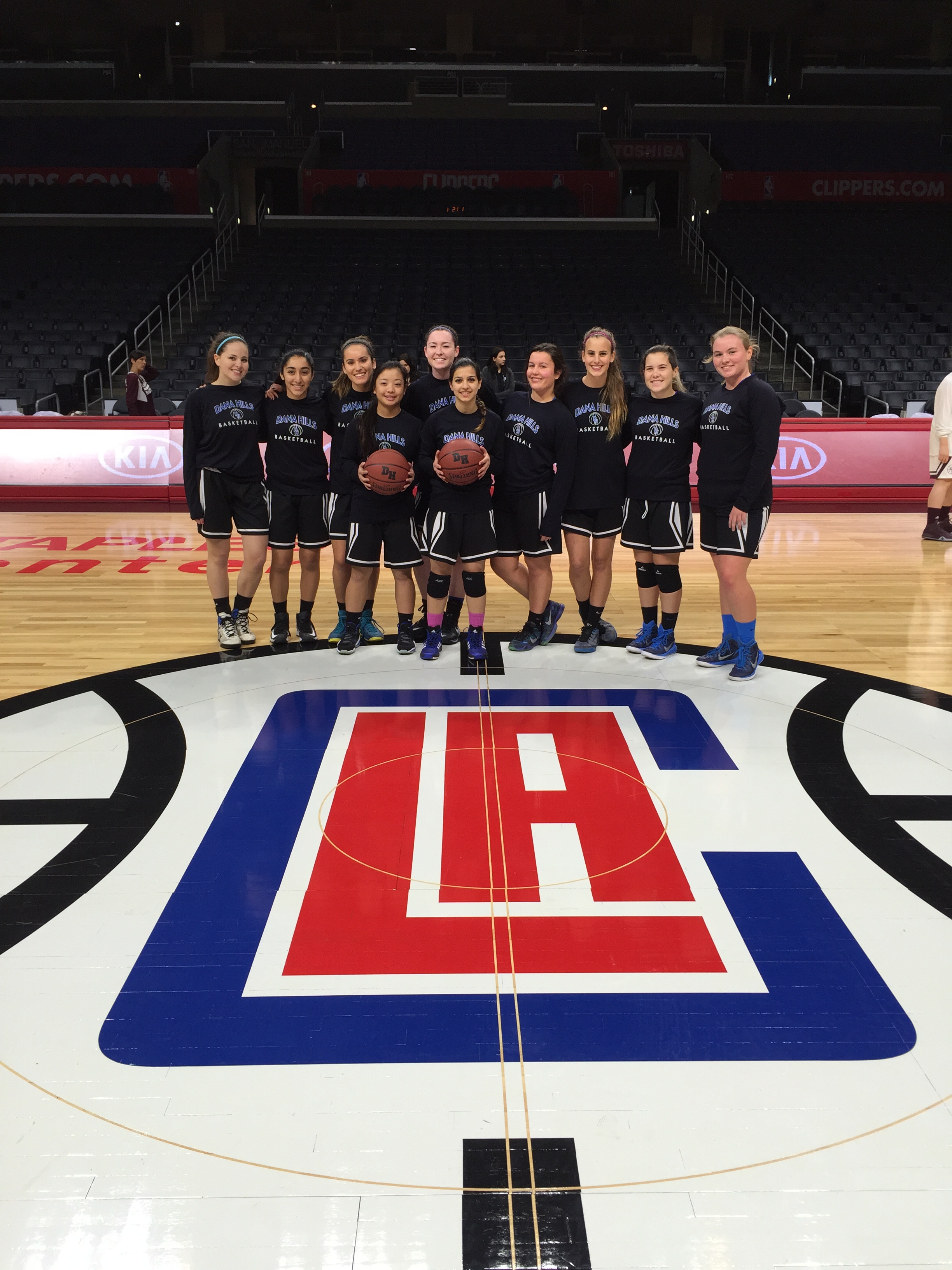 As part of a preseason exhibition, the Dana Hills girls basketball team travelled to the Staples Center in Los Angeles to play against Laguna Beach on Nov. 25. The Dolphins played a scrimmage against the Breakers earlier in the day and stuck around to watch the Los Angeles Clippers take on the Utah Jazz.

The Dolphins (1-1) officially opened their season three days later, playing host to University High School in a nonleague game on Nov. 28. The Dolphins lost 52-43 to University, but bounced back with a 58-50 win over San Juan Hills as part of the Corona Del Mar Tip-Off Tournament on Nov. 30.

Dana Hills is set to open play in the Ocean View Tournament on Dec. 7.

Playing in the Coast News Tip-Off Classic tournament, the Dana Hills boys basketball team began their season with a 69-58 loss to Temecula Valley on Dec. 1.

The Dolphins (0-1) and Temecula Valley were neck-and-neck for much of the game. Dana Hills trailed by four points heading into the fourth quarter but were outscored by the Golden Bears 24-17 in the final quarter.

The Dolphins will wrap up their tournament debut with a game against Army-Navy on Dec. 4.

In the second half, Dana Hills (0-1) got on the scoreboard following a goal by senior Spencer Madden.

The Dolphins will continue their nonleague schedule with a Dec. 4 home match against Laguna Beach.

The Dana Hills girls soccer team was set to open its season with a home match against Valencia on Dec. 3. Results were not available at press time.

Dana Hills will travel to play Huntington Beach in a nonleague contest on Dec. 4. The Oilers entered the season as the No. 7-ranked team in the CIF-SS Division 1 preseason polls.

The Dolphins are coming off a season that saw them go 10-10-2 overall and place third in the South Coast League.