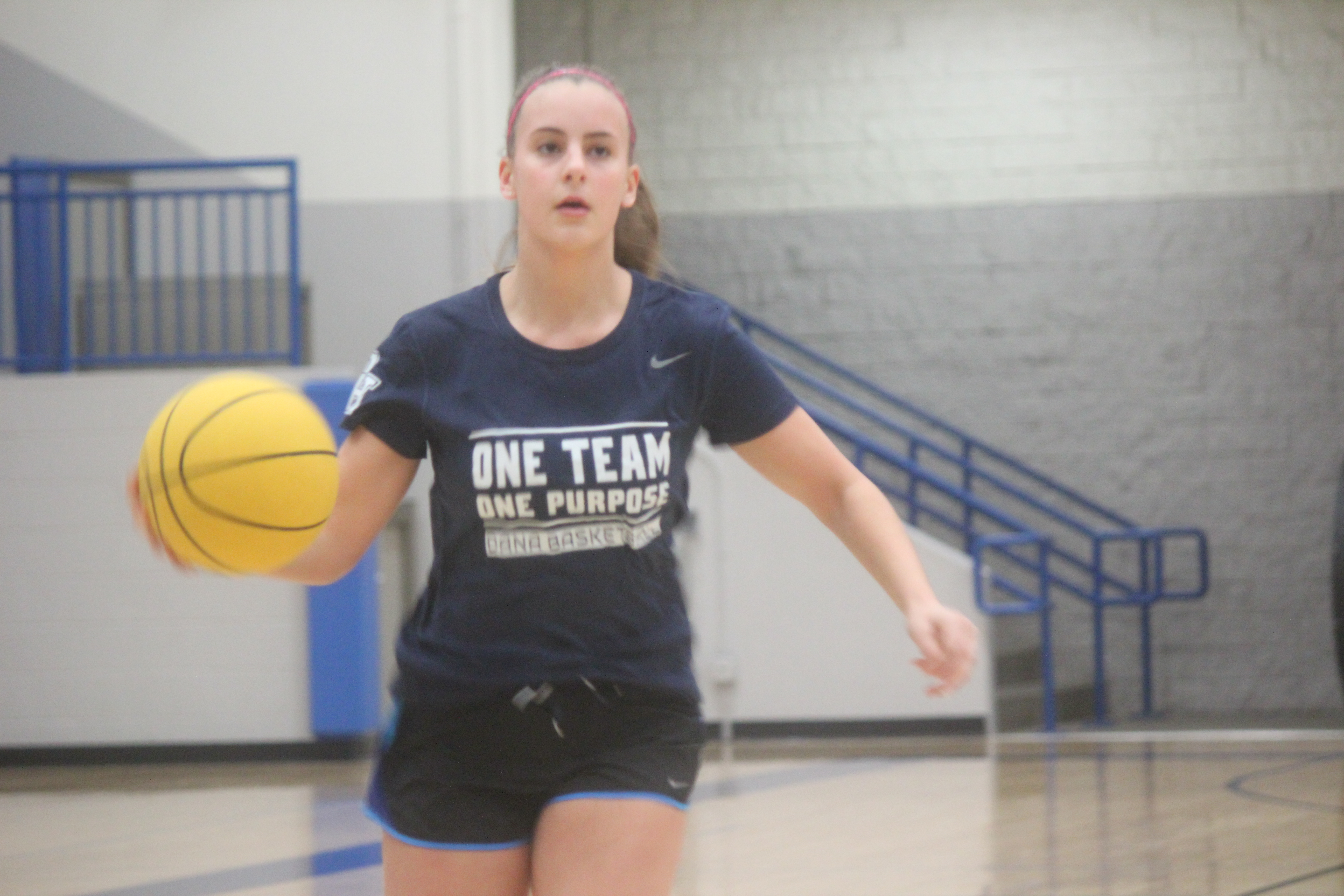 Momentum is squarely on the side of the Dana Hills girls basketball team, as the group continues to pick up wins throughout its historic season.

Dana Hills, which is off to its best start in over 12 years, has won nine in a row and improved its record to 14-3 overall with a convincing 45-19 Sea View League victory over Mission Viejo on Jan. 10. The Dolphins, the defending league champions, have not lost since Dec. 6.

Against the Diablos, the Dolphins were led by Peyton Romo’s 16 points. Maicie Saia chipped in nine in the win, and the Dolphins’ defense held an opponent to under 20 points for the third time in their last six games.

Dana Hills was scheduled to play Capistrano Valley in a league game on Jan. 12. Results were not available at press time.

The Tritons got late goals by Tori Phillips and Rylee Rask to earn the win, and goalie Lauren Brzykcy made six saves to ensure the shutout.

The match was the league opener for the Dolphins (4-1-4, 0-1 league), who were scheduled to host Aliso Niguel on Jan. 12. Results were not available at press time.

The Dana Hills boys soccer team lost two closely contested matches against Laguna Beach and Trabuco Hills to fall to 3-10-3 on the season.

The Dolphins lost to Laguna Beach on the road 3-2 on Jan. 4. The teams were tied 1-1 at the half, but the Breakers were able to outscore Dana Hills 2-1 down the stretch. Ryan Swanson and Nick Wagner each scored for the Dolphins in the loss.

In another tough-luck loss, Dana Hills lost its Sea View League opener to Trabuco Hills 2-1 on Jan. 11. Trabuco Hills jumped out to an early 1-0 lead following a Dolphins’ defensive miscue in its own goal area. The Mustangs sealed the win by converting on a penalty kick in the second half. Alexis Bastida scored the Dolphins’ lone goal and was assisted by Parker Moore.

Dana Hills will continue league play on the road against Tesoro on Jan. 13.

The Dana Hills boys basketball team will have its hands full when it travels to play Capistrano Valley in a Sea View League contest on Jan. 13. The Cougars (10-5) are a battle-tested team and are currently ranked third in the CIF-SS Division 2A polls.

After a sluggish start, Dana Hills (6-10, 0-1) has had success since the winter break. The Dolphins went 2-2 at the SoCal Holiday Prep Classic in San Diego, then defeated San Pasqual 71-24 in a nonleague game on Jan. 4.

The Dolphins began league play on the road against Mission Viejo on Jan. 11, but were narrowly edged in a 45-43 loss.

In both teams’ South Coast League opener, the San Clemente girls water polo team used a second-half surge to get past visiting Dana Hills 11-5 on Jan. 10.

The Dolphins (9-6, 0-1) held a 4-1 lead at the halfway point, but the San Clemente offense caught fire over the final two quarters while holding the Dolphins to just one goal. Brooklyn Aguilera led all scorers with three goals for San Clemente and the Tritons’ goalie, Victoria Reardon, tallied 11 saves.

The Dana Hills wrestling team won its South Coast League opening dual match against Tesoro 50-22 on Dec. 15. The Dolphins were scheduled to compete in their second dual meet, against El Toro, on Jan. 12. Results were not available at press time.

The Dolphins will wrestle in the Troy Tournament this weekend.