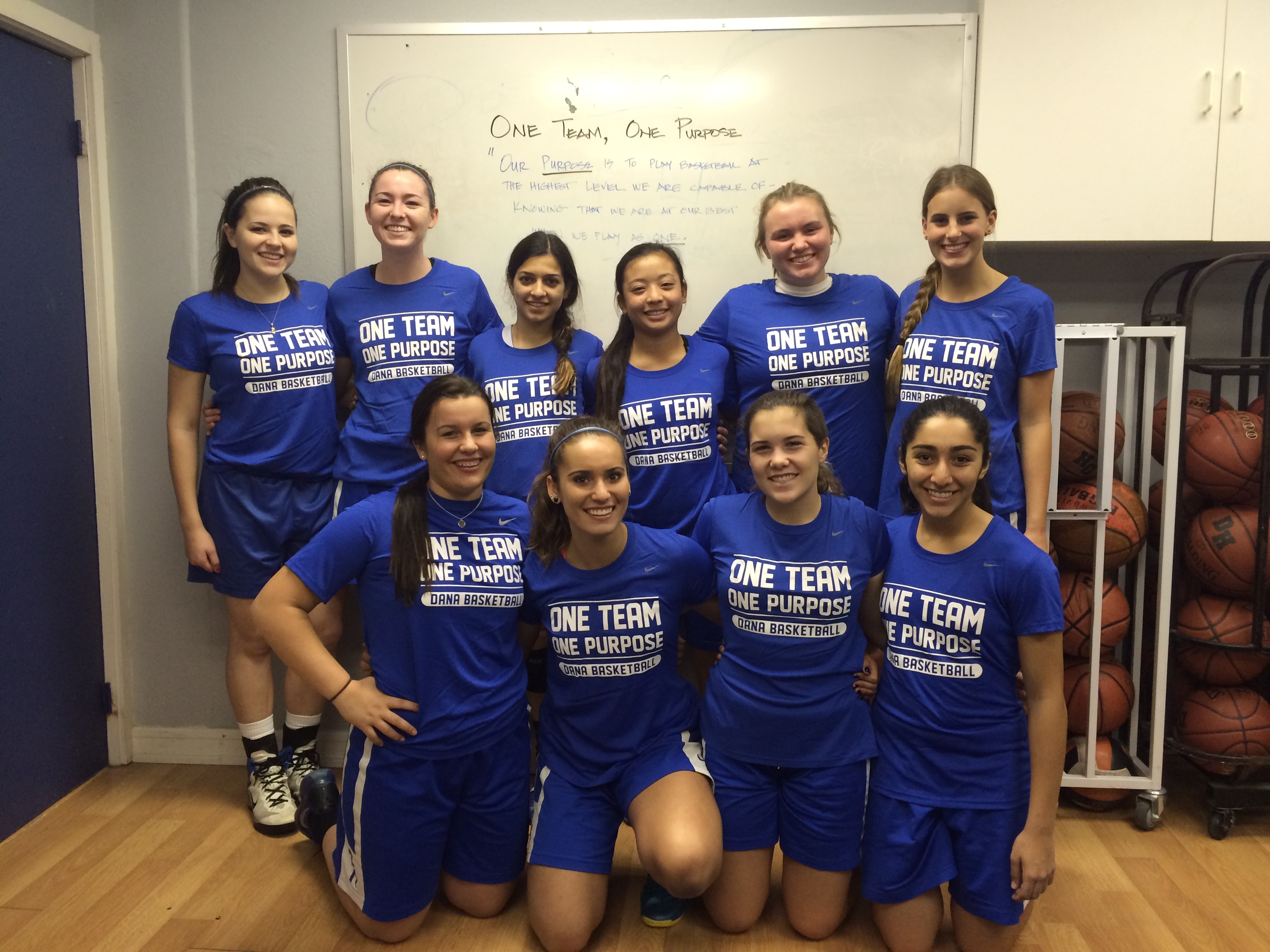 A second-half surge powered the San Clemente girls water polo team past visiting Dana Hills 10-7 in the final match of the regular season on Feb. 10.

Both teams were deadlocked at five goals apiece at the halfway point, but the Tritons outscored the Dolphins 5-2 down the stretch to seal the victory.

Sydney Baba and Maia Borisoff each scored a team-high three goals and both tallied an assist.

A win would have pulled the Dolphins (14-15, 4-4 league) even with the Tritons (18-11, 6-2) in the South Coast League standings. The Dolphins finished third in league play, behind San Clemente and El Toro, respectively, and ended the regular season as the No. 9-ranked team in CIF-SS Division 2.

The third-place finish in league earned the Dolphins a berth in the upcoming CIF-SS Division 2 playoffs. Playoff brackets will be released on Feb. 13 at 10 a.m.

In a drastic turnaround from one year ago, the Dana Hills girls basketball team captured second place in the Sea View League in 2016. Dana Hills defeated Mission Viejo and Capistrano Valley on Feb. 8 and Feb. 10, respectively, to close out the regular season and are now playoff bound.

The Dolphins (16-7, 5-2) made a drastic turnaround this season in just the second year of head coach Anne Honey’s tenure. Dana Hills won only nine games last season, including two league contests, and placed fourth in league. This year, the Dolphins’ hit the 16-win mark for the first time since the 2007-2008 season.

Sophomore guard Peyton Romo led the Dolphins offense in a 47-37 victory over Mission Viejo on Feb. 8. The standout sophomore recorded game-highs in both points (15) and rebounds (eight). Romo also recorded five steals in the contest and, as a whole, the Dolphins recorded 22 steals against the Diablos. Senior Maddy Bloom poured in 13 points in the win.

The Dolphins capped the regular season off with a bang by scoring a season-best 70 points in a 70-30 win over Capistrano Valley on Feb. 10. The Dolphins jumped out to a huge 25-4 lead after the first quarter and did not let up. Bloom led all scorers with 27 points and Romo contributed 16 in the win.

Dana Hills will compete in the upcoming CIF-SS Division 2AA playoffs. Brackets will be released on Feb. 14 at 12:30 p.m.

The Dana Hills girls soccer team closed out its regular season with an impressive 1-1 draw against top-ranked Aliso Niguel on Feb. 10. The match was the final South Coast League game for both teams. The Dolphins placed third league.

The Dolphins had a very successful run through the tough South Coast League this season. Dana Hills (6-4-10, 3-2-3) lost only two matches, one to first-place Aliso Niguel and one to second-place San Clemente, on its way to claiming third.

Dana Hills earned a berth in the upcoming CIF-SS Division 1 playoffs. The soccer playoff brackets will be released on Feb. 15 and 10 a.m.

Dana Hills senior captain Trevor Allen found the back of the net in the second half against the Trabuco Hills boys soccer team in a 1-1 tie on Feb. 5, ending a three game losing skid for the Dolphins.

Following the Tritons 59-46 victory, San Clemente not only won the league title outright for a second consecutive season, the home team tied a school record for most wins in a season.

San Clemente notched its 20th win of the year behind a dominant second-half performance. The Tritons trailed Dana Hills by five points at the midway point, but surged out in front in the third quarter thanks to a 12-2 run.

San Clemente did not let up in the fourth and continued to shoot at a high clip from the field. San Clemente outscored the Dolphins 34-16 over the final 16 minutes of play.

Dana Hills jumped out to an early lead thanks to the guard play of senior Parker Romo, Nathan Hernandez and Harold Hall.

Hall led all scorers in the game with 19 points, eight of which came in the fourth quarter. Romo scored all nine of his points in the first quarter and Hernandez chipped in five.