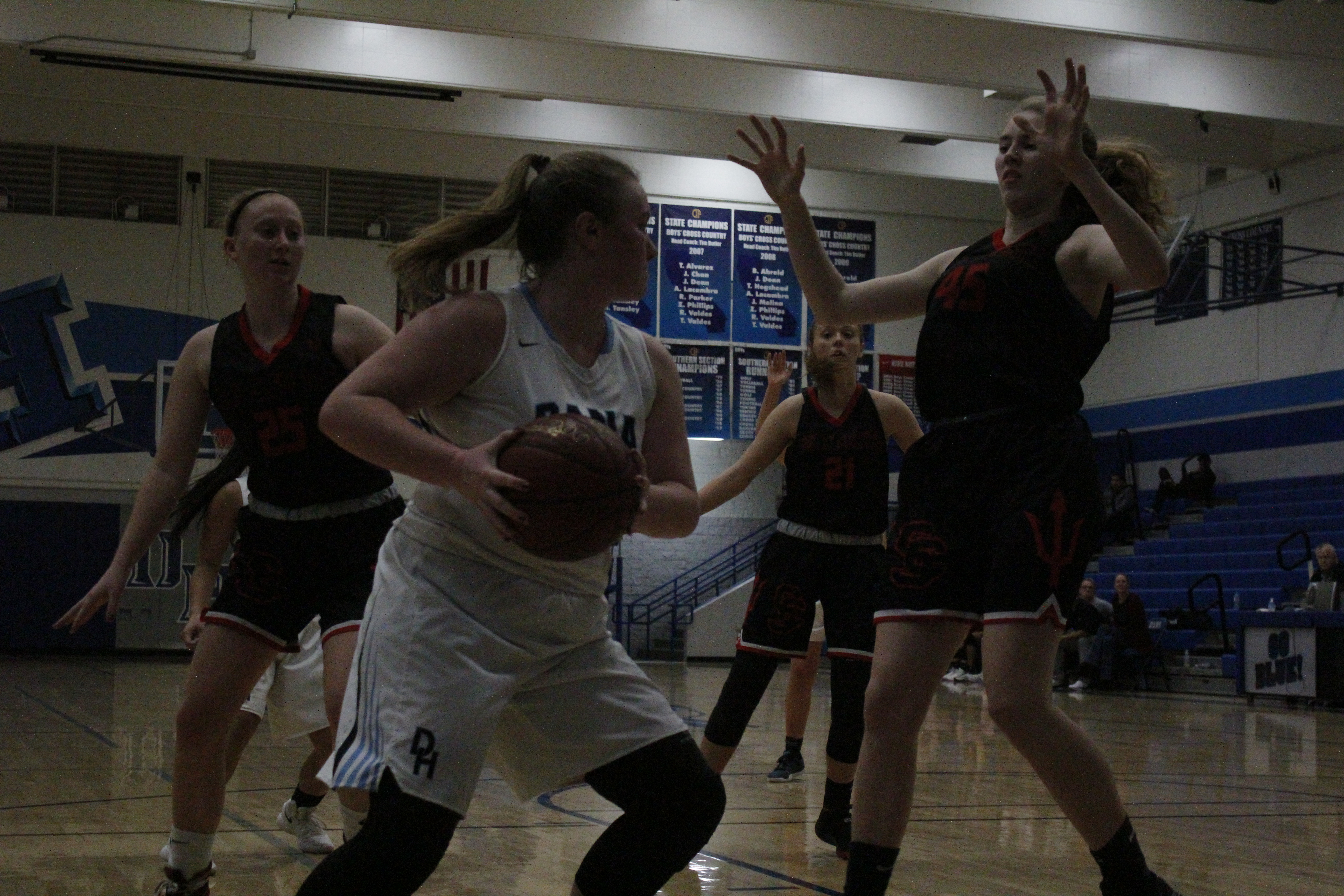 Dana Hills opened its Sea View League campaign with a 53-35 win over Mission Viejo on Jan. 9.

Mission Viejo cut the lead to two points in the second quarter before the Dolphins (9-8, 1-0) went on an 11-0 run into halftime. The run extended to 16-0 to open the second half, and Dana Hills would lead by as much as 21 points in the fourth quarter.

The win breaks a skid where Dana Hills had lost three in a row and five of its last six games.

The Dolphins suit up next on the road against defending league champion Trabuco Hills on Tuesday, Jan. 16. Dana Hills is ranked No. 11 in the latest CIF-SS Division 2A poll, and Trabuco Hills is No. 14 in Division 3AA.

The Dana Hills boys opened league on a tough note with a 49-45 home loss to San Juan Hills on Jan. 10.

It was a tight contest throughout as the Dolphins trailed by one point after the first and second quarters and by three points after three quarters.

San Juan Hills pushed out by as much as 11 points in the fourth quarter. Dana Hills scored the game’s last seven points to draw close but ultimately fall short.

Dana Hills’ next league test is Friday, Jan. 12 against Mission Viejo before taking on CIF-SS champion Capistrano Valley on Wednesday, Jan.17. Dana Hills is ranked No. 10 in the latest CIF-SS Division 4AA poll, and Capistrano Valley is No. 2 in Division 2AA.

The Dana Hills girls held on for the upset tie against San Clemente, 1-1, to open the South Coast League on Jan. 9., and the Dolphin boys fought back to tie Trabuco Hills, 1-1, in their Sea View League opener on Jan. 10.

The Dana Hills girls (2-5-2, 0-0-1) took advantage of a soaked field with a slow game and struck first in the 49th minute. San Clemente raced back within the next minute to tie the score but wouldn’t come close after that.

The Dolphins boys (9-5-2, 0-0-1) were down a goal at halftime, but Bobby Reynolds brought the game even in the second half. Hayden Fisher made two saves.

Results were not available at press time for the girls game against defending league champion Aliso Niguel on Jan. 11. The Dolphins’ next match is Tuesday, Jan. 16 against Laguna Hills.

The boys push forward against Tesoro on Friday, Jan. 12, and host Laguna Hills on Wednesday, Jan. 17.