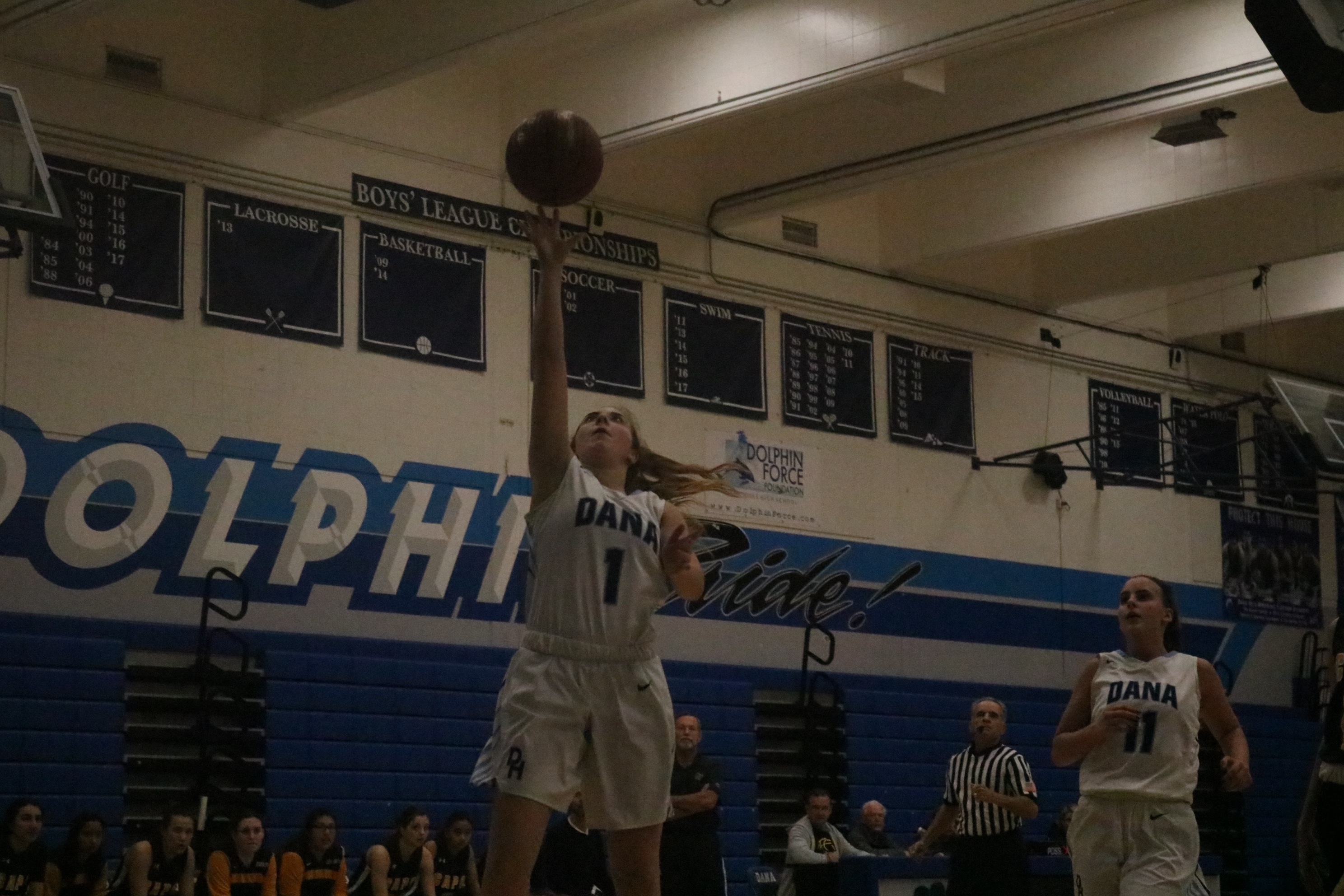 Junior Maya McArthur put together another double with 13 points and 10 rebounds. It was her 14th double-double in 18 games this season.

Olivia Chambers had a strong night with 14 points and eight steals.

Against Capo Valley, the Dolphins put the hammer down in the fourth quarter. Dana Hills outscored the Cougars, 24-5, in the final frame to equal their largest margin of victory this season. Dana Hills beat Newport Harbor, 59-18, on Nov. 30.

Captain Kian Abedi, ranked No. 3 in the county at 170 pounds, took on county No. 1 Cody Burdette of Trabuco Hills in the title match, but Burdette won by pin.

By finishing in the top five, all seven wrestlers advance to the CIF-SS Coastal Division Tournament on Friday, Feb. 16 at Westminster High.