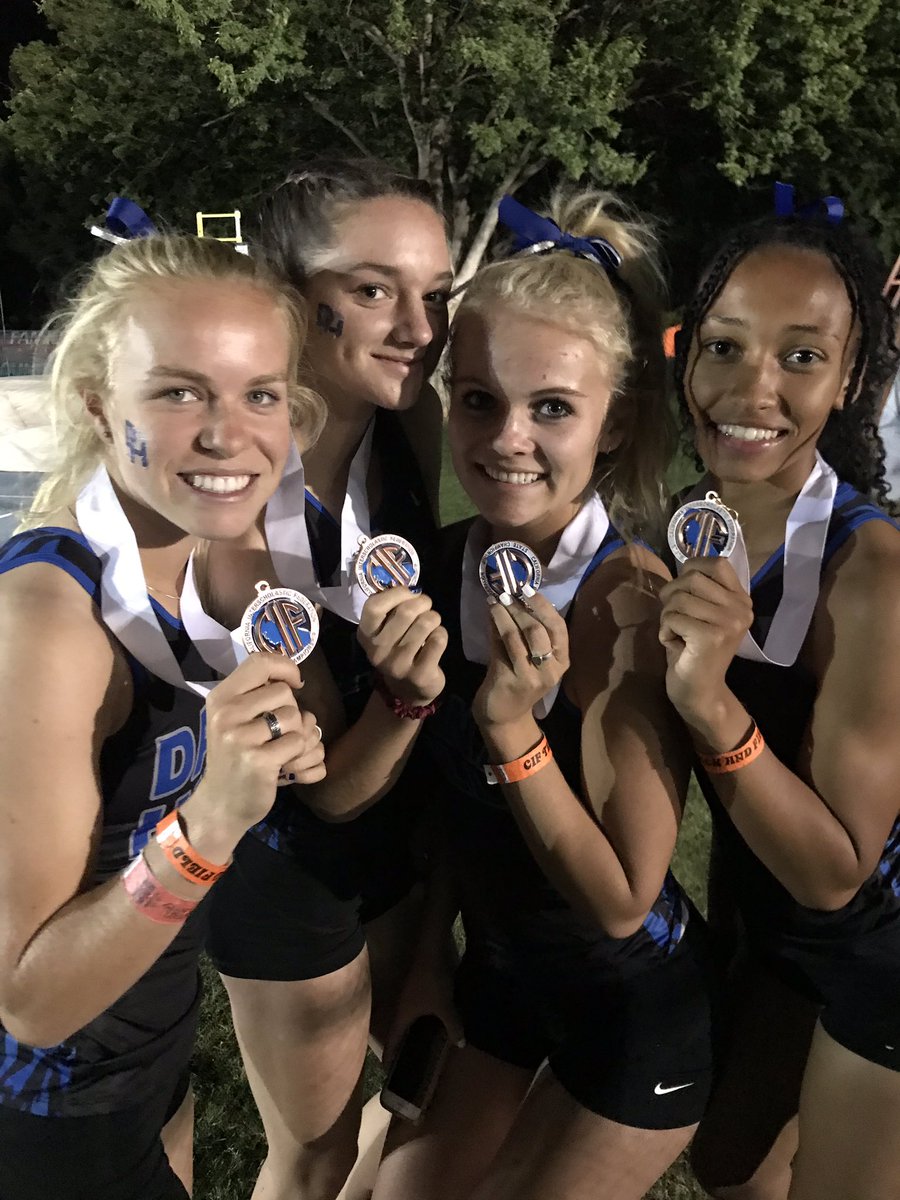 As the high school sports season comes to an end, it was again the Dana Hills girls 4×400-meter relay team that stood as the crown jewel for the Dolphins track and field team.

The Dana Hills foursome of senior Hailey Ray, juniors Anisa Rind and Mia Lawrence and sophomore Camryn Toole qualified the Dolphins 4×400-meter relay team to the CIF State Championship Finals for a third consecutive season and earned bronze with a third-place finish at 3:48.29 on Saturday, May 25 at Buchanan High School in Clovis.

Toole ran the opening leg, then Ray followed, Rind took the third leg and Lawrence ran the anchor leg. Long Beach Poly took first place with a time of 3:46.23, and Roosevelt of Eastvale finished in second at 3:47.94.

The relay group qualified for the final with a fifth-place run the previous day in preliminaries at 3:48.53. The Dolphins qualified for State with a season-best time of 3:47.11 for a sixth-place finish at CIF-SS Masters.

The 4×400-meter relay team finished eighth at State last season and earned silver in 2017. Ray was the only member to run on all three teams that qualified for the State final. Rind and Lawrence ran on each of the past two.

Dana Hills has had only one individual State champion in its history. Bryan Harrison won the boys 200-meter State title in 1995.

The relay team was one of three Dana Hills entries to qualify for the State meet.

Ray ran individually in the 300-meter hurdles. The UC Santa Barbara-bound senior qualified for State with a personal-record time of 43.33 seconds at Masters for a third-place finish. In the State prelims, Ray finished 15th at 45.07 seconds.

Rind just missed out on State qualification in the girls 200 meters at Masters. Rind ran a time of 24.73 seconds to finish in eighth, one spot and 0.18 seconds out of State.

Four Dana Hills senior student-athletes were recognized for their outstanding seasons and given the opportunity to lace up one more time in their Dolphin blue.

Pitcher Terra Goetz played for the Green Team in the Orange County Softball Coaches All-Star Classic on May 21 at Bill Barber Park in Irvine. The game finished in a 1-1 tie after nine innings. Goetz is headed for William Jessup University in the fall.

Shortstop Zach Waters and catcher Logan Gallina, along with Coach Tom Faris, helped lead the South to a 5-3 win over the North in the Orange County All-Star Baseball Game on May 21 at Glover Stadium in Anaheim. The South leads the North in the all-time series, 29-22-1.

Setter Drae Fresenius played for the South in the Orange County Girls Volleyball All-Star Game on May 21 at Newport Harbor High School. Fresenius is bound for San Jose State in the fall.