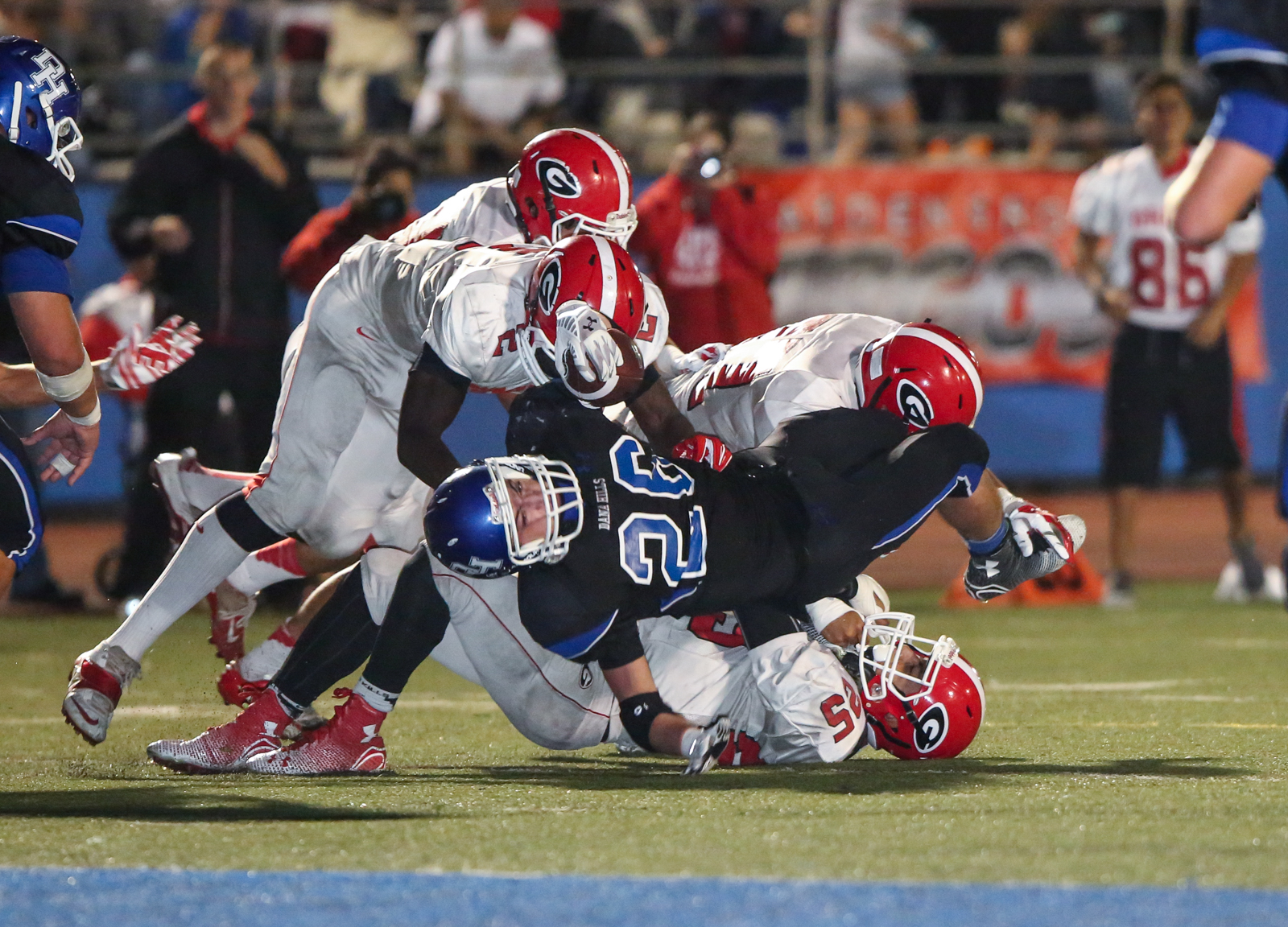 The Dana Hills football team started off their South Coast League campaign with an opening game against Mission Viejo on Oct. 10. The Dolphins (1-6, 0-1 league) hung with the Diablos in the first quarter and entered the second tied 0-0. But that was the closest Dana Hills would remain to Mission Viejo the rest of the night, as the first-place Diablos offense woke up and cruised to a 34-7 victory.

The Dolphins will have another difficult task at hand when they travel to play Tesoro on Oct. 24.

Tesoro (6-2, 1-1) enters the week ranked third in the CIF-SS West Valley Division and is coming off a disappointing late-game loss to Mission Viejo.

The Titans are led by quarterback Devon Modster, running back Anthony Battista, receiver Jake Smeltzer and a quick, hard-hitting defense.

The Dolphins had three players record pass attempts in the loss to Mission Viejo two weeks ago. Junior Brandon Rogers completed 7 of 14 pass attempts for 102 yards, with one touchdown and two interceptions. Senior Cole Wilber, who has been the Dolphins starter this season, completed 12 of 18 for 104 yards and senior Jay Schuyler attempted two throws.

The Dolphins defensive front seven will have their hands full with Battista, who has been the Titans workhorse this season, and Modster, a dual-threat quarterback. In Tesoro’s last game against Mission Viejo, the two accounted for 146 yards rushing and one touchdown.

The boys team was led by juniors Mason Coppi and Jake Ogden, who finished second and third, respectively in the varsity sweepstakes. Coppi and Ogden finished one second apart from each other. Senior Alex Smith placed 22nd and freshman Jack Landgraf placed 31st.

Dolphins Water Polo Out in Front

A convincing 20-10 win over Mission Viejo on Oct. 21 solidified the Dana Hills boys water polo status as the first-place team in league and the No. 2 ranked team in CIF-SS Division 2 this week.

The Dolphins made the jump up in the CIF-SS rankings following wins over San Clemente (Oct. 14) and Los Osos (Oct. 17).

Williams led the way again in the Dolphins win over the Diablos. He had a team-high five goals, two assists and four steals. Goalie Riley Zachary had 12 saves.

The last time the Dana Hills and San Clemente girls volleyball teams squared off, it ended with a five-set victory for the Dolphins. The two teams, who are jostling for second place in the South Coast League, will play again on the Dolphins home court Oct. 29.

Dana Hills was set to host Capistrano Valley at home on Oct. 23. Results were not available at press time. The Cougars swept the Dolphins on Oct. 7.

The Dana Hills girls golf team closed out their regular season with a 203-211 win over rival Tesoro at El Niguel Country Club on Oct. 16.

In the final match of the regular season, the Dolphins’ Tori Hummel earned match medalist honors after carding a 37 (+1) on the front nine at El Niguel. Sophomore Joan Soewondo shot 39 (+3) to help seal the win for Dana Hills.

The South Coast League finals were set to take place Oct. 20-21. Results were not available at press time.