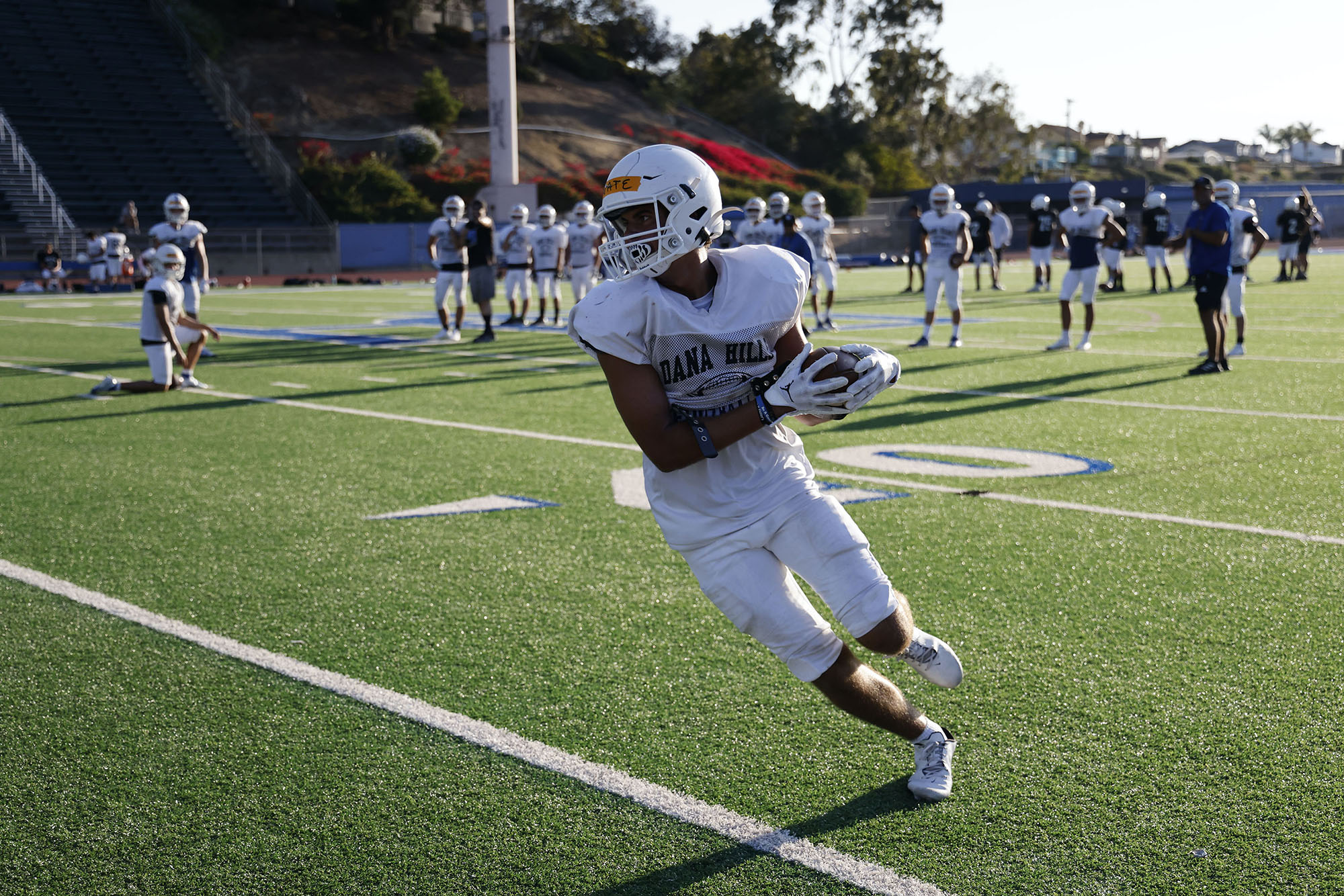 The second season of the Tony Henney era for the Dana Hills High football program kicks off on Friday, Aug. 19, and with the program on an upward trend, the Dolphins look to start out on the right foot once again.

Dana Hills has won its past three season openers after previously not having won an opener since 2013. The Dolphins will attempt to make it four in a row when they welcome University to Dana Hills on Friday.

Dana Hills comes off a record-breaking and historic season, during which numerous offensive passing marks were set by a high-octane offense to reach the CIF-SS playoffs for the first time since that aforementioned 2013 season. The Dolphins have replaced plenty of graduation-vacated spots on that offense, and University provides a great opportunity for Dana Hills to show what those players can do.

Dana Hills dominated University on the road last season, 43-0. That game kicked off a string of four consecutive shutouts over University, as the Trojans lost the final seven games by a combined score of 308-27.

University does return seven players on offense, but the Trojans are inexperienced along the line of scrimmage—an area of targeted improvement from Dana Hills over the offseason. University will provide one wrinkle to test the Dolphins with dual-threat junior quarterback Koa Saito.

The Dolphins are likely to focus on the ground game early, as they try to establish themselves as a physical presence this season. The offensive and defensive lines spent the offseason pushing hard in the weight room, and University presents the first opposition on which to test that new strength and attempt to open holes for senior running back Christian Guarascio.

It was a tough opening night for the Dana Hills girls volleyball team, but the Dolphins showed promise for the season ahead.

The Breakers took the first set in strong fashion, 25-15, but the Dolphins battled back to take the next two sets, 25-19 and 15-17. Laguna Beach evened the match in the fourth set, 25-17, to set up the decisive fifth set, in which the Breakers defended their home court by a thin margin, 15-13.

Laguna Beach has beaten Dana Hills in three straight five-set matches, and the Breakers have won six of the past eight against the Dolphins dating back to 2015.

The Dolphins came home to host Santa Margarita on Thursday, Aug. 18, but results were not available at press time.

Dana Hills will compete in the Tesoro tournament this weekend before a trio of local contests next week. The Dolphins play at St. Margaret’s on Tuesday, Aug. 23, host JSerra on Wednesday, Aug. 24, and host a rematch against Laguna Beach on Thursday, Aug. 25.