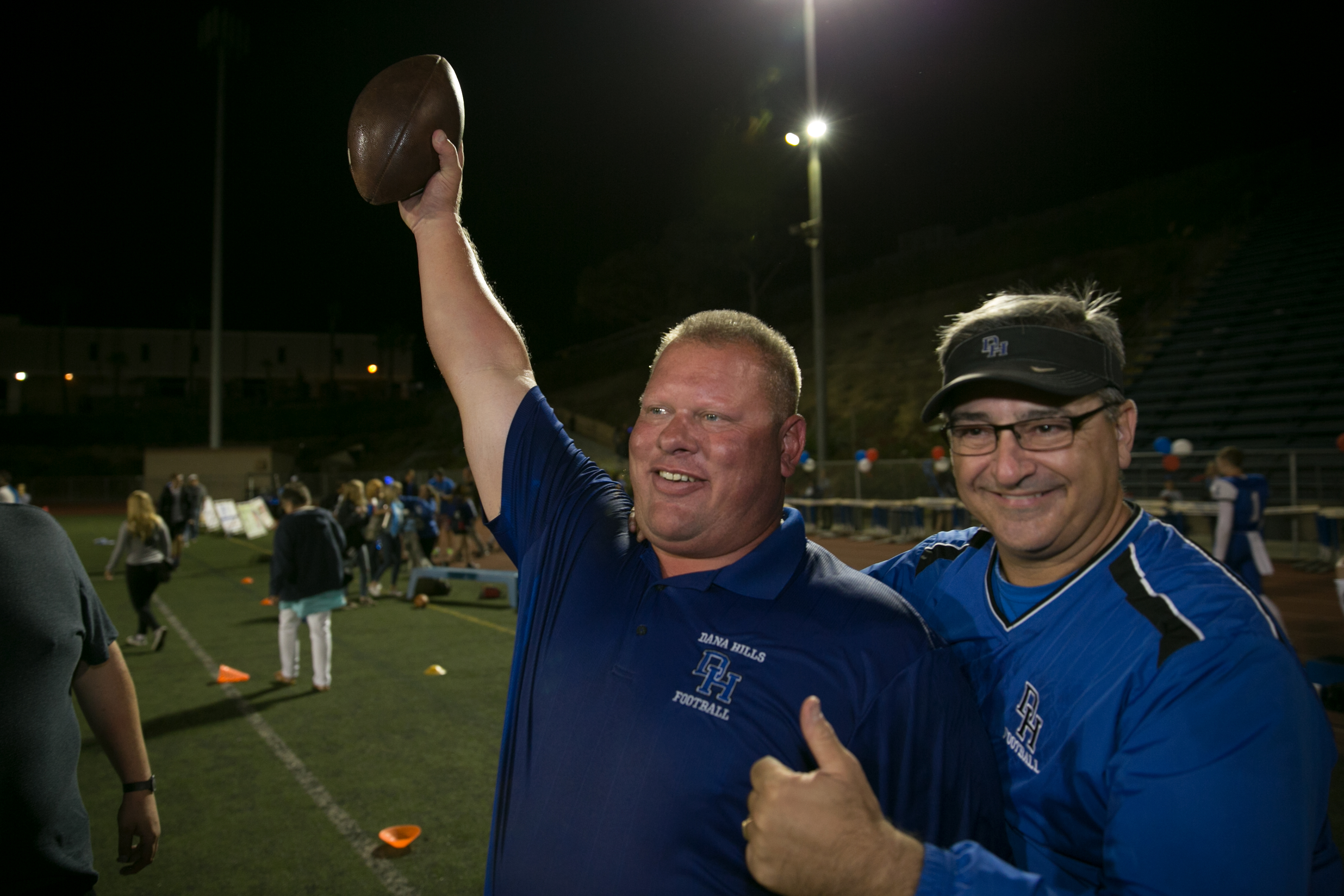 The game was never in doubt, as the Dolphins (1-4) offense settled into a groove early and did not let up. The defense did its part and Dana Hills, which lost a tough game against Santa Monica one week ago, would not be denied.

“Ever since January and February we’ve been dreaming of this. … It was a long time coming,” Cisowski said. “This win wasn’t just for us, the players. It’s for the coaches, the school and the whole Dana Point community.”

“We were all just on the same page,” Cisowski said. “Our offense is all about tempo and once we get rolling, we have each other’s backs, and there’s no stopping us once we get going.”

Dozens of local police, firefighters and armed forces personnel were honored as the team’s special guests for the night. Several first responders served as honorary captains.

“Now we’re 1-0 and we got a new streak. Every week it’s going to be 1-0 from here on out. That’s the only streak we care about,” head coach Phil Skinner said. “I feel like we have a good future ahead of us, and I feel like we’re taking the right steps to continue winning.”

Dana Hills will travel to play Fullerton (2-2) on Sept. 30. –Alan Gibby contributed to this report

Cross country runner Jack Landgraf burst onto the scene as a sophomore with a record-setting performance at the Dolphins’ own invitational meet one year ago. While he didn’t break any records this time around, Landgraf still proved to be the runner to beat at the annual event, as he claimed the individual title for a second consecutive year on Sept. 24.

The Dolphins’ boys team won the team competition, as John Turner (14:51.4) and Brandon Hough (14:53.8) finished eighth and tenth, respectively, to pack three runners inside the top-10 for a cumulative score of 66.