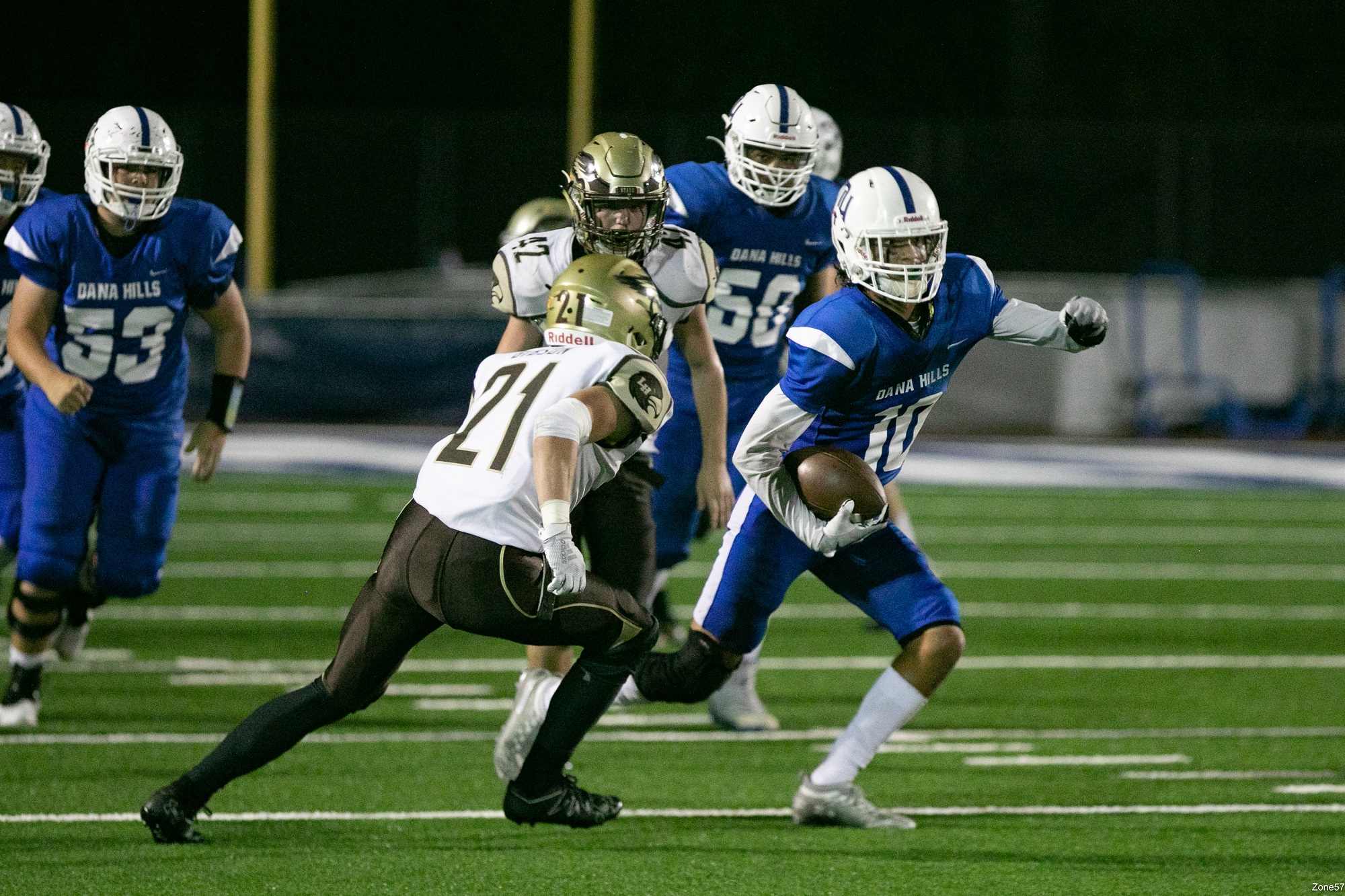 Dana Hills (6-1, 0-1), ranked No. 7 in CIF-SS Division 12, need to turn it around quickly after taking their first loss in overtime of their Sea View League opener against Laguna Hills (4-2, 1-0), because despite the strong start and ranking, there’s no guarantee of open wild card spots in the Division 12 playoffs. Dana Hills needs wins and help from elsewhere.

The Dolphins improved to 17-12 overall and 3-3 in league to set up a fight for second place in the South Coast League and Division 2 playoff seeding.

Dana Hills played at El Toro on Thursday, Oct. 10, but results were not available at press time. The Dolphins beat El Toro in four sets on Sept. 24. A win over El Toro would lock down third place and a guaranteed playoff berth for Dana Hills.

If Dana Hills beat El Toro, the Dolphins would sit a half-game behind San Juan Hills (19-6, 4-2) for second place in the league standings heading into their matchup at Dana Hills on Monday, Oct. 14. San Juan Hills, reigning four-time league champion, finishes league at home against Aliso Niguel (12-3, 5-0) on Oct. 16.

CIF-SS playoff brackets will be released on Oct. 19 with wild card games on Oct. 22 and the first round on Oct. 24.