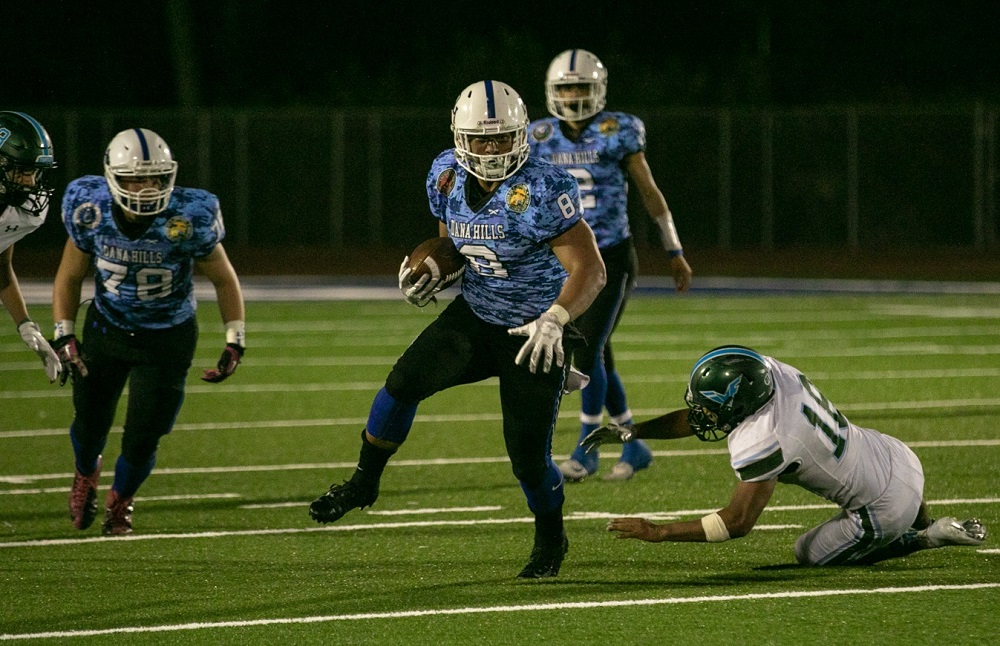 Dana Hills football could be entering a safe haven with its Sea View League opener at Laguna Hills on Friday, Sept. 28.

After a 2-1 start, the Dolphins have lost three in a row, scored a combined 17 points and are coming off a shutout at home against Ocean View.

Laguna Hills was also Dana Hills’ only league win last season when the Dolphins shut out the Hawks, 10-0, in the league opener.

Dana Hills girls volleyball bounced back from an opening-match loss in pool play to sweep its way to the gold bracket championship in the La Jolla Coastal Classic tournament on Saturday, Sept. 22.

Dana Hills hosted Aliso Niguel on Thursday, Sept. 27, but results were not available at press time. The Dolphins travel to Trabuco Hills on Monday, Oct. 1 and host El Toro on Wednesday, Oct. 3.

On the girls side, the Dolphins finished third in the Division 1 senior/invitational team standings with 90 points. El Toro took the title with 49 points, and Great Oak finished second with 51 points.

The Dolphins will run next at the Central Park Invitational in Huntington Beach and at the site of November’s state championships at the Clovis Invitational in Fresno. Both races are on Oct. 6