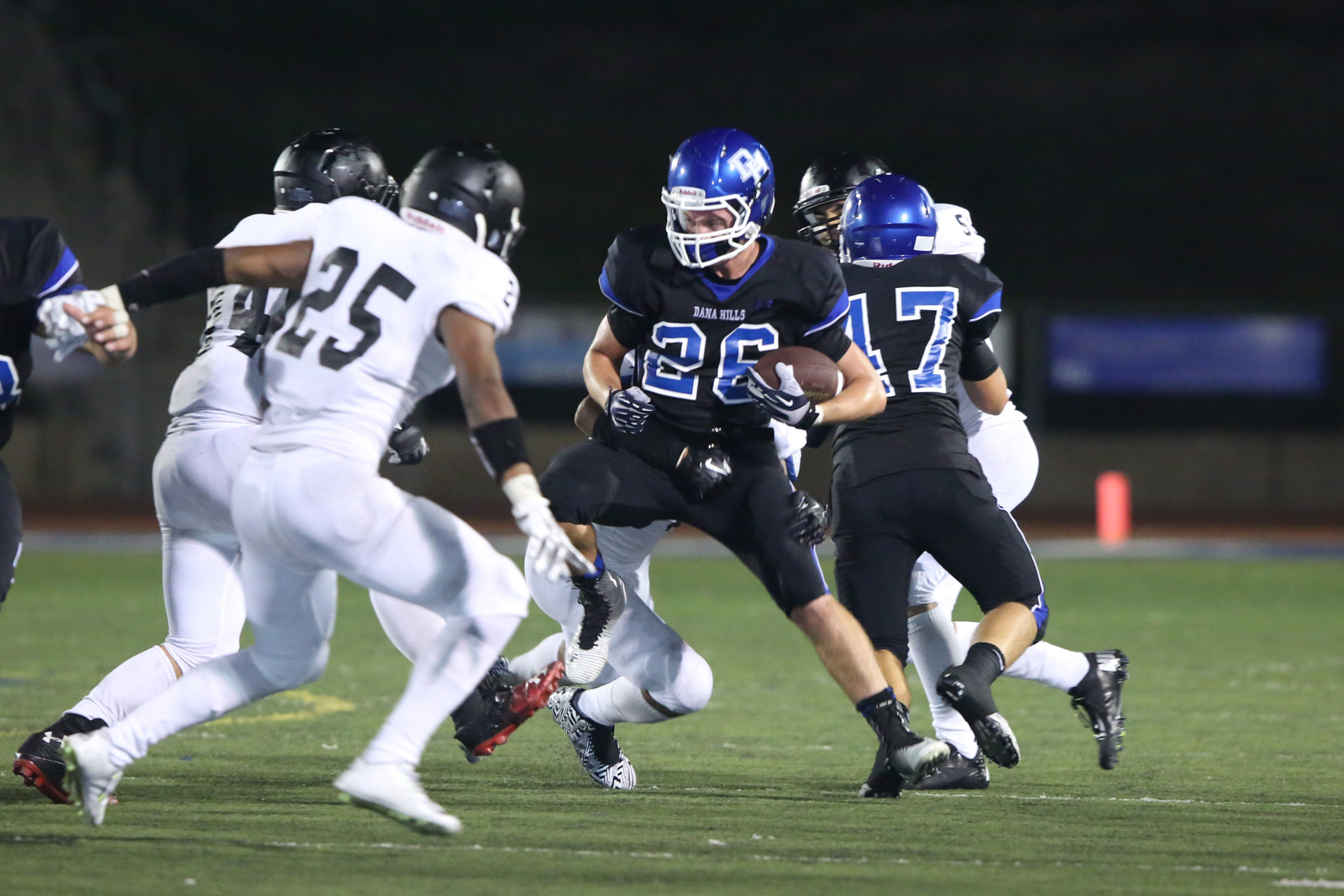 For in-game updates, news and more on all of the Dana Hills High School fall sports programs, follow us on Twitter @SouthOCsports.

The Dana Hills football game lost back to back games against Tustin and Corona del Mar, respectively, to start their 2014 campaign.

Against Tustin in their season opener, the Dolphins were plagued by turnovers and a slow start.

The first half was all Tustin, as the visitors piled up a healthy 20-0 lead at halftime. The second half, however, belonged to Dana Hills. The Dolphins righted the ship in the third quarter and slowly chipped away at the Tillers’ lead.

Dana Hills narrowed the score following a touchdown pass from Cole Wilber to Jay Schuyler and a touchdown run by Brian Scott in the fourth quarter to make it 20-14.

The Dolphins had a chance to take the lead with the clock winding down in the fourth, but a Hail Mary attempt by Wilber was intercepted in the end zone to seal the win for the Tillers.

The Dana Hills boys and girls cross country teams come into the new season on the heels of successful runs in 2013.

Both the boys and girls teams were named the No. 3 team in their respective CIF-SS Preseason Rankings. Both teams compete in Division 1.

The two teams will open their seasons at the Laguna Hills Invitational at Laguna Hills High School on Sept. 13.

The boys team will have the benefit of fielding returning standout junior Jake Ogden, the reigning 2013 CIF-SS Division 1 champion.

The Dana Hills girls golf team opened their 2014 season with a 216-236 nonleague victory over Trabuco Hills at El Niguel Country Club on Sept. 2.

The Dolphins’ Tori Hummel earned medalist honors after shooting a 37 (+1) on the front nine.

The Dana Hills girls volleyball team is set to play a nonleague game against Edison on Sept. 11 before jumping into tournament play the following day.

From Sept. 12-13 the Dolphins will compete in the Dave Mohs Tournament.