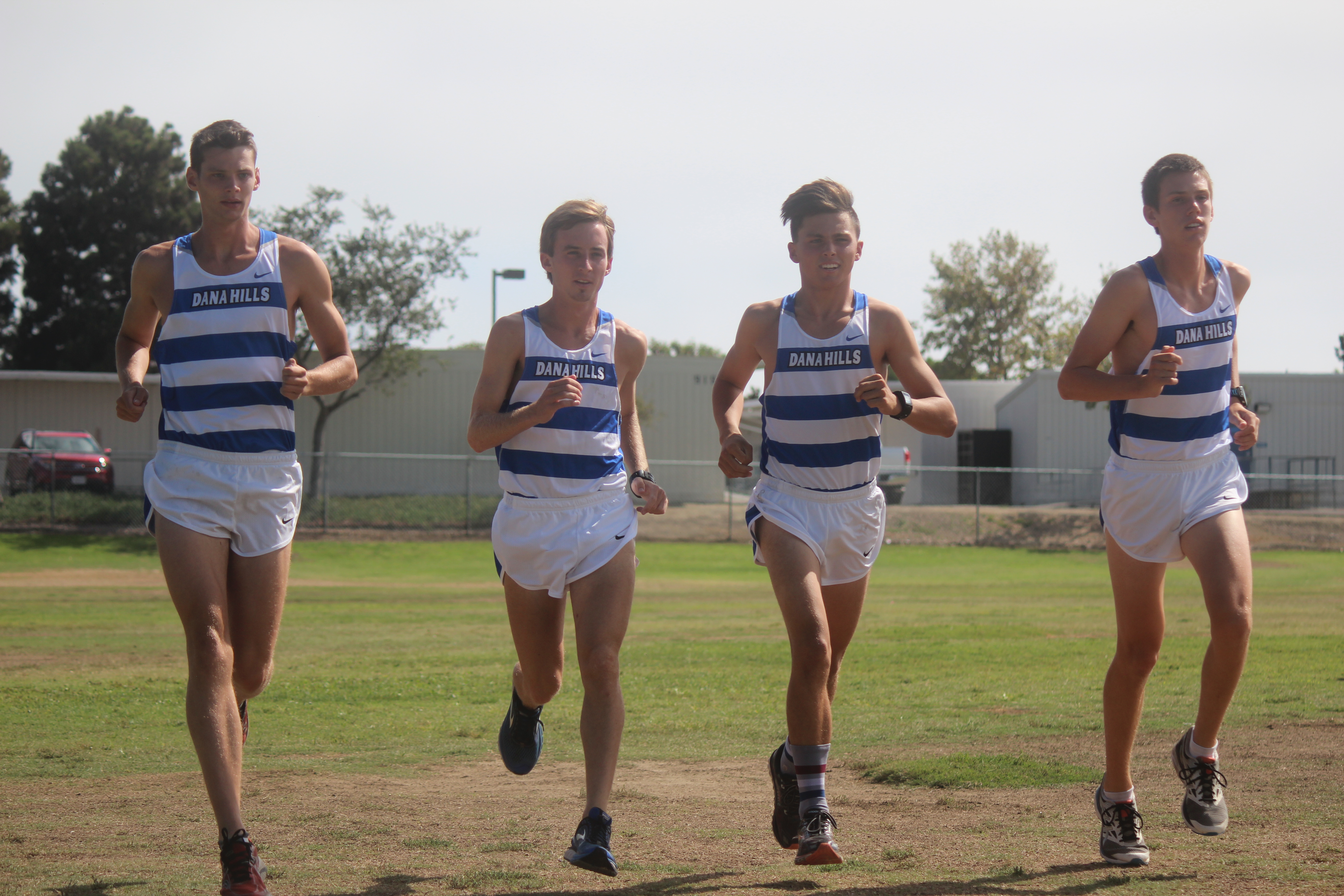 In a rematch of last year’s CIF-SS Division 2 Championship match, the Dana Hills and Foothill boys water polo teams squared off in the postseason again on Nov. 9, although this time in a slightly different arena.

Both the Dolphins and the Knights made the jump up to Division 1 this offseason due to the CIF-SS’s competitive equity initiative. The two met in the first round of the Division 1 playoffs, and Foothill came away with a 10-6 victory.

The Knights got a five-goal performance from Joe Molina, and goalie Arash Izadmanesh made eight saves in the win.

Dana Hills was led by Jack McLaughlin, who scored three goals and had three steals.

It was the second straight year in which the Knights ousted the Dolphins from the playoffs.

Dana Hills finished the season with a 16-13 overall record and placed second in the South Coast League.

In yet another battle with their rival Great Oak, the Dana Hills boys cross country team placed second at the CIF-SS Division 1 Finals race in Riverside on Nov. 19.

The Dolphins, who bested Great Oak in last year’s installment of the race, were led by junior Jack Landgraf. Landgraf was Orange County’s fastest runner at the meet, finishing in a time of 14:50. Landgraf placed fourth overall in Division 1.

Both the Dana Hills boys and girls cross country teams will advance to the CIF State Championships at Woodward Park in Fresno on Nov. 26.

Dana Hills senior Joan Soewondo competed at the CIF-WSCGA SoCal Regional tournament on Nov. 10, and shot a 77 (+5). Soewondo did not make the cut to advance to the CIF State Championship.

It was the third straight season in which Soewondo qualified for the penultimate tournament of the high school golf season at Arrowhead Country Club in San Bernardino. Only nine golfers from the SoCal regional advance to the state tournament every year.