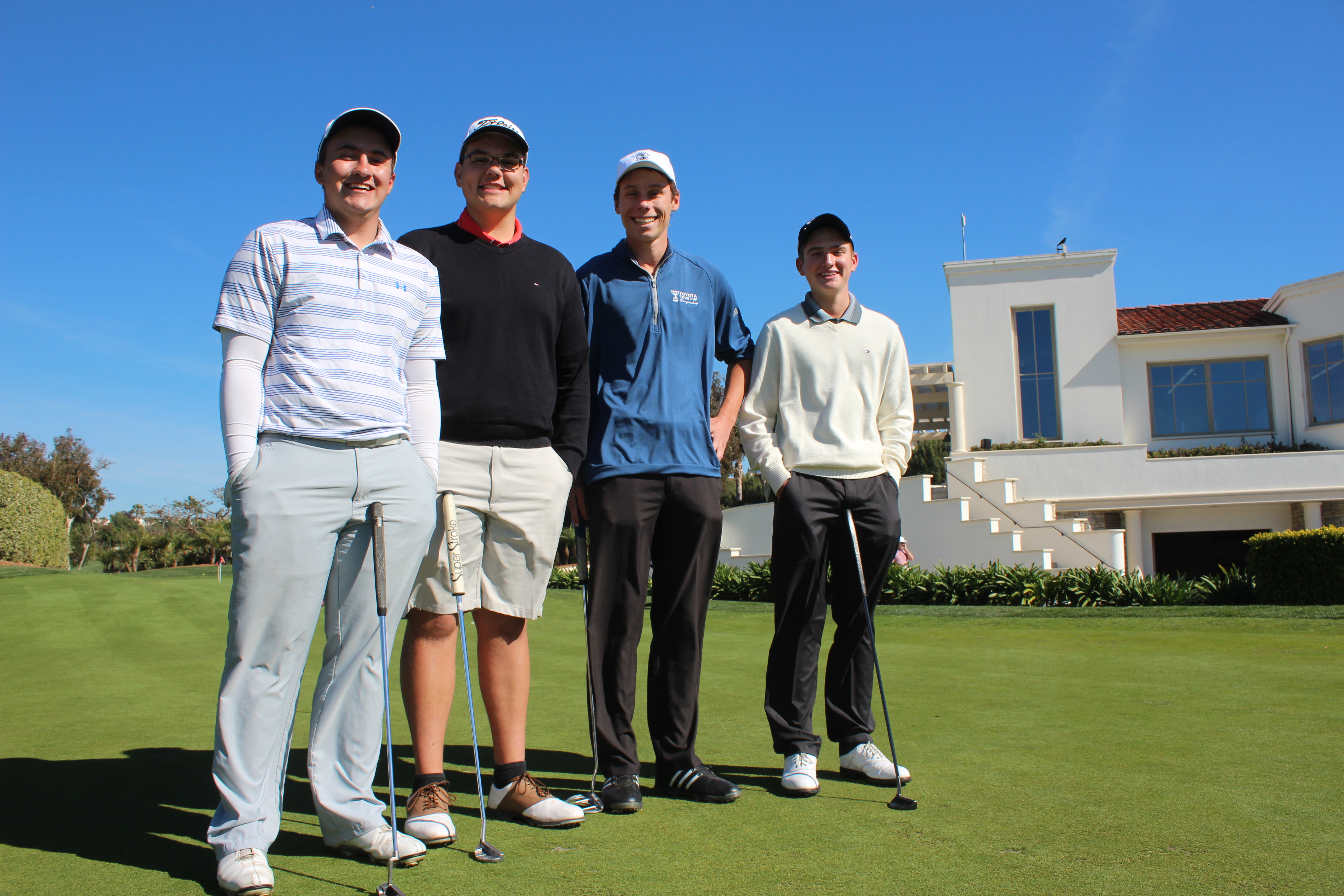 The teams met the next day at El Niguel Country Club and both finished with scores of 204. The match went to the sixth-man tiebreaker and Dana Hills was determined the winner. Dana Hills’ Tanner Podres and the Tritons Austin Briggs each shot 36 (E) to earn match medalist honors.

Dana Hills is now set for a pivotal two-match series against Tesoro April 14-15. The Dolphins and Titans have been the perennial frontrunners in the South Coast League for several years.

The Dana Hills and San Clemente boys volleyball teams were set to continue their historic rivalry in a South Coast League match on April 2. Results were not available at press time.

Both the Dolphins (15-2, 2-0) and Tritons (10-1, 1-0) have had successful starts to their seasons and are coming off three-set sweeps of league foe Trabuco Hills.

The only blemish on the Dolphins resume this year is a loss to reigning CIF-SS Division 1 champion Huntington Beach in the semifinals of the Orange County Championship tournament on March 21.

Dolphins Lacrosse Win Back to Back Games

The Dana Hills boys lacrosse team went down to the wire against Mission Viejo and Laguna Hills on March 30 and March 31, respectively, pulling off overtime wins in both matches.

With the win over the Hawks and Diablos, the Dolphins (5-5, 3-0) have now won three Sea View League games in a row. Their first league win came against San Juan Hills on March 27. Senior Logan Perry had three goals and two assists and junior Colton Brown tallied three more goals in the win over the Stallions.

The Dolphins were set to play Beverly Hills on April 1. Results were not available at press time. Dana Hills’ next league match will be on the road against Mission Viejo on April 16.

The battle for the South Coast League dual meet track and field championship usually comes down to Mission Viejo and Dana Hills. This year, the Dolphins got the better of the Diablos following a 77-59 victory on March 26.

The Dolphins were set to compete in another dual meet, against Aliso Niguel, on April 2. Results were not available at press time.

Results for the girls track and field team’s meet against Mission Viejo were not available at press time.

Dana Hills will compete at the high-profile Trabuco Hills Invitational on March 3.