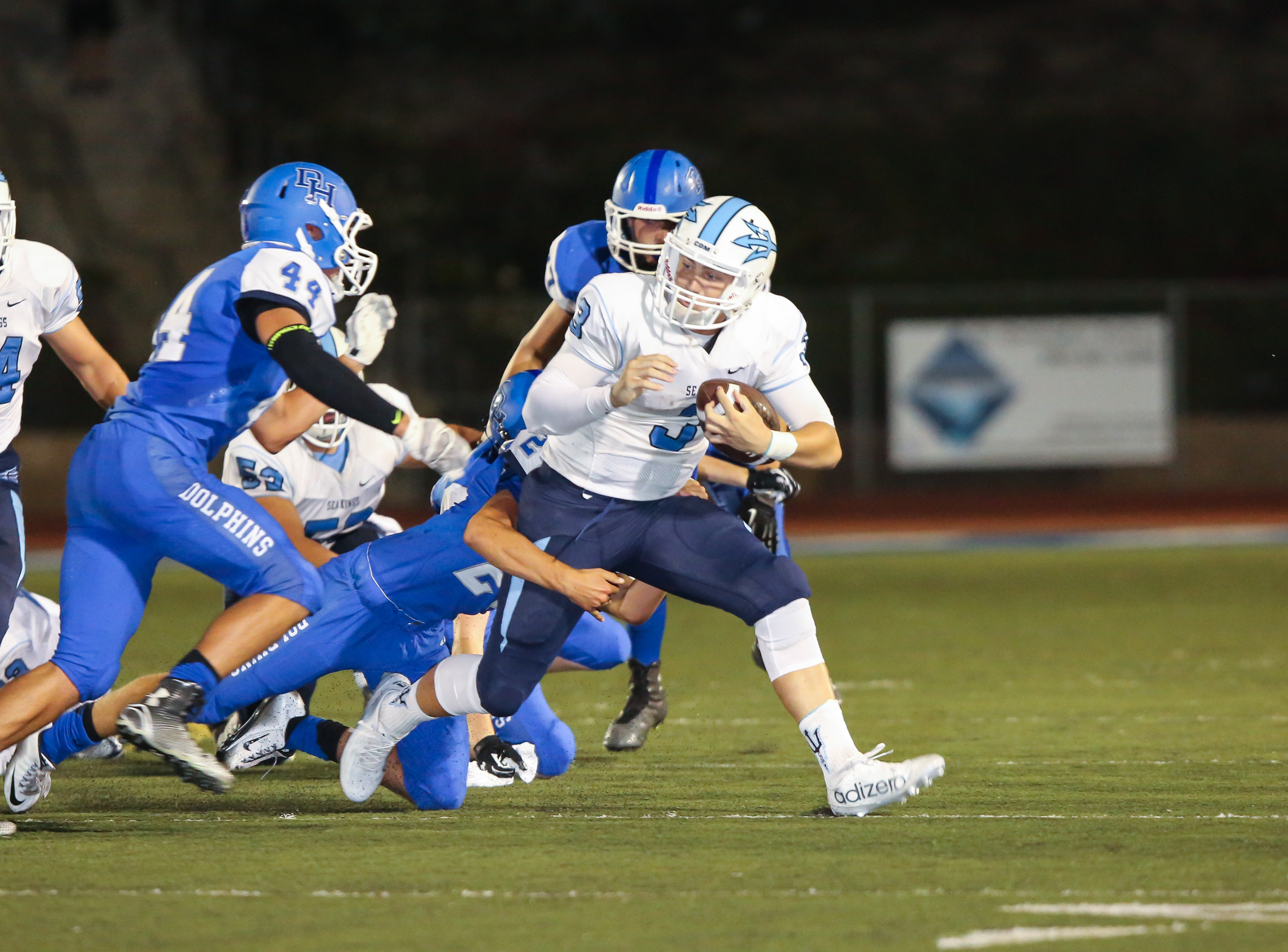 Garbers turned in an efficient performance, completing 16 of 22 passes for 258 yards to go with his five touchdown passes. Senior receiver Peter Bush led the Sea Kings with five catches for 81 yards and a touchdown.

The Dolphins’ (0-2) junior running back Joe Rice scored on a 3-yard touchdown run in the third quarter and, minutes later, junior Zack Schuman scored on a 32-yard run.

The Dolphins have been outscored 126-28 two games into their difficult nonleague schedule.

Dana Hills will play host to rival San Clemente on Sept. 11. The Tritons (1-1) returned to form in their second game of the season against Huntington Beach on Sept. 4, running away with a convincing 51-21 victory. The San Clemente offense will be directed by junior quarterback Jack Sears, junior running back/wide receiver Brandon Reaves and senior tailback Vlad Dzhabiyev.

The game between the Dolphins and the Tritons will feature a tribute to local first responders. The Orange County Sheriff’s Color Guard will have a demonstration before the game and the local agency’s helicopters will do a fly-over during a pre-game ceremony. Representatives from the Sherriff’s department and the Orange County Fire Authority will serve as honorary captains for the game. The game is set to begin at 7 p.m.

The boys team entered the season as the No. 2 ranked team in the DyeStatCal state rankings.

The girls team entered the season as the No. 20 ranked team in the state, according to DyeStatCal.

The boys cross country team will compete at the Laguna Hills Invitational on Sept. 12. Both the girls and boys teams will make their annual trip to Hawaii on Sept. 19 to take part in the Kualoa Ranch-Hakipuu race.

After starting their season with three consecutive losses, the Dana Hills girls volleyball team was set to host Huntington Beach and travel to compete in the Dave Mohs Tournament Sept. 11-12.

The Dolphins (0-3) dropped their first three games to Mira Costa, Santa Margarita and JSerra. They will continue to play top-level opponents at the Dave Mohs Tournament.